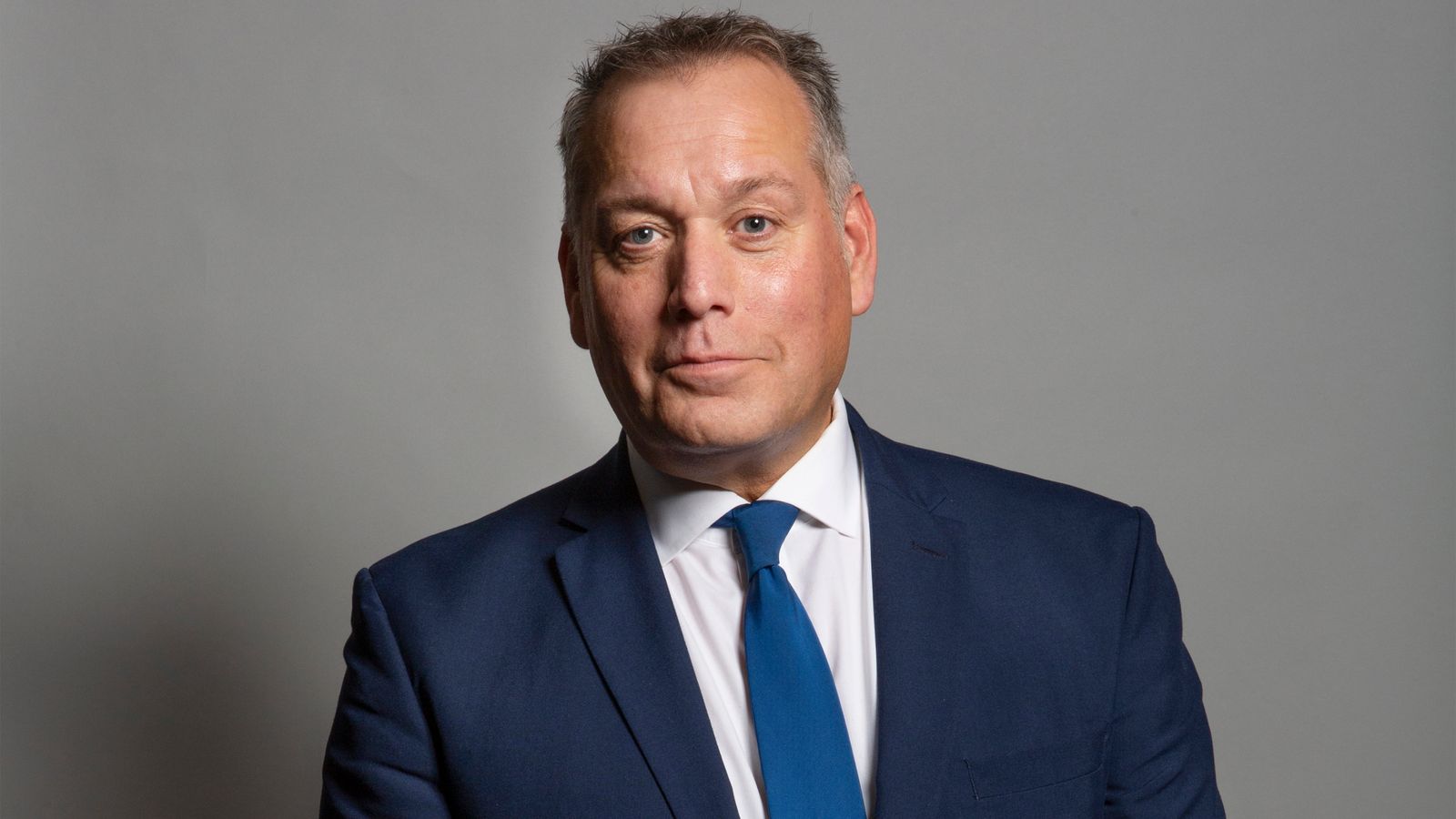 Tory MP David Warburton has told friends he has been admitted to a psychiatric hospital after allegations about his behaviour were made in a Sunday newspaper, Sky News understands.

The MP has said he is being treated “for severe shock and stress”, adding: “This has been sheer hell.”

The Somerton and Frome MP has had the Tory whip withdrawn pending an investigation into allegations about his conduct, which are being examined by Parliament’s Independent Complaints and Grievance Scheme (ICGS).

It is understood the investigation is into complaints of sexual misconduct, which Mr Warburton denies.

It follows an investigation by the Sunday Times newspaper.

The ICGS is the first of its kind in any parliament in the world and aims to tackle “inappropriate behaviour” within the parliamentary workplace.

The Telegraph said the ICGS received a report claiming the MP had behaved inappropriately.

The newspaper cited the MP as saying: “I have enormous amounts of defence, but unfortunately the way that things work means that doesn’t come out first.

“I have heard nothing whatsoever from the Independent Complaints and Grievance Scheme. I’m sorry, I can’t comment any further.”

A spokesperson for the Whips Office confirmed that the Conservative whip had been removed from Mr Warburton while an investigation takes place.

It is believed Mr Warburton has been advised to stay away from the parliamentary estate while the allegations are investigated.

Mr Warburton was first elected in 2015 with a majority of 20,268, or 53% of the vote. According to the MP’s website, at 18.3%, this represented the largest constituency swing to the Conservative Party.

The MP for Somerton and Frome is also the current chair of the All-Party Parliamentary Group (APPG) on Music and was previously a member of the Commons European Scrutiny Committee.