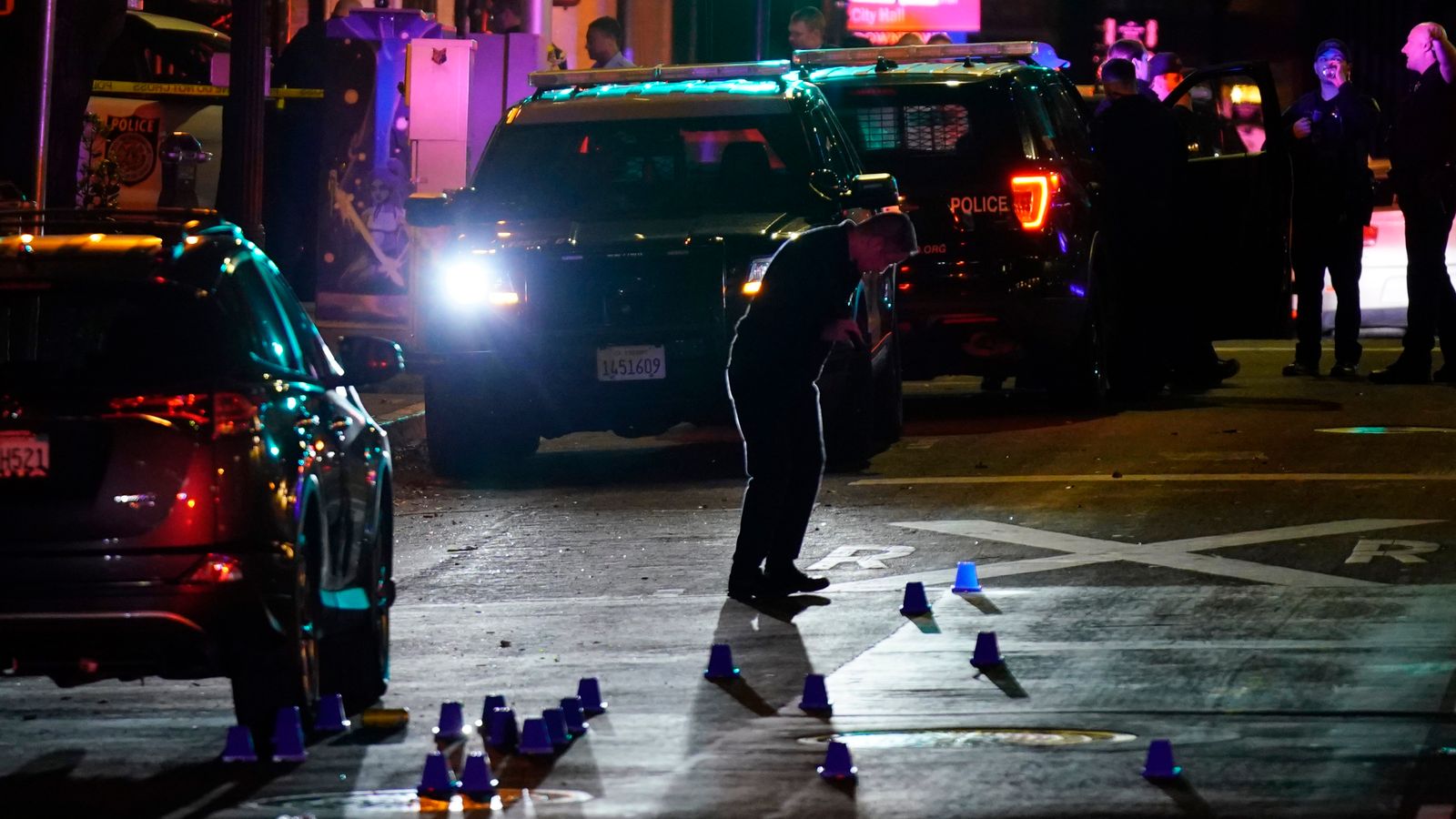 Sacramento Police have said they have made an arrest after a mass shooting in California’s state capital during the early hours of Sunday morning.

Police said that more than 100 shots were fired in the Sacramento mass shooting, which killed six people and left 12 wounded.

26-year-old Dandre Martin, 26, has been arrested as a “related suspect” on assault and illegal firearms charges.

Detectives and Swat team members found a handgun during searches of three homes in the area.

Earlier, authorities said they were looking for multiple suspects following the 2am shooting.

Gunfire erupted just after a fight broke out on a street lined with an upscale hotel, nightclubs and bars, police said they are investigating whether the row is connected to the shooting.

Witness videos on social media show rapid gunfire for at least 45 seconds as people scream and run for cover.

The gunfire startled guests at the Citizen Hotel, which included a wedding party and fans of the rapper Tyler the Creator, who performed at a concert hours earlier.

Following the shooting, Sacramento’s mayor Darrell Steinberg said: “We can never accept it as normal and we never will”.