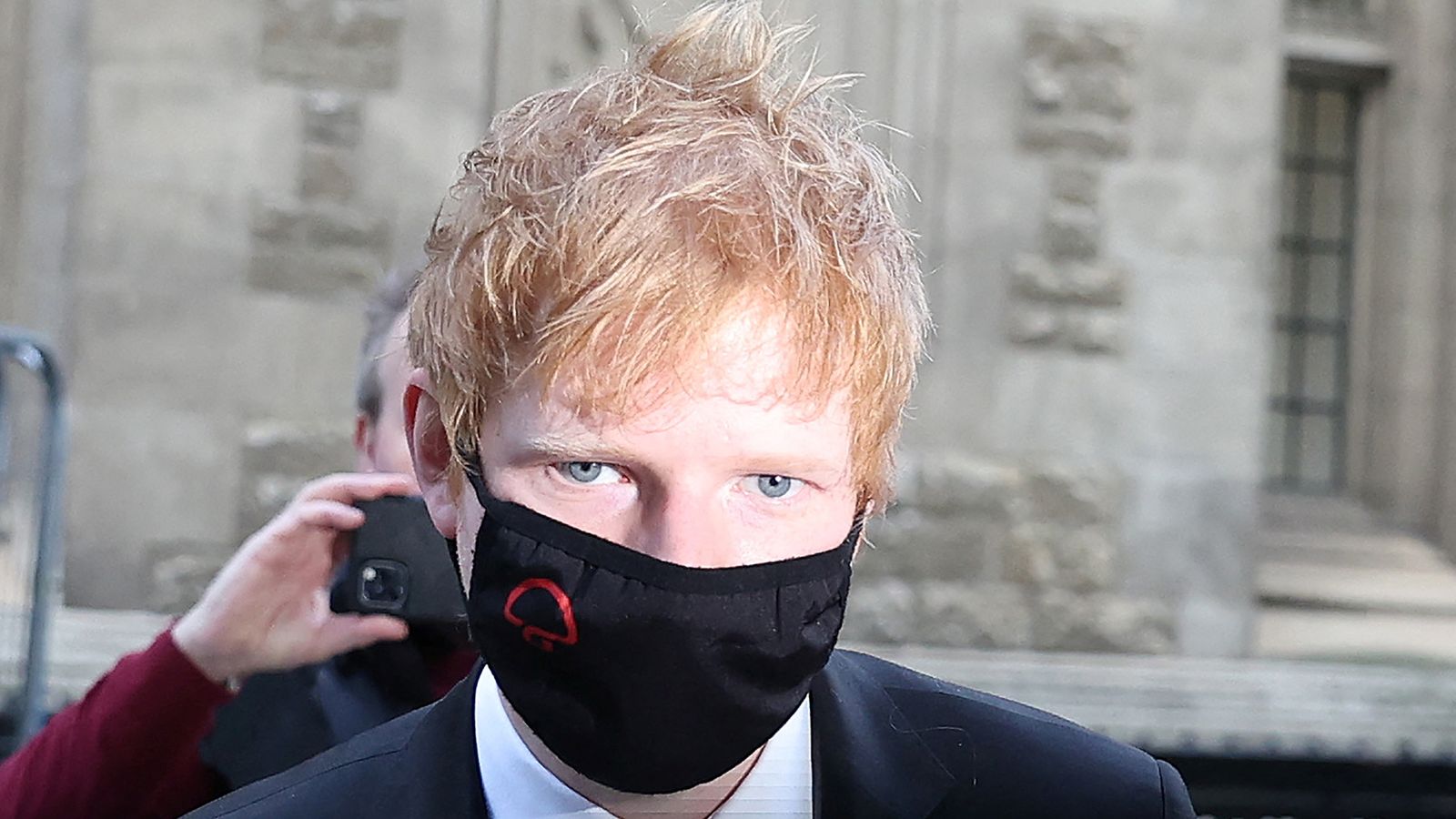 Ed Sheeran has won his High Court copyright trial against two songwriters who claimed he ripped off part of one of their songs for his huge 2017 hit Shape Of You.

Sheeran and two of his co-writers – Snow Patrol’s Johnny McDaid and producer Steve McCutcheon, known as Steve Mac – had been accused of plagiarising part of a track called Oh Why by Sami Chokri, a grime artist who performs as Sami Switch.

But giving his ruling on Wednesday following the trial in March, Mr Justice Zacaroli said Sheeran “neither deliberately nor subconsciously” copied a phrase from the song when writing Shape Of You.

The judge said that while there were “similarities” between the OW (Oh Why) hook and the OI (Oh I) phrase, there are also “significant differences”.

Chokri and his co-writer Ross O’Donoghue claimed a central “Oh I” hook in Shape Of You is “strikingly similar” to the “Oh Why” refrain in their own composition, with Chokri telling the court he felt “robbed” after he heard it.

However, Sheeran, McDaid and McCutcheon all denied being aware of Oh Why prior to writing Shape Of You.

Musicology experts gave contrasting views – with one telling the court it was “objectively unlikely” that any similarities between the tracks were a “result from copying”, while another said they were “so numerous and striking that the possibility of independent creation is… highly improbable”.

During two days spent in the witness box giving evidence, Sheeran told the court he is not an artist who “alters” words and music belonging to others to “pass as original”, and refuted an allegation that he “borrows” ideas from unknown songwriters without acknowledgement.

He told the court he “always tried to be completely fair” in crediting people who contribute to his music.

The star also denied using litigation to “intimidate” the less-famous songwriters, saying he was in court simply to “clear my name”.

Now, after going through all the evidence, the judge has ruled in Sheeran’s favour.

Boris Johnson sacks Michael Gove – one of the first serving cabinet members to wield the knife
Room to improve, but England starts Euro with win
Chicago shooting suspect dressed as a woman as he escaped
Ex-aide was backstage with Trump at his Jan. 6 rally. Here’s what she heard him say
‘Rolling roadblocks’ bring M4 to standstill as protesters target motorways over fuel duty