A new strategy for how the UK will produce more of its own energy is to be announced this week after several delays.

The government has confirmed it will publish the “Energy Security Strategy” on Thursday to help tackle soaring energy prices and reduce reliance on Russian oil and gas.

Boris Johnson promised the plan in “days” on 9 March but the date has been pushed back – believed to be because the Treasury was not happy with the long-term costs involved, especially with nuclear options.

Although the full plan is yet to be published, ministers have revealed some of the proposals.

But critics have said there are some key issues the government is failing to address.

Read more: UN’s climate change report warns it’s now or never – and scale of what needs to be done is daunting 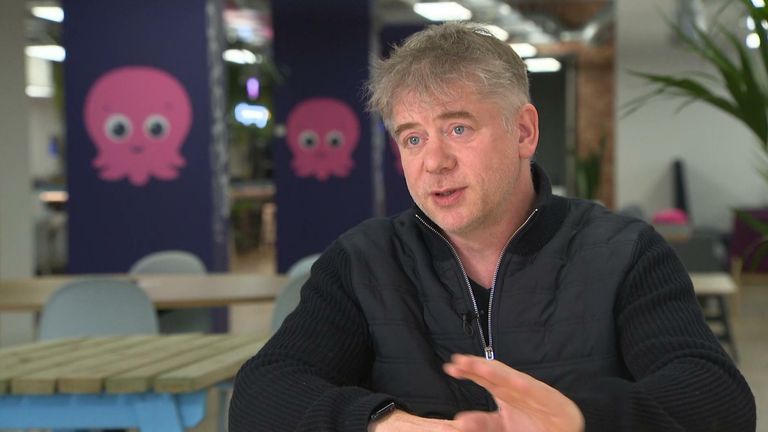 What do we know about the plans?

The government has already announced part of the plans to tackle soaring costs, with the average family’s energy bills rising by 54%.

As wholesale energy prices have risen, the energy price cap has been raised to £1,971 and is expected to rise again in October to take average household bills to about £2,300.

In an attempt to dampen the blow, the government is offering a £200 discount on all household bills from October, which will be paid back over five years.

And homes in council bands A-D will get a £150 discount on their council tax bill this month.

Read more: Will a move to renewables save us money on our energy bills? 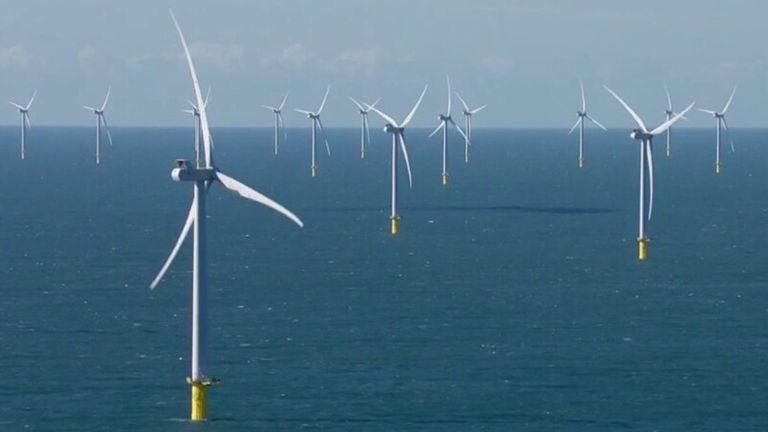 Energy strategy will ‘take a long time’ to deliver

Renewable energy will play a significant role in the plan, especially wind farms.

The goal for offshore wind generation is expected to be ramped up, with more offshore farms and a possible increase of the current target to generate 40GW – 25% of the UK’s energy – by 2030 from wind.

And the current strict planning rules for onshore wind farms are expected to be relaxed, despite the Cabinet being split on the issue. Mr Johnson’s spokesman said onshore turbines should be built when “locally supported”. The PM, however, appears to have shifted his support to offshore wind over concerns about onshore from colleagues.

Solar power is expected to be part of the plan, with suggestions tax incentives and grants to help lower costs in poorer neighbourhoods are needed. However, wind is set to be more of a focus.

Mr Johnson earlier this month wrote: “We will do more to exploit the potential of solar power. Even in this country, solar power is remarkably cheap and effective.

“We will modernise our grid and our distribution networks.” A large focus will also be placed on nuclear power, with the government anticipated to set out further detailed plans for building smaller modular reactors that take less time to construct.

Business Secretary Kwasi Kwarteng told The Sunday Telegraph a few days ago up to seven new nuclear power stations could be built by 2050.

On Thursday, the government is expected to commit to supporting the construction of at least two new large-scale nuclear plants by 2030, in addition to small modular reactors. Ministers are also set to announce a plan for weaning the UK off oil and gas from Russia as part of an interim plan to reduce reliance on hydrocarbons altogether.

They will seek to expand the UK’s own gas and oil supplies by pumping more from the North Sea, with the issuing of licences for six new projects to be brought forward.

And MPs are expecting to hear what the outcome is of ministers’ recent talks with Middle Eastern suppliers such as Saudi Arabia. Labour has accused the government of going “cap in hand” to dictators over the approach.

A new energy task force is set to be announced, with UK fossil fuel production as its main remit.

The government made a dramatic U-turn on its position on fracking in 2019, when it put a moratorium on the practice that pumps water, chemicals and sand underground at high pressure to fracture shale rock and release trapped oil and gas.

Its decision came after a new scientific study warned it was not possible to rule out “unacceptable” consequences for those living near fracking sites.

But fracking has raised its head again as the government tries to secure its own supplies and reduce energy bills, with the PM voicing support for a halt to projects to seal off the UK’s two remaining wells.

Brexit opportunities minister Jacob Rees-Mogg downplayed the earthquake risks from fracking on Monday and suggested “every last drop” of oil should be extracted from the North Sea.

On Tuesday, Business Secretary Kwasi Kwarteng announced he has commissioned the British Geological Survey to “advise on the latest scientific evidence around shale gas extraction”.

Downing Street appeared to not rule fracking out as it said the moratorium “still remains” but said the Ukraine war means the government needs to “look at all possible options for improving domestic energy supply”.

However, energy minister Greg Hands said: “Fracking is not the solution to near-term issues.”

The PM has committed to ending coal-fired power generation by October 2024, but The Times reported Number 10 is in discussions with EDF to assess whether its Nottinghamshire power plant, due to close in September, could extend operations.

Are there other issues the government could be looking at?

Labour has said the government should also be addressing insulation as a way of saving energy and reducing bills, but the Treasury and other departments have ruled this out.

The opposition party said it would upgrade 19 million homes to make them warm, energy efficient and cheaper to heat if it was in power.

Shadow environment secretary Jim McMahon said the Conservatives are “allowing taxpayers to bear the brunt of spiralling costs” after changes to energy efficiency programmes in 2013 saw installations drop by 92% that year, according to a Carbon Brief report.

Labour and the Lib Dems have proposed a windfall tax on fossil fuel companies so their large profits can be used to ease energy bills for vulnerable people.

However, the government has ruled this out as it said it would stop companies investing and those oil and gas companies employ thousands in the UK and support thousands more British jobs.