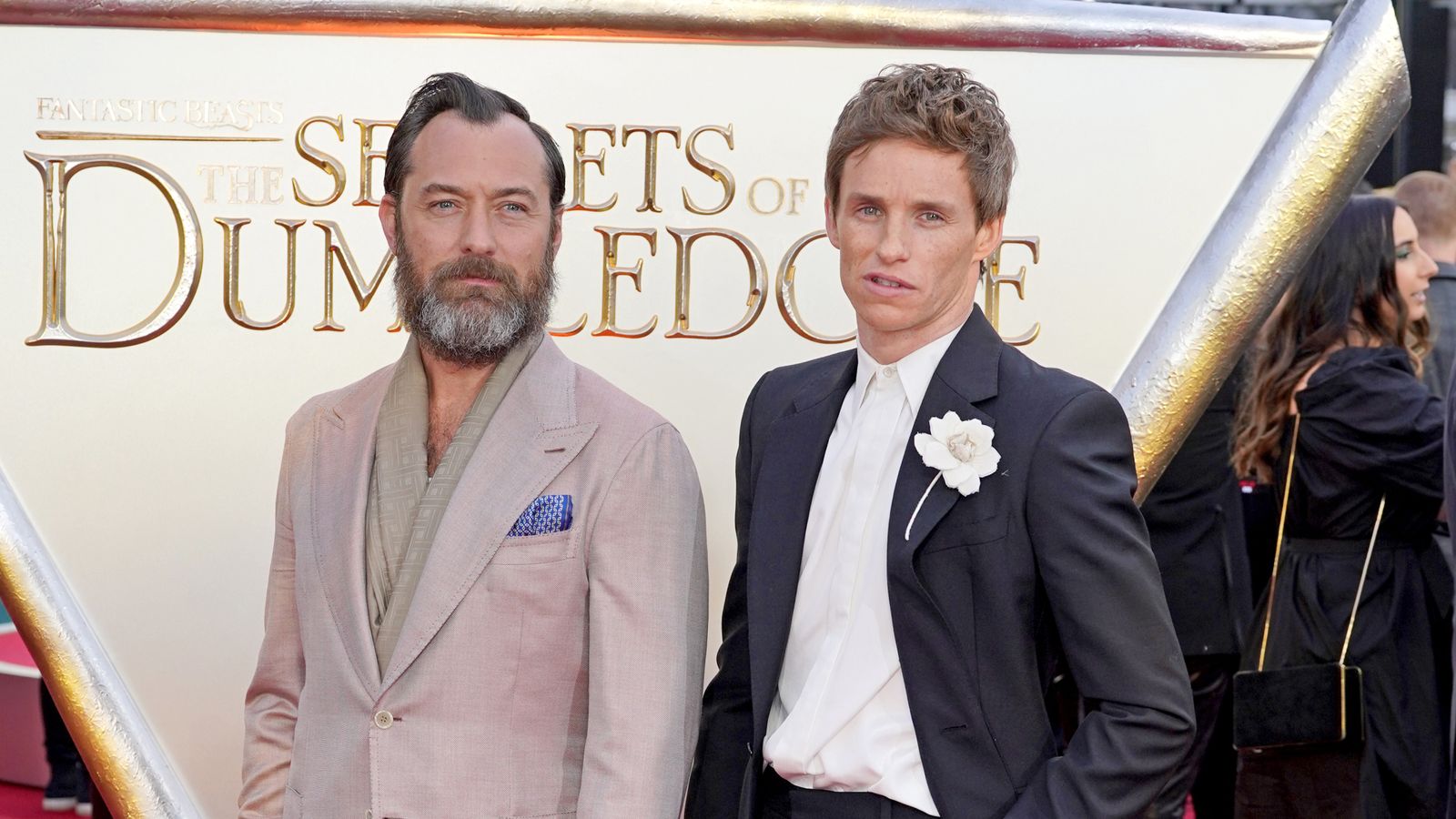 References to a gay relationship have been edited out of a new Fantastic Beasts movie for the Chinese market, Warner Bros. has confirmed.

Six seconds of Fantastic Beasts: The Secrets of Dumbledore have been removed following a request from the communist country, the studio said.

It aims to dispatch films worldwide “as released by their creators” but “historically” has faced “small edits made in local markets”, it added.

Author JK Rowling revealed Dumbledore was gay in 2007 after being asked by a young fan whether he ever finds love.

Rowling did not state whether Grindelwald had returned his affections, however.

Despite the change made to the new Fantastic Beasts movie, its “spirit remains intact”, a Warner Bros. spokesperson said.

They commented: “We want audiences everywhere in the world to see and enjoy this film, and it’s important to us that Chinese audiences have the opportunity to experience it as well, even with these minor edits.”

The film shows how Dumbledore worries as Grindelwald moves to seize control of the wizarding world.

Unable to stop him alone, he entrusts Magizoologist Newt Scamander to lead a team of wizards, witches and one brave Muggle baker on a dangerous mission.

Time magazine reveals its 2022 Person of the Year
England’s World Cup starts now with France a formidable quarterfinal opponent
U.S. pledges to ramp up supplies of natural gas to Britain as Biden and Sunak seek to cut off Russia
Iranian government says widespread protests are a ‘political plot’ by Kurdish separatists
Tesla Model 3 prototype spotted ahead of rumored design refresh