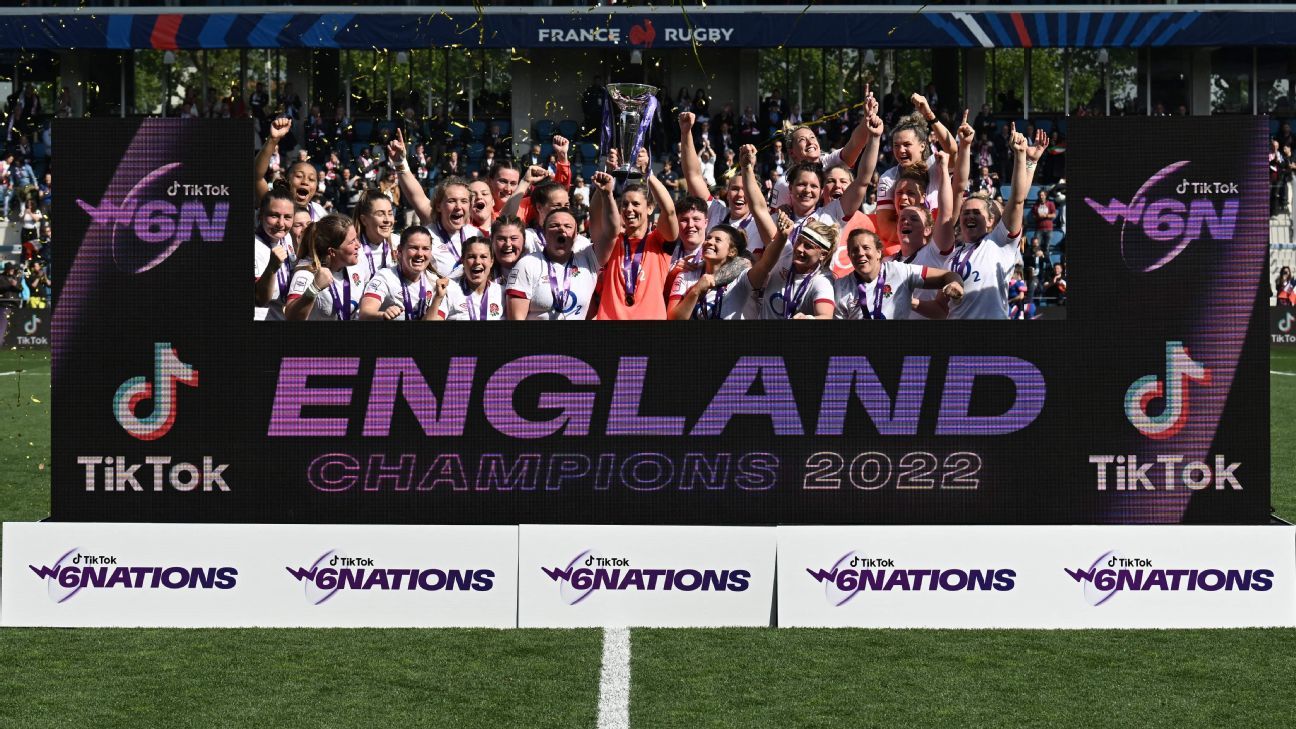 England secured a fourth Six Nations Grand Slam in six years as they beat France 24-12 in Bayonne on Saturday.

The victory makes it four consecutive Six Nations titles for the Red Roses, who have demonstrated their dominance by only conceding four tries in this year’s competition.

France gave England their toughest test so far and the Red Roses had to come from behind after an early France score from Romane Menager.

Two converted first-half tries from Sarah Bern and another from Abbie Ward put the Red Roses ahead before an Emily Scarratt penalty extended England’s lead.

France fought back in the second half with a try from prop Annaelle Deshaye, but England held on for their 23rd Test victory in a row.

“It means so much every time we get to have a Grand Slam,” captain Scarratt said. “Some players weren’t in the squad for this match and this is for every person who has played during this Six Nations.

“In the first half we were in control but you never have it all your own way against a top team like France.

“Our forwards were phenomenal and got through so much work. There are things to look at but now we want to celebrate it because it’s been a hard campaign.”

England have now won 10 consecutive games against France, and will next face Les Bleus in the World Cup pool stage.

The victory, coupled with an impressive run in the Autumn Internationals, cements England as favourites for the competition taking place in New Zealand in October.

Quick Charge Podcast: June 21, 2022
PM expects people will ‘beat me up’ after by-election losses – as he warns public of ‘tough times’ ahead
Taliban ask for aid after earthquake kills more than 1,000 in Afghanistan
Fierce local battles over power lines are a bottleneck for clean energy
Source of polio virus could be narrowed down to house or street, minister says