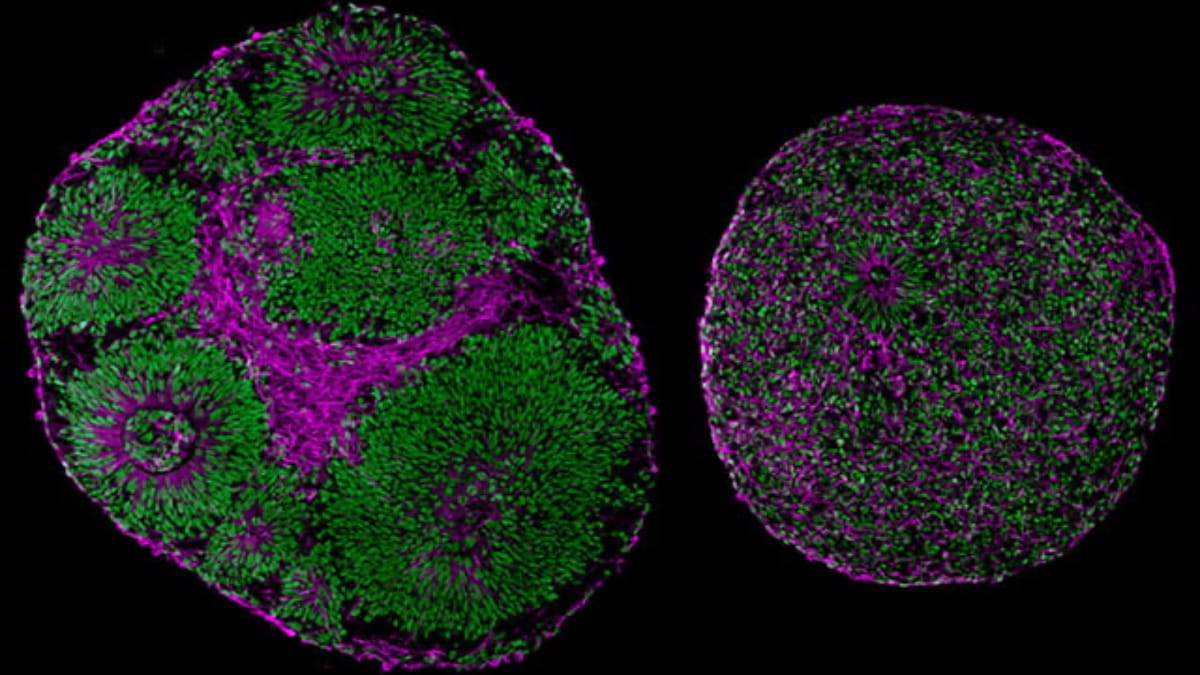 Autism, a development disorder, can end up impairing a person’s ability to communicate and interact. It affects the nervous system and affects cognitive, social, emotional and physical well-being of an individual. To understand the symptoms disorder in detail, a team of researchers studied lab-grown brains developed from human cells and uncovered changes in neurological structure that could be behind an autism spectrum disorder (ASD) known as Pitt-Hopkins syndrome. The team was also able to recover lost genetic functions using two different therapy strategies. With the findings, researchers hope to find a way for treatment that could give people with autism a way to improve their life.

Pitt-Hopkins syndrome (PTHS) stems from a mutation in a DNA-management gene called transcription factor 4 (TCF4). A complex condition that presents with a range of severity, it often has a severe impact on motor skills and sensory integration. Changes in TCF4 gene can also lead to other forms of autism and neurological conditions, including schizophrenia.

The researchers from the University of California San Diego (UC San Diego) and University of Campinas in Spain studied the genes in an environment as close to a developing brain as they could ethically get. They used skin cells taken from volunteers with confirmed Pitt-Hopkins syndrome and reprogrammed them into stem cells, which formed the basis of the lab-grown brain-like mass, a simplified version of a real brain.

The researchers then studied the progress of tissues and compared them against tissues from more typical TCF4 genes. “Even without a microscope, you could tell which brain organoid had the mutation,” senior study author Alysson R. Muotri from UC San Diego said in a statement.

The findings were recently published in the journal Nature Communications.

The TCF4-mutated organoids were significantly smaller than normal organoids, and many of the cells were neural progenitors rather than neurons, according to the researchers. This indicates that there were fewer neurons in the cortex.

The researchers found that they could return at least some of the neural diversity and electrical activity to the cortical areas of the organoids by artificially supporting a specific type of signaling that occurs across cell membranes. Genetically correcting the TCF4 mutations in the tissues also reversed the mutation’s effects.

Interested in cryptocurrency? We discuss all things crypto with WazirX CEO Nischal Shetty and WeekendInvesting founder Alok Jain on Orbital, the Gadgets 360 podcast. Orbital is available on Apple Podcasts, Google Podcasts, Spotify, Amazon Music and wherever you get your podcasts.
This article was originally published by Gadgets360.com. Read the original article here.