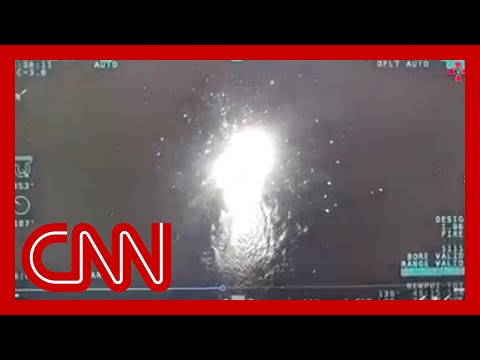 Videos
Two Russian Raptor patrol boats were destroyed near Snake Island by a Ukrainian Bayraktar drone, the Ukrainian Ministry of Defense reported, citing the head of the Armed Forces General. Video of the drone targeting one of the Raptor patrol boats near the island in the Black Sea was included in the MOD post. Moscow is yet to confirm or react to the claim. #CNN #News