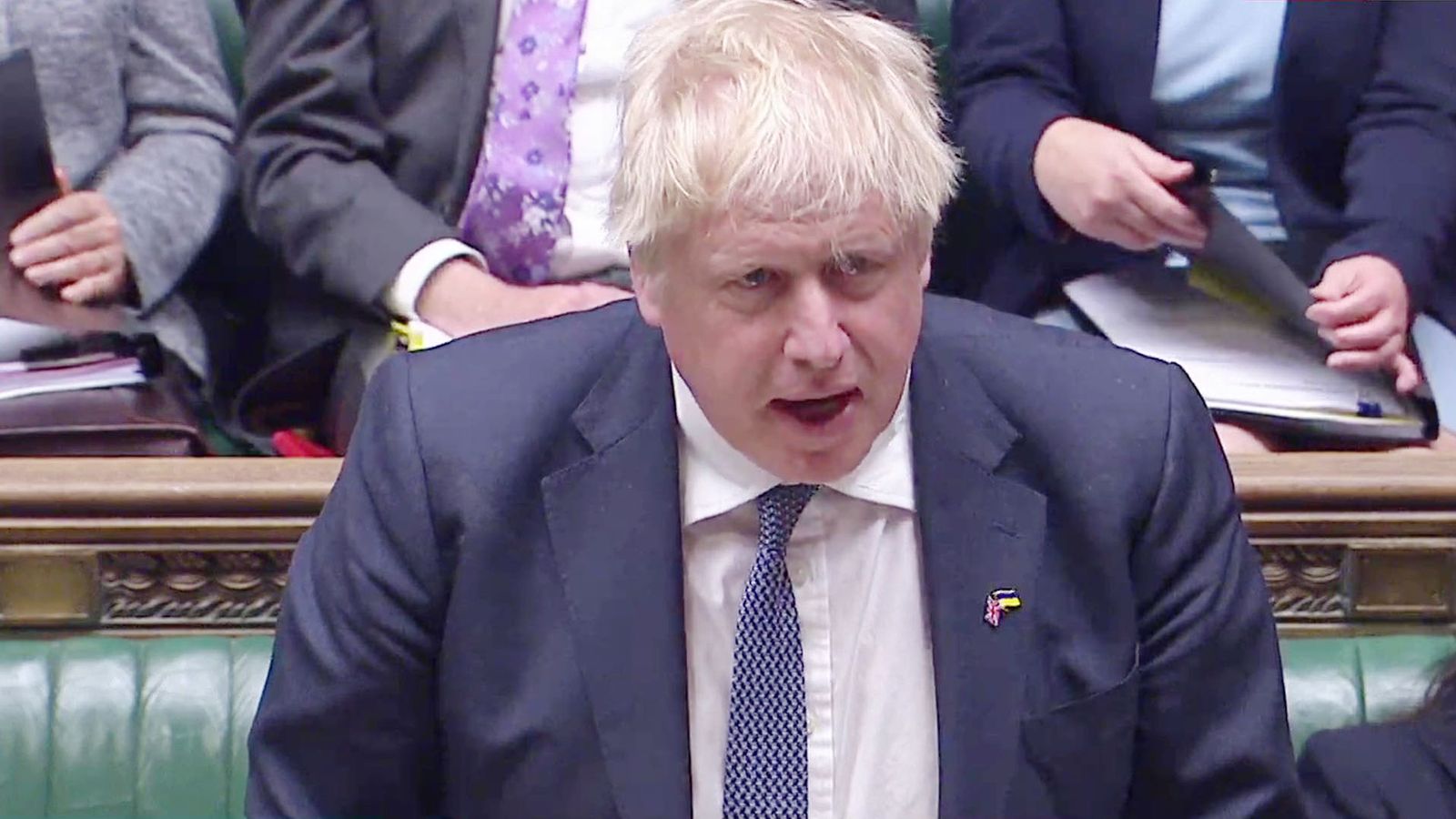 Boris Johnson has hinted at an announcement about addressing the cost of living crisis in coming days – but the Treasury swiftly denied there would be an emergency budget.

The prime minister came under pressure over the surge in prices facing British households during the Commons debate on the Queen’s Speech, which sets out the government’s legislative agenda.

Labour leader Sir Keir Starmer claimed the government was “bereft of ideas” as the nation heads towards a “stagflation crisis” – using the term to describe when weak economic growth is combined with high inflation.

Mr Johnson acknowledged that the aftershocks from the pandemic had seen energy and food prices surge across the world but said that the government had “the fiscal firepower to help families up and down the country with all the pressures they face now”.

He added: “We will continue to use all our ingenuity and compassion for as long as it takes and the chancellor and I will be saying more about this in the days to come.”

A Treasury spokesman said immediately after the PM’s comments that there would be no emergency budget.

Last month, chancellor Rishi Sunak said he would need to see how far fuel prices go up before coming forward with new measures.

“Depending on what happens to bills then, of course, if we need to act and provide support for people, we will,” he told Mumsnet at the time.

“But it would be silly to do that now or last month or the month before when we don’t know exactly what the situation in the autumn will be.”

‘We cannot spend our way of this problem’

Later during his address to the Commons, the prime minister said: “However great our compassion and ingenuity, we cannot simply spend our way out of this problem.

“We need to grow out of this problem by creating hundreds of thousands of new high-wage, high-skill jobs across the country.”

The PM also spoke of cutting the cost of government as well as “the burdens that government places on taxpayers and on citizens” and pledging to fix delays in passports and driving licences being issued.

Sir Keir told the Commons that “times are hard but they are much tougher than they should be”.

He called for measures including an emergency budget, a windfall tax on energy companies and a better plan to avoid more energy crises in the future such as by standing up to opponents of onshore windfarms.

Read more:
Action on obesity and mental health – but no social care legislation
From protesters to new football regulator – what is in PM’s legislative agenda

Sir Keir said Britain needed “a government of the moment with the ideas that meet the aspirations of the British public”.

“This thin address bereft of ideas or purpose, without a guiding principle or a road map for delivery shows just how far this government is from that – too out of touch to meet the challenges of the moment, too tired to grasp the opportunities of the future, their time has passed,” the Labour leader said.

He added: “This government’s failure to grow the economy over a decade combined with its inertia in the face of spiralling bills means that we are staring down the barrel of something we haven’t seen in decades, a stagflation crisis.”

Sir Keir said the Queen’s Speech was “the latest chapter in a pathetic response to the cost of living crisis”.

Liberal Democrat leader Sir Ed Davey later asked for clarity about what help might be coming after the PM’s hint followed by the Treasury “saying they have no idea what the prime minister is referring to”.

“It would be wonderful if at least a minister from the front bench could enlighten the House because our constituents need some help and there is nothing in this Queen’s Speech,” he said.

As U-turns go, this one was swift even by the standards of this government. And it revealed yet more tension between Numbers 10 and 11 Downing Street on tax and spending.

Responding to Sir Keir Starmer’s calls for emergency help in the cost of living crisis, Boris Johnson made MPs sit up when he said: “The chancellor and I will be saying more in the coming days.”

Really? That appeared to be news to Rishi Sunak and the Treasury. “There’ll be no emergency budget and we’ll set out the budget timetable in the usual way,” a Treasury official told Sky News.

That’s pretty categoric, then. So what’s the PM up to? Is he trying to bounce his Chancellor into announcing emergency action? Or is there yet another row between the pair behind the scenes?

At the beginning of these proceedings, Speaker Sir Lindsay Hoyle announced that MPs will debate the cost of living next Tuesday and economic growth on Wednesday.

The Chancellor will speak for the government on one of those days. Now he’s under immense pressure to act. And not from Opposition MPs, but from his next door neighbour in Downing Street.

This UK classic-car EV conversion company is coming to the US
What’s the significance of China’s anti-lockdown protests?
Walmart manager who shot dead six co-workers said he was compared to serial killer Jeffrey Dahmer
World Cup’s best game so far? Cameroon peg back Serbia after Onana exit
Boy, 16, arrested on suspicion of murders of two teenagers after fatal stabbings