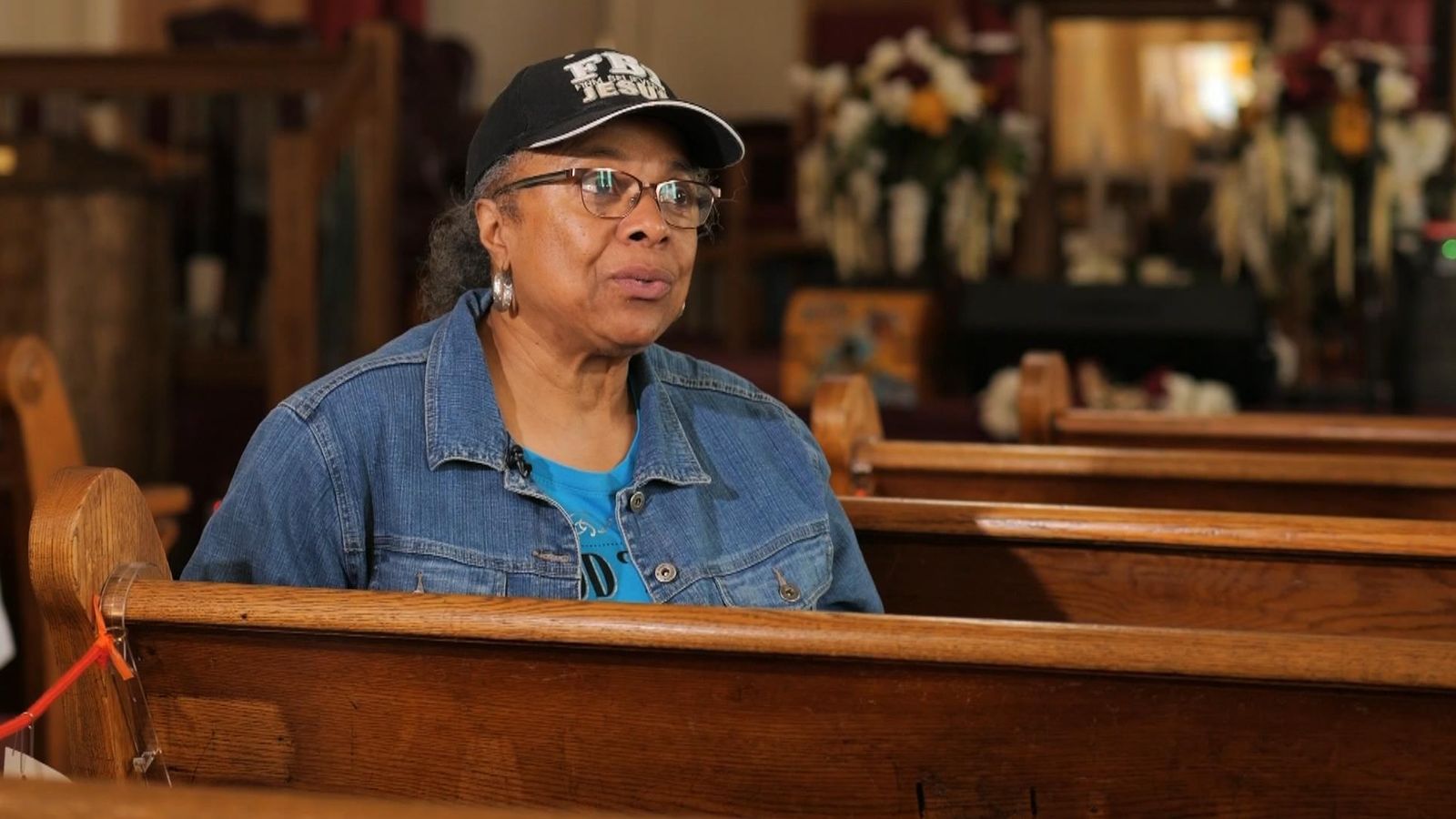 In Buffalo there is bewilderment and there is a deep sadness.

The personal tragedy here is felt across America.

The arrival of President Biden marks a moment of national mourning.

He paused by the makeshift memorials at the scene of the shooting and put his hand to his heart. He knows what happened here echoes other attacks in American cities.

That’s what frightens the people of Buffalo. It is testing their faith in people, and in politicians.

This is the side of America Joe Biden wants to fix.

We went to the church where one of the victims worshipped and worked. Heyward Patterson, was a Deacon, and also helped run the soup kitchen.

He’d just finished a shift the day he was killed. He’d left church earlier than usual so he could get his hair cut.

We met his friend and fellow volunteer Penny Beckham preparing the soup kitchen’s next meal.

“The people loved him,” she says. “He would encourage them, let them know they matter, no matter what they’re going through.”

Penny says his death is “senseless”. She’s glad the president has come to visit her close community, but she also wants him to take action when it comes to guns. “I know they say that those that want to have a right, but why do you need assault rifles … why do you need these kinds of weapons? You know I truly believe they should be outlawed.”

This is why the local tragedy of Buffalo reflects a national challenge for the president.

After meeting the families of the victims, Joe Biden spoke of the “poison” of white supremacy, which “has no place in America” he told the applauding crowd.

The problem is, the president knows his rhetoric and sympathy will only go so far. People hear his words, but now want decisions, plans and policy.

Buffalo wants this too. A moment of reckoning against the racism and violence.

Back at her church, Penny prays it will happen. The funeral of Heyward Patterson will take place this week.

Penny refuses to lose hope or faith: “I’m not going to let any evil person stop us doing what God wants us to do. And the people love coming, and we love providing them with meals.”