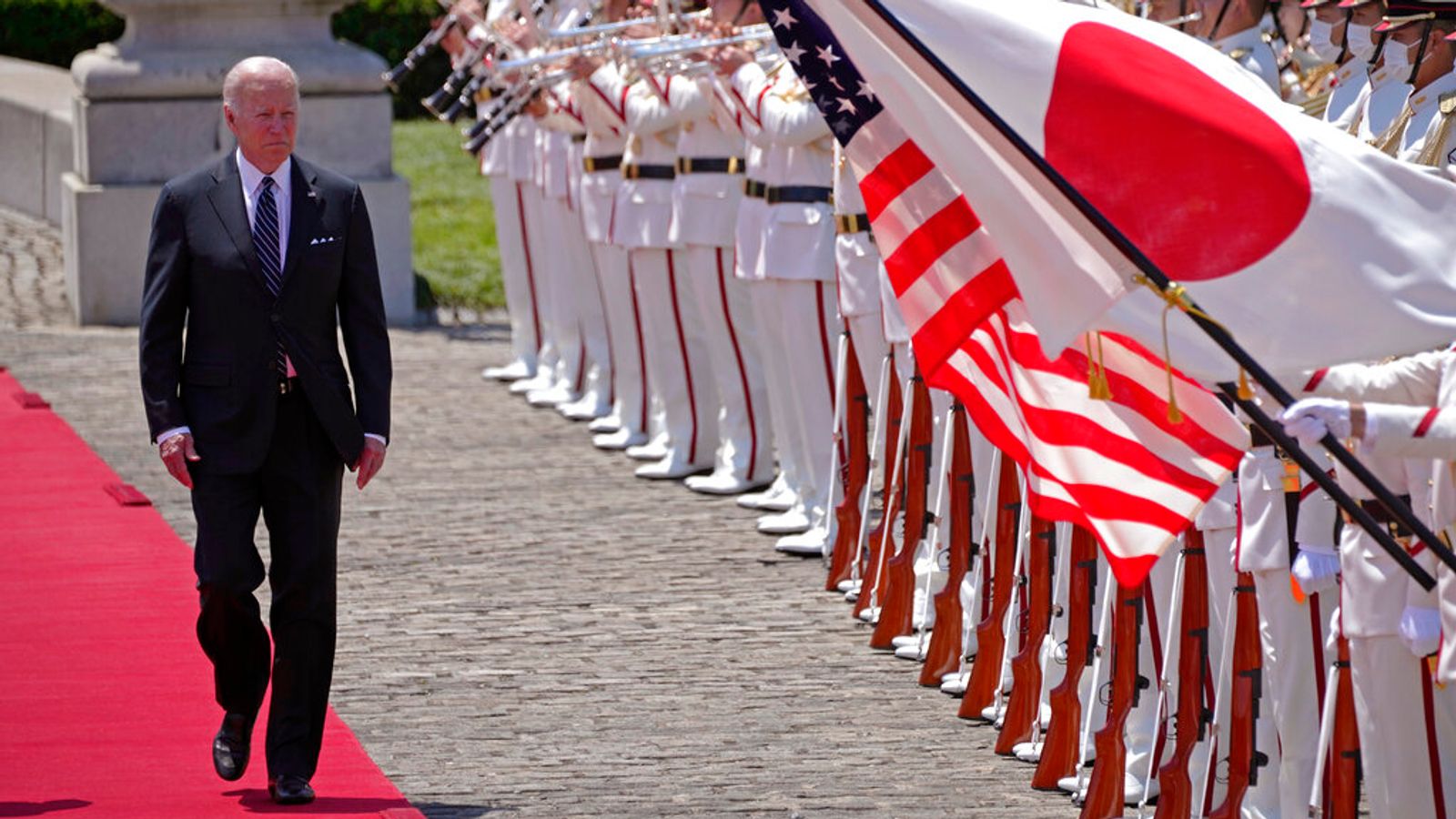 President Joe Biden has said that the US would intervene militarily if China attacks Taiwan.

“That’s the commitment we made,” Mr Biden told reporters at a press conference in Tokyo.

The remarks seem to be a departure from the US’s longstanding policy of “strategic ambiguity” in its response to a potential Chinese invasion. Washington must provide Taiwan with the means to defend itself, according to the Taiwan Relations Act.

Asked by a reporter whether he was willing to get involved militarily to defend Taiwan, Mr Biden said: “Yes… that’s the commitment we made.”

Shortly after President Biden’s comments in Tokyo, an unnamed White House spokesperson said: “As the president said, our policy has not changed.

Any such shift in policy would provoke fury in Beijing, which insists self-governing Taiwan is an inalienable part of its territory. It has pledged to “reunite” with the island by peaceful means, although it has not renounced the use of force to achieve that.

Mr Biden is in Japan after visiting South Korea, on his first tour of Asia as president. As well as meeting allies, he announced the creation of the Indo-Pacific Economic Framework, a plan for US economic engagement in the region.

On Sunday, the foreign minister of China, Wang Yi, said that the US’s Indo Pacific strategy was “doomed to fail”, according to Xinhua, a state news agency.

Mr Biden’s statements on defending Taiwan from China are starting to look less off the cuff and more like a deliberate strategy.

Given the importance of the question, and the regularity with which it is posed to the US president, the answer should be easy enough to bat away – as indeed Japan’s Prime Minister Fumio Kishida did.

The policy has not changed, the White House said.

Anyone who listened to Mr Biden’s answer might think otherwise.

And perhaps that is the point: this is at least the third time Mr Biden has made similar comments on defending Taiwan.

The policy may not have officially changed but this is a way of signalling to Beijing what would likely happen in case of a Chinese invasion.