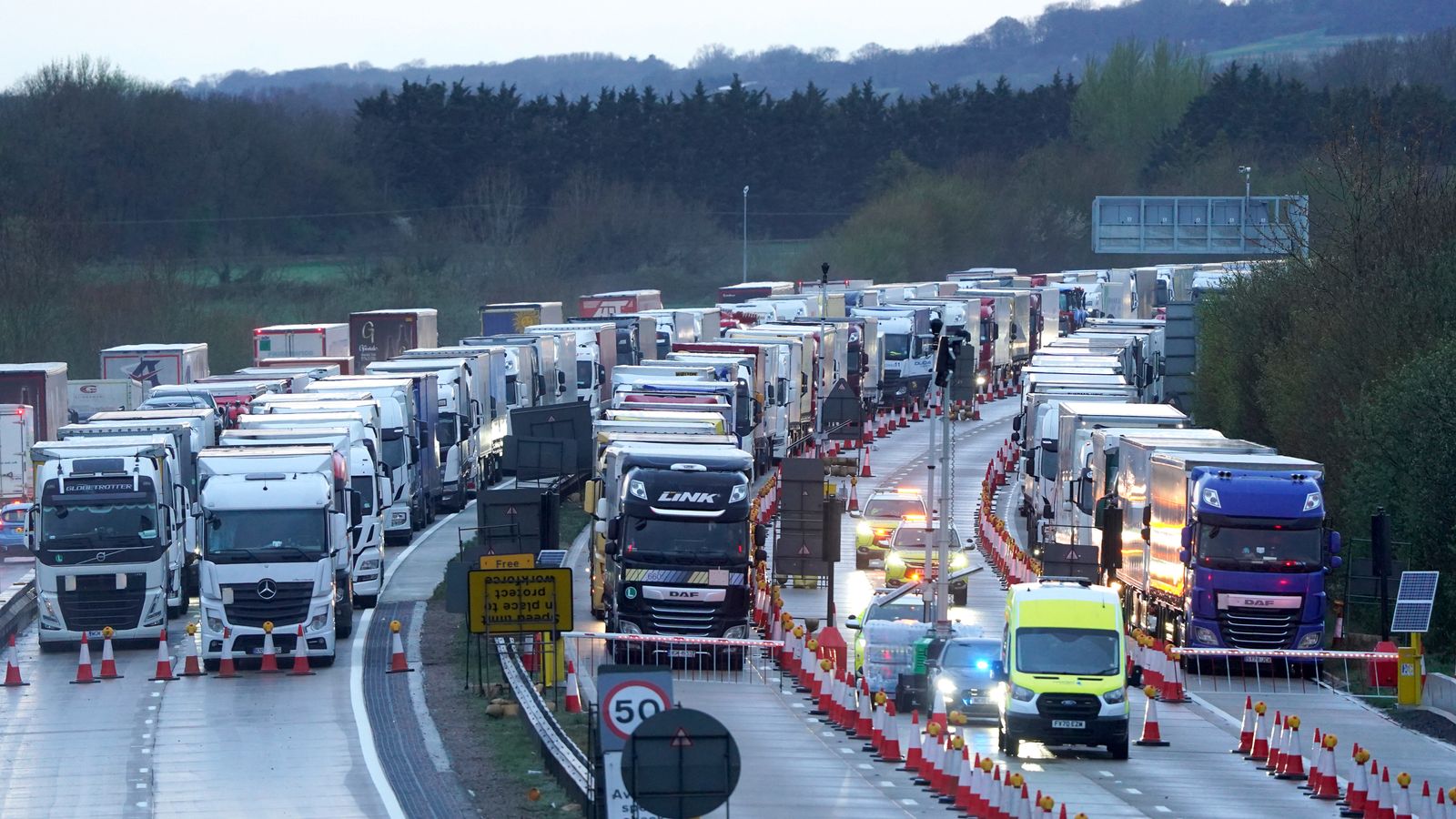 A cross-party group of MPs has told the logistics industry to “get its house in order”, calling for better overnight facilities for drivers and new ways to boost recruitment.

The Commons transport select committee said that if the changes are not made within two years then the most profitable parts of the industry could face a new tax.

Huw Merriman, the Conservative chairman of the committee, said: “We urge government to be brave and force the sector to get its house in order.

“A supply chain levy has worked previously to incentivise reform.

“If the industry won’t deliver change, government should do so and send them the bill via increased taxes to those who produce and sell and make the most profits.”

The committee’s report Road Freight Supply Chain said that the lack of high-quality rest facilities is “a key reason” drivers are leaving the sector, with some describing current facilities as dirty and vandalised.

Instead of using overnight stay areas, some HGV drivers opt for parking in lay-bys overnight, which can lead to them being fined.

The committee also said that haulage companies should pay to train new HGV drivers, instead of the drivers paying for training themselves.

This could also be funded by the levy if necessary, the committee said.

Read more:
Government playing ‘Russian roulette’ with road safety after relaxing HGV rules, says trade union
October – Fuel supply crisis: Why is there an HGV driver shortage and how bad could the problem get?

The Road Haulage Association (RHA) said it supported many of the 33 measures in the report, but it also said many of them are “limited, temporary measures and the systemic issues affecting the industry require long-term planning”.

“We appreciate the principles behind the supply chain levy, but we need assurance that this would not result in undue cost pressures or limit the growth of SME hauliers,” it said.

“We’re concerned that the industry cannot make the necessary changes to avoid the levy in just two years when so many of those changes are outside of the industry’s control.

“We oppose any measure which risks significant additional cost on SMEs.”

RHA managing director Richard Smith said: “We welcome the recognition of the difficulties of life as an HGV driver. In many places HGVs and their drivers are simply not welcome.

“This needs to change. We welcome measures that will improve HGV drivers’ experiences on the nation’s roads and the way they’re treated.”

A Department for Transport spokeswoman said: “We recognise the global challenges this critical sector faces and have taken an unprecedented 33 measures so far to address the HGV driver shortage.

“This includes making 11,000 training places available through our skills bootcamps so more people can launch careers as HGV drivers, boosting the number of HGV driver tests and investing in improvements to lorry parking and driver welfare facilities.

“Tackling global supply chain constraints remains a top priority for government and we’ll continue to support the road freight sector through our interventions.”

Intel warns Ohio factory could be delayed because Congress is dragging its feet on funding
Give public sector workers a pay rise or cut everyone’s taxes by 2%? Chancellor left with tough set of choices
SNP’s Westminster leader facing calls to resign over handling of sexual harassment case
Can new streamer Paramount+ compete with the likes of Netflix, Disney+ and co?
Fierce local battles over power lines are a bottleneck for clean energy