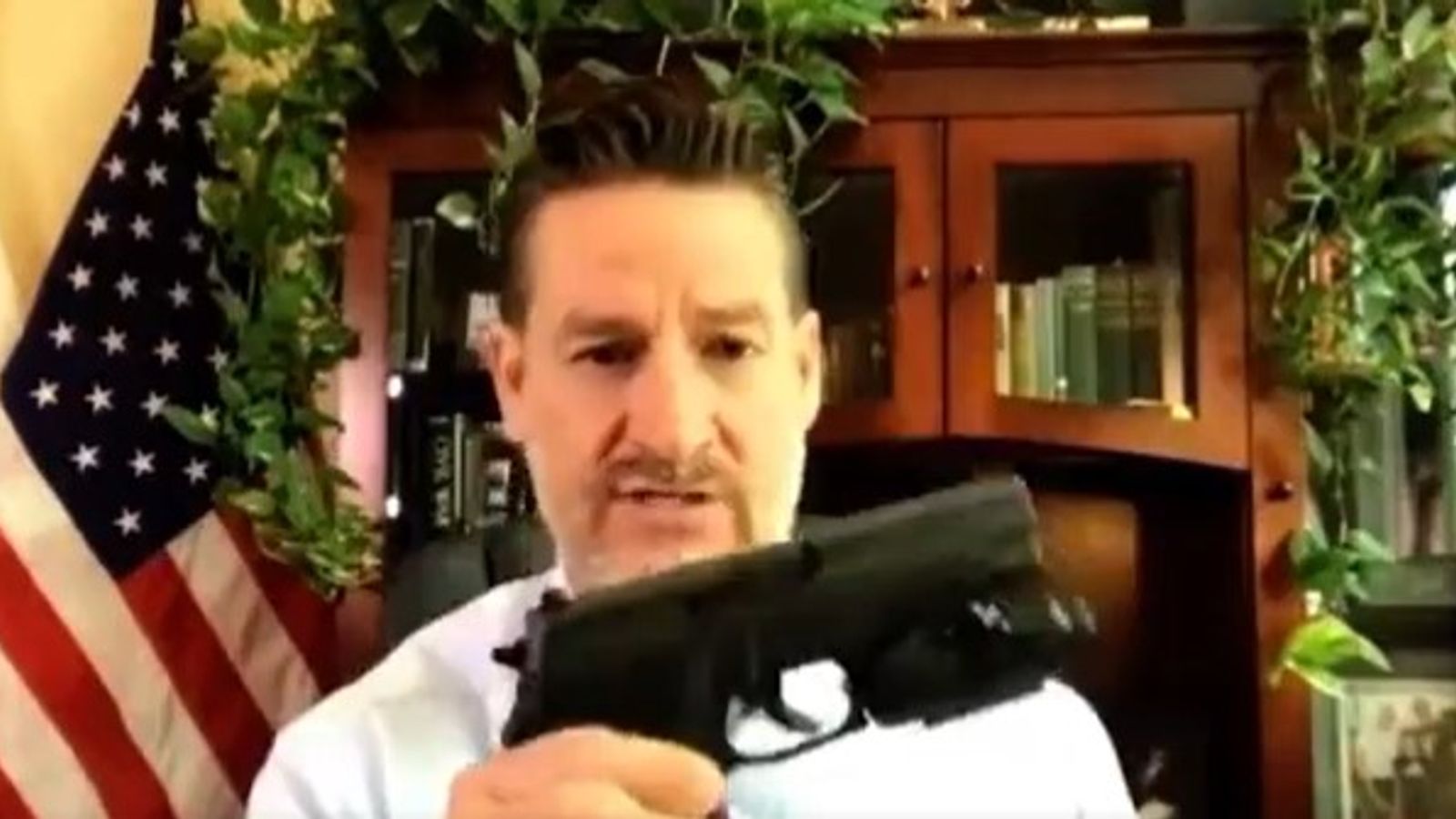 A Republican legislator has brandished his guns during a debate over gun control in the US House of Representatives.

The second-term congressman held up each of his four guns for the committee to see, describing one as “a gun I carry every single day to protect myself, my family, my wife, my home”.

Texas Democrat Sheila Jackson Lee said: “I hope to God that is not loaded.”

Mr Steube replied: “I’m at my house. I can do whatever I want with my guns.”

Republicans were objecting to a Democratic attempt to bring in new limits on gun purchases, a move which comes after a number of mass shootings in recent weeks, including one at a Texas school which saw 19 children and two teachers shot dead.

The Protecting Our Kids Act was added to the legislative docket after that shooting and the house judiciary committee held a nine-hour hearing on Thursday debating the measures.

They include raising the age limit for purchasing semi-automatic rifles from 18 to 21, making it a federal offence to import, manufacture, or possess large-capacity magazine, and the creation of a buy-back programme for such magazines.

Read more:
Why do US gun sales increase after mass shootings?
Maps reveal scale of gun violence in America
Is America too deeply divided to deal with its gun problem?

The committee’s Democratic chairman Jerrold Nadler dismissed Republican criticism, saying: “You say that it is too soon to take action? That we are ‘politicising’ these tragedies to enact new policies?

“Too soon? My friends, what the hell are you waiting for?”

Jim Jordan, an Ohio Republican, said: “We need to get serious about understanding why this keeps happening.

“Democrats are always fixated on curtailing the rights of law-abiding citizens rather than trying to understand why this evil happens.

The final vote in committee was 25-19 with Democrats accounting for all the votes in favour and Republicans casting all the votes against.

A House vote could come as early as next week but, while it should pass there, its chances in the Senate – which is split 50-50 and where 60 votes are needed – are slim.

On Thursday, US President Joe Biden called for progress on gun control, saying that Congress should ban assault weapons, expand background checks and bring in a number of other gun control measures.

World leaders condemn shopping centre attack in Ukraine, calling it a ‘war crime’
Bitcoin Family say they lost $1 million on their investment this year, but sold a lot at peak
‘Surprising amount of momentum’ for housing market as prices hit new record
Britain and allies face ‘1937 moment’: Head of army to warn of Putin’s expansionist ambitions
Biden opens the possibility of more offshore oil drilling in the Gulf of Mexico