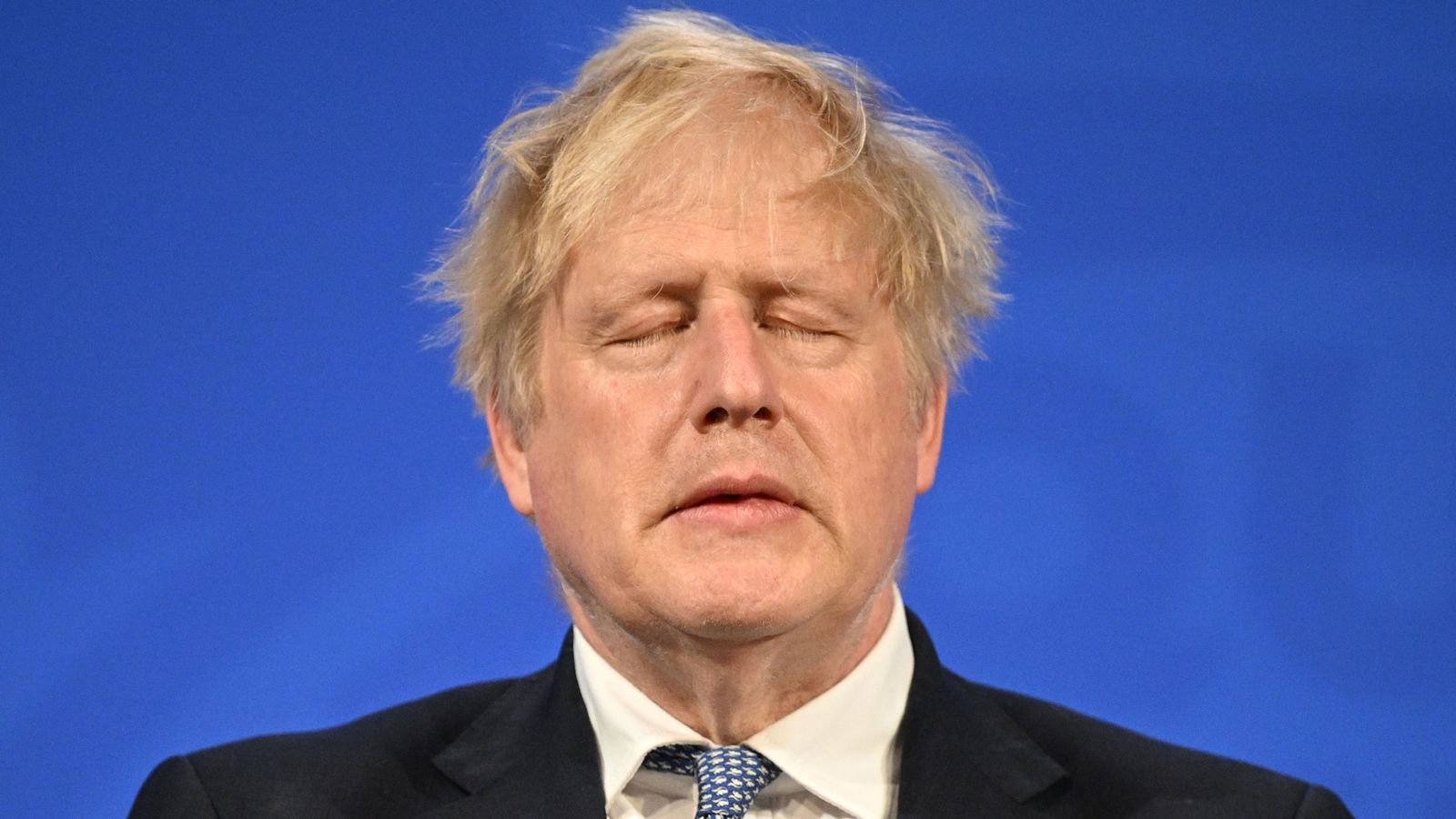 Boris Johnson has narrowly survived a vote of confidence among Tory MPs – but suffered a rebellion bigger than Theresa May.

He needed a simple majority – 180 votes or more – to continue in office.

The result means 59% of Conservative MPs backed Mr Johnson, with 41% voting against him.

The prime minister is now immune from another leadership challenge for 12 months, under current Conservative Party rules – but the result will severely undermine his leadership.

“The choice is clearer than ever before: Divided Tories propping up Boris Johnson with no plan to tackle the issues you are facing,” he tweeted.

“Or a united Labour Party with a plan to fix the cost-of-living crisis and restore trust in politics. Labour will get Britain back on track.”

Culture Secretary Nadine Dorries said it is “time to get back to the job of governing”.

The Tory MP for Mid Bedfordshire tweeted: “The person Starmer doesn’t want to face at an election is Boris Johnson who secured the biggest Conservative majority since 1987 and the highest share of the vote (43.6 per cent) of any party since 1979, with 14 million votes. Time to get back to the job of governing.”

“Whilst Boris Johnson has clung on today – make no mistake, his reputation is in tatters and his authority is now totally shot,” he said. “It’s clear that the prime minister and the Conservative Party are laughing at the British public.”

Education Secretary Nadhim Zahawi said Mr Johnson won the vote “handsomely,” telling Sky News: “I think the important thing to remember is that we only are able to deliver if we are united. I hope we can draw a line under this now and focused on delivery.”

Pressed on how he can call the result “handsome”, Mr Zahawi said: “It’s a ballot. 50 plus one is a majority. Boris did much better than that.”

This is not a comfortable status quo

The rebellion is bigger than that suffered by Theresa May in January 2019. This is very difficult territory for Boris Johnson, who will not be inclined to want to bow to pressure.

The big question now is whether the cabinet move against him, perhaps after the two by-elections later this month? It is not a cabinet known for its robust approach to Mr Johnson, but there might be much pleading by MPs to put Mr Johnson out of his misery since there is now a large prospect of ongoing civil war in the party.

There has been speculation that up to five members of the cabinet may have voted against Mr Johnson. This is impossible to prove and we will never know.

What is more certain, however, is that a significant minority of those on the government payroll – ministers and those with the lowest level of government job – have voted against the man running the organisation they are part of. This is not a comfortable status quo.

Mr Johnson will be determined to hang on – as is his right under Tory party rules. However, precedent suggests there is no good outcome from this result, and he could still be ousted like Mrs May or just take the Tories down to defeat at the next general election like Sir John Major.

Read more:
Which Conservative MPs have called on Boris Johnson to quit?

It comes after a surge of MPs called publicly for Mr Johnson to stand down following Sue Gray’s damning report into partygate.

Sir Graham notified the prime minister on Sunday that the threshold had been reached and they agreed on timings for the vote on Monday together.

Former prime minister Theresa May won a confidence vote in December 2018, where she secured the support of 200 MPs to 117 – a majority of 83, that represented the backing of 63% of her parliamentary party.

But five months later she announced her resignation, after repeatedly failing to pass her Brexit deal in the Commons.

In a letter to MPs ahead of tonight’s vote, the prime minister said there was an opportunity to “draw a line” under recent issues.

Brexit opportunities minister Jacob Rees-Mogg had said victory by a single vote would be enough to secure Mr Johnson’s job.

“One is enough, it’s no good saying that the rules of the party say something and then behind it unofficially there is some other rule that nobody knows and is invented for the purpose,” he told Sky News.

“I obviously want the prime minister to get as big a majority as possible, I think that would be helpful and it would close this matter down between now and the next general election, which would be good for the country, good for the Conservative Party, but one is enough.”

Steve Wright to leave Radio 2 weekday show and will be replaced by Scott Mills
PM still has the support of cabinet despite Dowden’s resignation, minister says
Logan Cooley’s hockey journey: From ‘Little Penguin’ to top 2022 NHL draft prospect
Atlassian billionaire co-CEO Scott Farquhar saved a man’s life at a Las Vegas nightclub in April
Summer temperatures — and inflation — are running hot. Here’s how to save money on cooling bills as prices rise