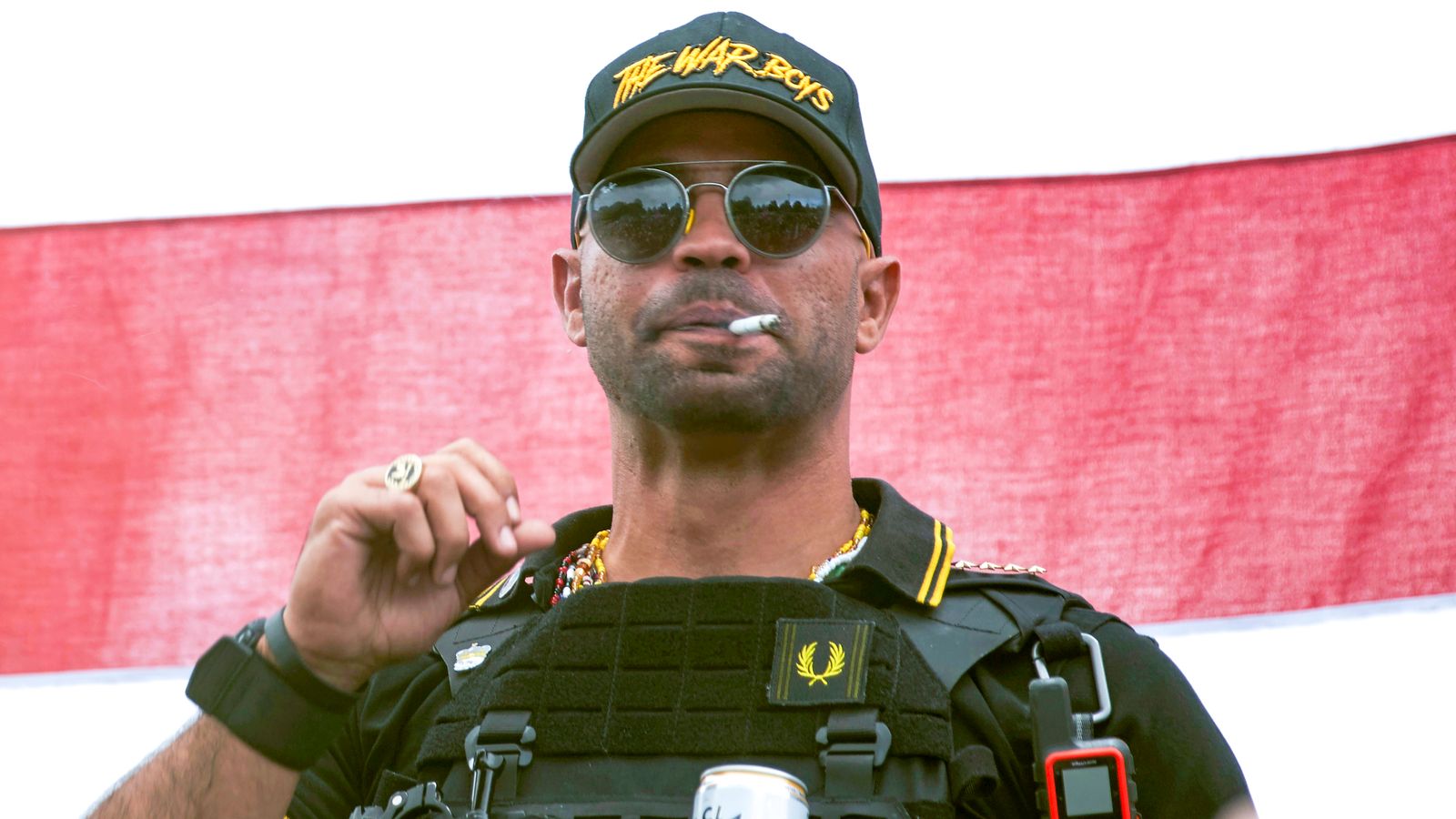 The former head of the Proud Boys group has been charged with seditious conspiracy – scheming to overthrow the government – following the attack on the US Capitol.

If convicted he could face a fine, up to 20 years in prison, or both.

Federal prosecutors say the riots at the building, the seat of US government, were a coordinated attack intended to stop Congress from certifying President Joe Biden’s 2020 electoral victory.

Although Henry “Enrique” Tarrio, the former Proud Boys chairman, was not on the Capitol grounds on 6 January 2021 when the violence erupted, prosecutors have said the organisation was behind the insurrection and helped coordinate it.

Police had arrested Mr Tarrio in Washington two days before and charged him with vandalising a Black Lives Matter banner at a historic black church during a protest in December 2020.

The Proud Boys is the second group to be faced with the rare and serious charge of conspiring to overthrow the government or prevent the execution of US law in relation to the deadly siege which claimed the lives of five people.

Eleven members of the Oath Keepers group, including its leader Stewart Rhodes, were also charged earlier this year.

More on Us Capitol Riots

Proud Boys members describe its group as a politically incorrect men’s club for “Western chauvinists”. Its members have frequently clashed with antifascist activists at rallies and protests.

Four others linked to the group have also charged in the latest indictment.

Explainer: Who or what are the Proud Boys?

More than three dozen people charged in the Capitol siege have been identified by federal authorities as Proud Boys leaders, members or associates.

A New York man pleaded guilty in December to storming the Capitol with fellow Proud Boys members. Matthew Greene was the first Proud Boys member to publicly plead guilty to conspiring with other members to stop Congress from certifying the Electoral College vote.

On the morning of 6 January, Proud Boys members met at the nearby Washington Monument and marched to the Capitol before then-President Donald Trump finished speaking to thousands of supporters near the White House.

Just before Congress convened a joint session to certify the election results which declared Mr Biden the new president, a group of them followed a crowd of people who breached barriers at a pedestrian entrance to the Capitol grounds, the indictment says.

Several also entered the Capitol building itself after the mob smashed windows and forced open doors.

In December, a federal judge refused to dismiss an earlier indictment charging four alleged leaders of the group with conspiracy.