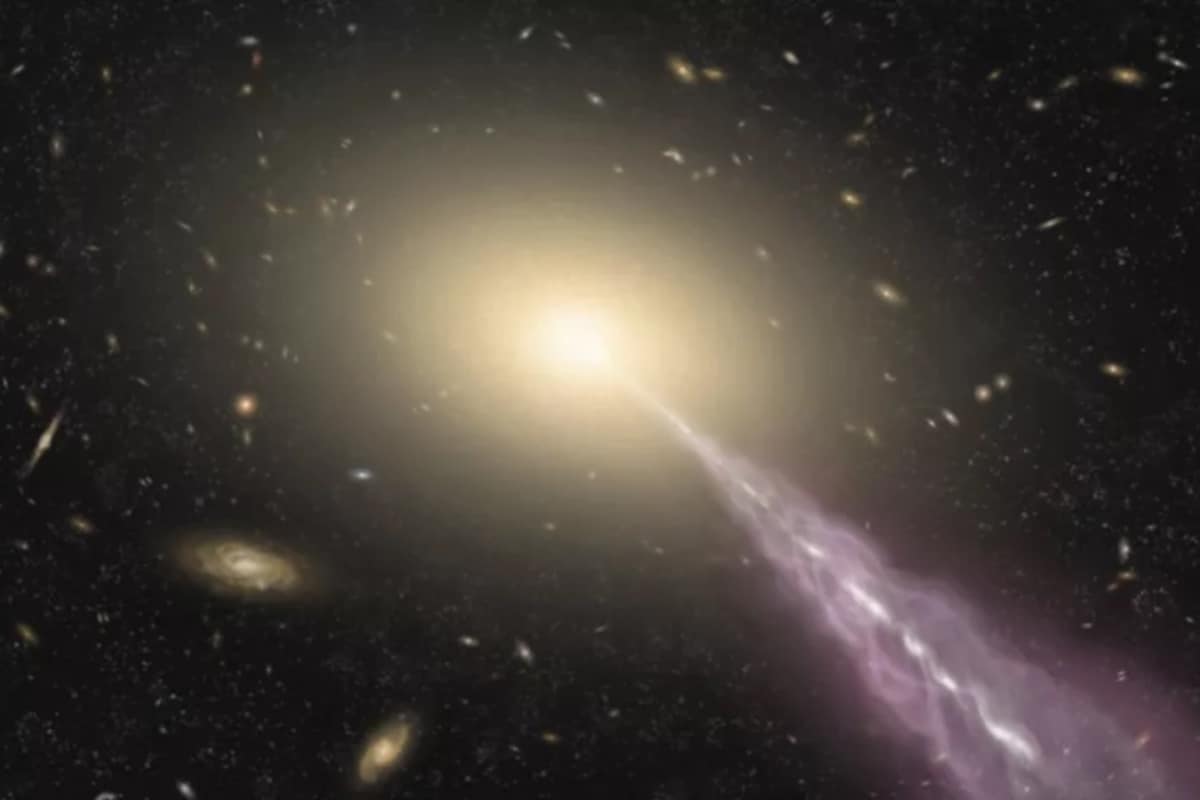 Astronomers have detected two big, unexplained objects erupting from the universe’s brightest black hole. The supermassive black hole 3C 273 was discovered in a 1959 survey of cosmic radio-wave sources as a quasar (quasi-stellar object). The light emitted by these black holes is brilliant enough to be mistaken for starlight. Scientists have spent decades studying the centre of the burning black hole. However, because the quasar is so bright, investigating the galaxy in which it was found has been nearly impossible. The quasar’s extraordinary brightness kept scientists largely in the dark about how it affects the host galaxy.

A team of researchers has calibrated the Atacama Large Millimeter/submillimeter Array (ALMA) radio telescope in Chile to distinguish the radiant glow of quasar 3C 273 from the light generated by its host galaxy, in a new study. They were left with the quasar’s galaxy’s radio waves, which revealed two gigantic and intriguing radio structures that had never been seen before.

One structure appears to be a massive smear of radio light that envelops the entire galaxy. This radio fog collides with the second structure, a massive energy jet known as an astrophysical jet that stretches for tens of thousands of light-years as well.

The Astrophysical Journal has published the research.

Astrophysical jets are a mystery to scientists. They don’t know how or why these arise. Depending on the radio frequency at which they’re viewed, the radiation emitted by these jets can appear brighter or darker.

The huge radio structure encircling galaxy 3C 273, on the other hand, showed a consistent brightness regardless of frequency. This shows that the two radio structures were formed by independent, unconnected events.

After putting numerous possibilities to the test, the researchers came to the conclusion that the huge radio fog seen around the galaxy was caused by star-forming hydrogen gas being ionised directly by the quasar. According to the researchers, this is the first time ionised gas has been discovered stretching tens of thousands of light-years around a supermassive black hole.

This finding sheds light on a long-standing astronomical puzzle: Can a quasar ionise enough gas in its host galaxy to prevent new stars from forming? To get an answer, the researchers compared the estimated gas mass of the galaxy to that of other galaxies of similar type and size. They discovered that while the quasar had ionised a massive amount of gas, star formation in the galaxy as a whole had not been repressed.

This shows that galaxies with radiation-belching quasars at their centres can nonetheless be thriving and growing.

Now, the researchers hope to understand how a galaxy evolves through its interaction with the core nucleus by applying the same technique to other quasars.

Can Nothing Ear 1 — the first product from OnePlus co-founder Carl Pei’s new outfit — be an AirPods killer? We discussed this and more on Orbital, the Gadgets 360 podcast. Orbital is available on Apple Podcasts, Google Podcasts, Spotify, Amazon Music and wherever you get your podcasts.
This article was originally published by Gadgets360.com. Read the original article here.