Boris Johnson has said he is getting on with the job as he came back fighting in his first PMQs after surviving a confidence vote.

The prime minister entered the House of Commons to cheers, just two days after he won a vote by his own MPs – although 41% voted to oust him as leader.

However, Labour leader Sir Keir Starmer said he “couldn’t make out whether that introductory noise was cheers or boos” and if they were directed at him or the PM.

PM avoids bruising from own side, as Starmer ignores ‘open goal’ – politics live

Mr Johnson came out fighting as he insisted his administration would create “high wage, high skilled jobs” for the country.

In a particularly rowdy start to Prime Minister’s Questions, Labour’s Angela Eagle said the confidence vote showed how loathed the PM is “and that’s only in his own party”, to roars from the Labour benches.

But Mr Johnson brushed that off, saying in a long political career “I have of course picked up political opponents all over” because the government has done some “big remarkable things”.

Labour MP Afzal Khan used Mr Johnson’s comments about getting on with the job against him, saying he would have more sympathy for that claim “if it actually started in the first place” – to which Mr Johnson pulled a face and muttered under his breath.

Mr Khan was referring to long waits for passports as well as cancelled flights and long delays, which he said could cost families £1 billion.

Mr Johnson said 91% of people are getting their passports back within six weeks, more staff are being placed in airports and said Labour has not condemned the RMT strike later this month which will see more than 40,000 rail staff walking out over three days. 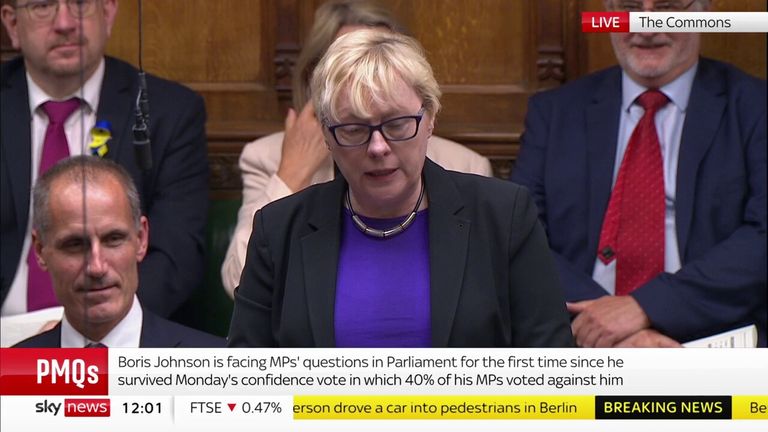 ‘Events show how loathed this PM is’

Sir Keir focused on the NHS during PMQs, seizing on the blue-on-blue spat between pro-Johnson Culture Secretary Nadine Dorries, who was on the front bench near the PM, and senior Tory and Johnson critic Jeremy Hunt.

Ms Dorries claimed Mr Hunt had left the country “wanting and unprepared” for the pandemic during his time as health secretary.

Sir Keir also quoted former minister Jesse Norman’s no confidence letter to Mr Johnson hours before Monday’s vote, in which he said the government “seems to lack a sense of mission”.

However, observers have questioned why Sir Keir did not seize the moment more as he concentrated most of his questions on the NHS instead of the confidence vote.

He did bring the Commons to silence as he told the story of a man who called 999 six times in an hour as his mother was struggling to breathe, and told the call taker in the final call she had been breathing in the first call but was dead by the sixth. 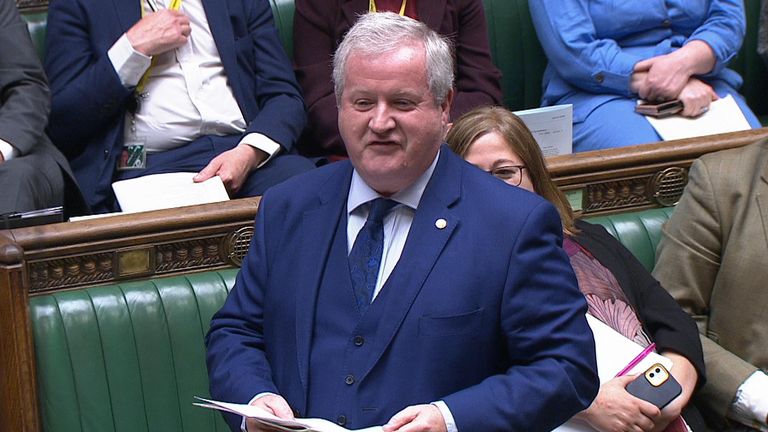 The SNP’s Westminster leader Ian Blackford was keen to seize the moment as he likened the PM’s reaction to surviving a confidence vote to a Monty Python character.

“And no amount of delusion and denial will save the prime minister from the truth, this story won’t go away until he goes away.

“For once in his life he needs to wake up to reality. Prime minister, it’s over. It’s done. The prime minister has no options left but Scotland does.”