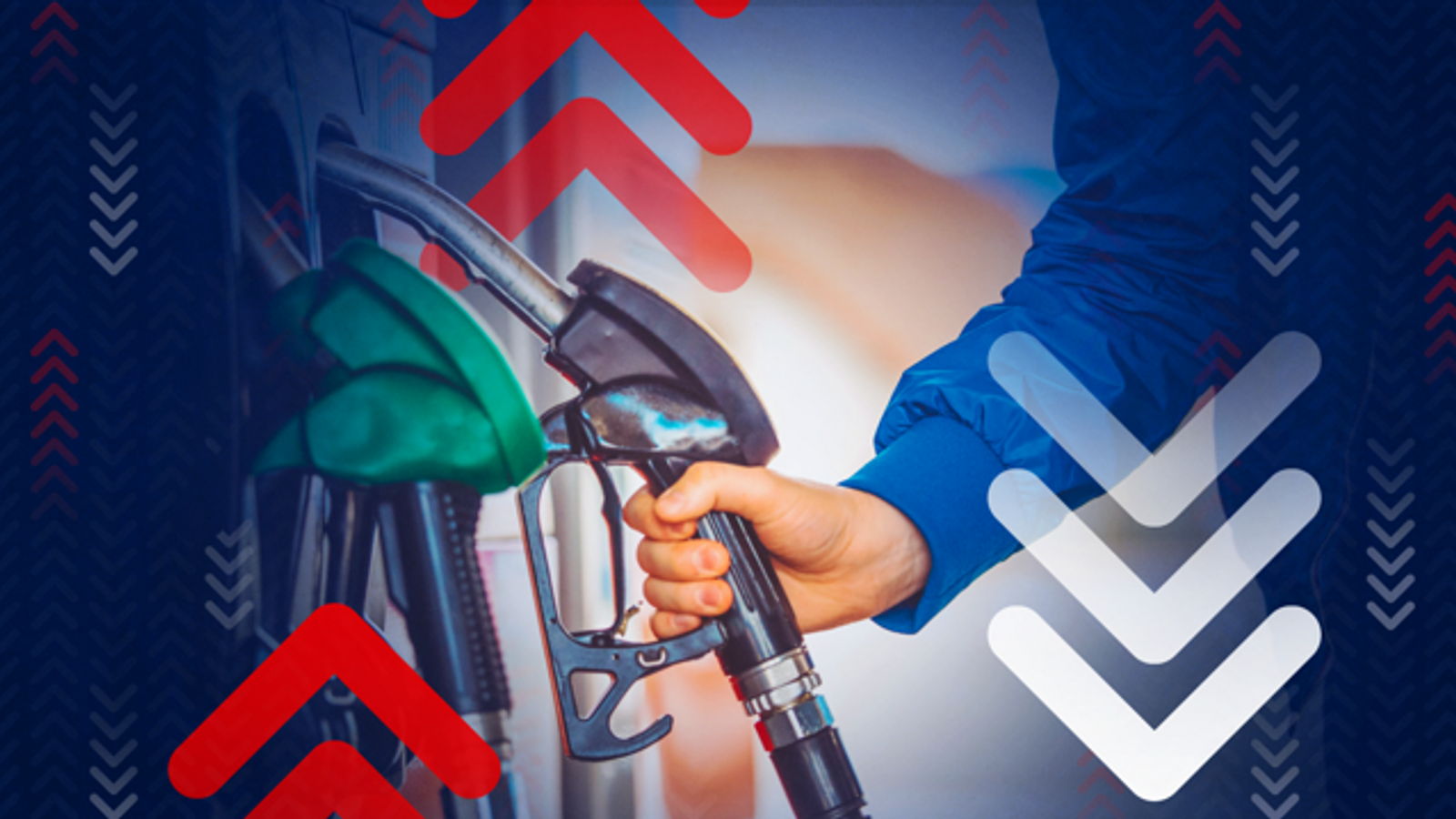 The cost of filling the average family car with petrol is tipped to have exceeded £100 for the first time, when industry figures are released later on Thursday.

The price of fuel has been a major component of the cost of living crisis from the off, with diesel – the engine of the UK economy – already passing the grim milestone.

The pump charges all add to the inflation gloom because if things such as fuel and energy costs are more expensive for businesses too, these extra bills are eventually passed on along the supply chain to, you guessed it, you and me again.

It is one reason why food bills are going up as the cost of production – and distribution – is climbing.

Here, Sky News explains why fuel prices are continuing to rise and asks if the humble UK motorist is being ripped off.

Why have fuel prices been rising?

Let us, first, understand the nature of the oil market in recent times; gripped by an unprecedented downward shock only to be followed soon afterwards by an upwards shock. Jittery times indeed which are never good for price stability.

Demand for fuel fell off a cliff in March 2020 as COVID rampaged across the world, with Brent crude oil costs collapsing below $20 a barrel. That’s one shock.

Did UK pump costs reflect that decline? The answer: Not really.

That was because retailers still had their own staff and other bills to pay so pump prices remained just above £1 a litre to maintain, they argued, a fair price for all.

When major economies reopened, oil prices gradually rose on stronger demand and that largely remained the case for the market right up until February this year when major oil producer, Russia, invaded Ukraine. The upwards shock.

The potential implications, coupled with the impact of Western sanctions, forced Brent crude oil costs well above $100 a barrel to a peak around $130.

As time has progressed, lower volumes of Russian oil and oil-based products on the market have squeezed supplies while higher costs are also reflected in things like refining margins – adding to end-point prices.

So why the more recent price surges?

When it comes to Brent crude contracts, the announcement of the EU’s Russian oil embargo has placed more pressure on prices as it intensifies worries about an international scramble for supplies.

It coincided with China’s powerhouse manufacturing sector getting back in gear after the easing of pandemic restrictions.

There is also the question of speculation.

The RAC warned this week that the spectre of £2 a litre is not far off as we head towards the peak summer holiday driving season.

But the AA described the price prediction as reckless, claiming it was fuelling “rip-off prices at the pump”.

More on the central question of rip-offs later.

What are the UK specific factors adding to the fuel price problem?

Chief among the other market forces is the weakness of the pound against US dollar-priced oil.

That weakness has been evident since the Brexit vote result was declared all the way back in 2016.

Sterling had recovered to $1.37 back in January but is currently trading at $1.25.

That is down to a very strong dollar – a safe haven for investors in times of economic shock – but also reflects concerns of recession ahead for the UK economy.

Other factors include a lack of diesel refining capacity in the UK.

There are six major refineries but the country is usually reliant on Russia for a fifth of its diesel supplies and that is being phased out.

How do our fuel prices compare to those in Europe?

The UK is not the most expensive for diesel and petrol but it makes the top ten.

According to data shared with Sky News by the AA, Demark was the most expensive for petrol with an average of 205.33p a litre on 30 May – the most recent comparable figures available.

Germany, Europe’s largest economy, was more expensive for petrol but not diesel.

The AA said that – as things stood – UK drivers would enjoy lower prices in the top summer destinations of France and Spain.

Are we being ripped off?

It’s the big question that has dogged fuel prices for decades.

The old adage states that petrol retailers are quick to pass on higher costs but slow to cut prices.

Speak to any motoring group or fair fuel campaigners and they will tell you it’s true.

It is a complicated market with many players in the supply chain so fuel transparency is key.

Those who accuse the likes of retailers or refiners of making a fast buck have long argued for a British mechanism that tracks prices from pipeline to pump.

They point to prices being cheaper – by 6p a litre currently – than the UK average in Northern Ireland, where competition is encouraged by the Consumer Council’s Fuel Price Checker.

Supermarkets, which have traditionally used the lure of cheaper fuel as a way of getting more shoppers through their doors, have abandoned that strategy.

Asda – usually the first to cut fuel prices and make a lot of noise about it – has stayed quiet and even raised its prices by 5p a litre in a single day this week.

Fuel, it seems, is no longer a ‘loss leader’ for the major grocers.

What more can the government do to help?

The UK, according to the AA, has among the highest rates of tax on fuel in Europe, even when chancellor Rishi Sunak’s year-long 5p-a-litre cut in fuel duty, announced in March, is included.

VAT and duty currently make up roughly half of the cost of a litre of fuel.

Given that Boris Johnson has made cutting taxes a focus for his government following his confidence vote scare this week, it would be fair to assume that Mr Sunak would cast an eye over both if he is to help keep the slowing economy moving.