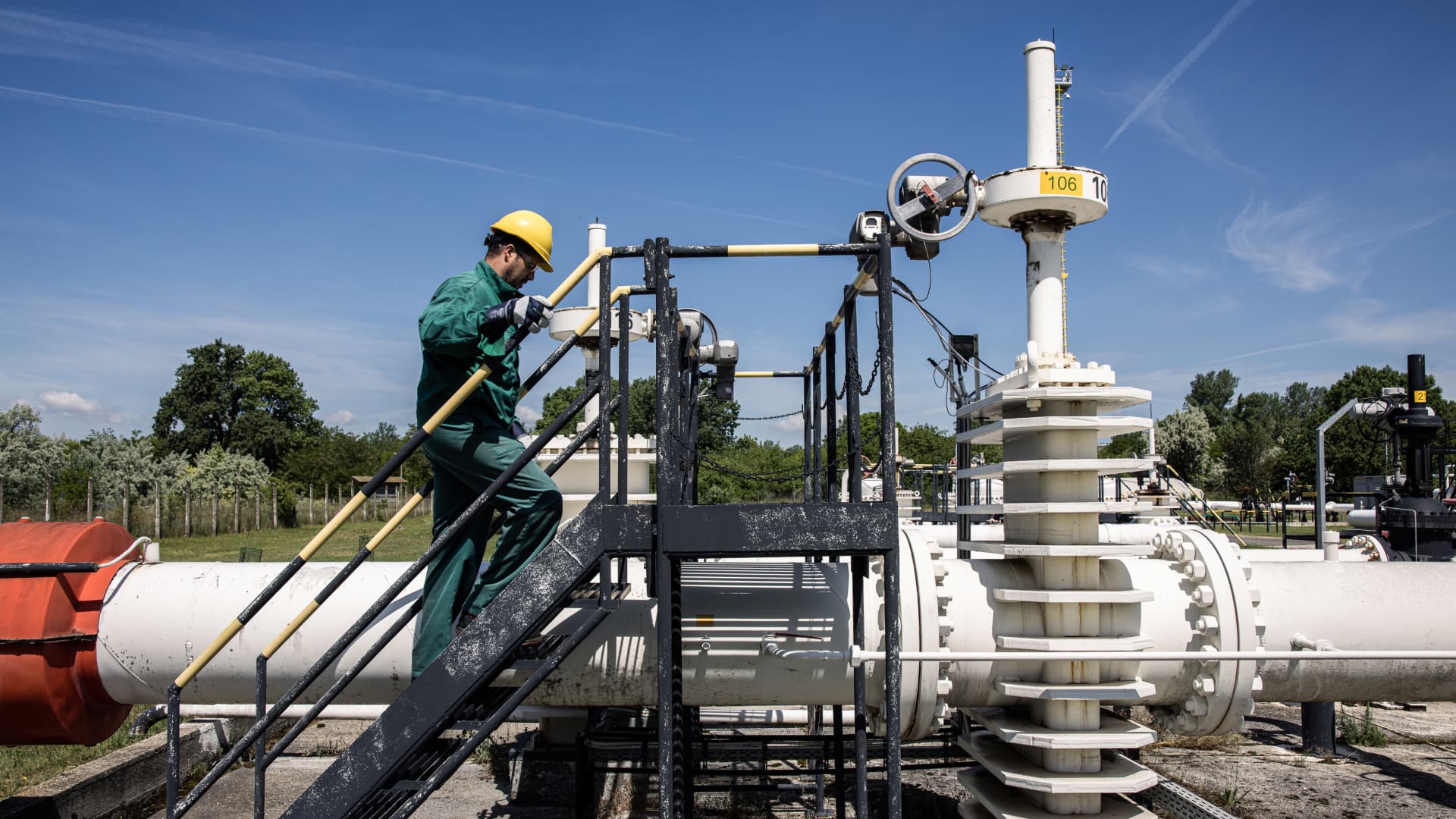 Hungarian Foreign Minister Peter Szijjarto has ruled out the prospect of a Russian gas ban in the European Union’s next package of sanctions, saying it would be “impossible.”

Szijjarto’s comments come as President Vladimir Putin says he believes the West will not be able to wean itself off Russian oil and gas for several years.

The EU had sought to impose a total ban on Russian crude in a bid to cripple Putin’s war machine over the Kremlin’s onslaught in Ukraine. The bloc eventually agreed late last month to a partial oil embargo in its long-delayed sixth package of sanctions against Russia.

The compromise will see a ban on Russian oil brought into the bloc by sea, with an exemption carved out for imports delivered by pipeline following opposition from Hungary.

Speaking to CNBC’s Charlotte Reed on Thursday on the sidelines of the OECD’s Ministerial Council Meeting in Paris, France, Szijjarto said: “When we impose sanctions, then we have to make sure that those sanctions are hurting more those against whom we impose the sanctions than ourselves.”

“We have to have a very clear position on the war, which we do have, we condemn Russia for this military aggression. We stand with Ukraine. But we have to take into consideration reality as well,” he added.

Szijjarto spoke of his frustration that Hungary had been portrayed as a country reluctant to punish Russia’s war in Ukraine, pointing to the fact that Russia currently supplies 65% of Hungary’s oil and 85% of its gas supplies.

He added that a lack of alternative infrastructure meant it was not possible for the country to swiftly reduce its reliance on Russian energy sources.

Shortly after the EU agreed to its sixth package of sanctions last month, Estonia’s Prime Minister Kaja Kallas called for the bloc to go even further and discuss the prospect of a Russian gas embargo in its seventh round of measures.

Austria’s Chancellor Karl Nehammer abruptly rejected this idea, however, saying it will not be a topic for discussion.

When Hungary’s Szijjarto was asked about the prospect of the EU targeting Russian gas exports in its next round of sanctions, he replied: “No, it’s impossible.”

“If you’re not able to import gas from Russia, then the country stops, [the] economy stops, we cannot heat the houses, we cannot run the economy. Our question is who can offer a solution?” he added.

Russia won’t be concreting over their oil wells

Putin on Thursday said Russia would not be “concreting over their oil wells” at a time when the West remains reliant on its energy sources, according to comments translated by the BBC.

“The volume of oil is decreasing on the world market, prices are rising,” he said. “Company profits are rising.”

Moscow pledged to find other importers for its oil shortly after the EU imposed a partial embargo on Russian crude.

Roughly 36% of the EU’s oil imports come from Russia, a country that plays an outsized role in global oil markets.

Russia is the world’s third-largest oil producer, behind the U.S. and Saudi Arabia, and the world’s largest exporter of crude to global markets. It is also a major producer and exporter of natural gas.

Treasury outlines wage, apprenticeship requirements for clean energy tax credits
Jeffrey Epstein’s estate agrees to pay $105m to US Virgin Islands
Father and siblings of Idaho victim speak to CNN about investigation
Number of landlords selling up rises by nearly 13% in four months
Broke and down to one credit card: Former FTX CEO Sam Bankman-Fried claims he committed no fraud