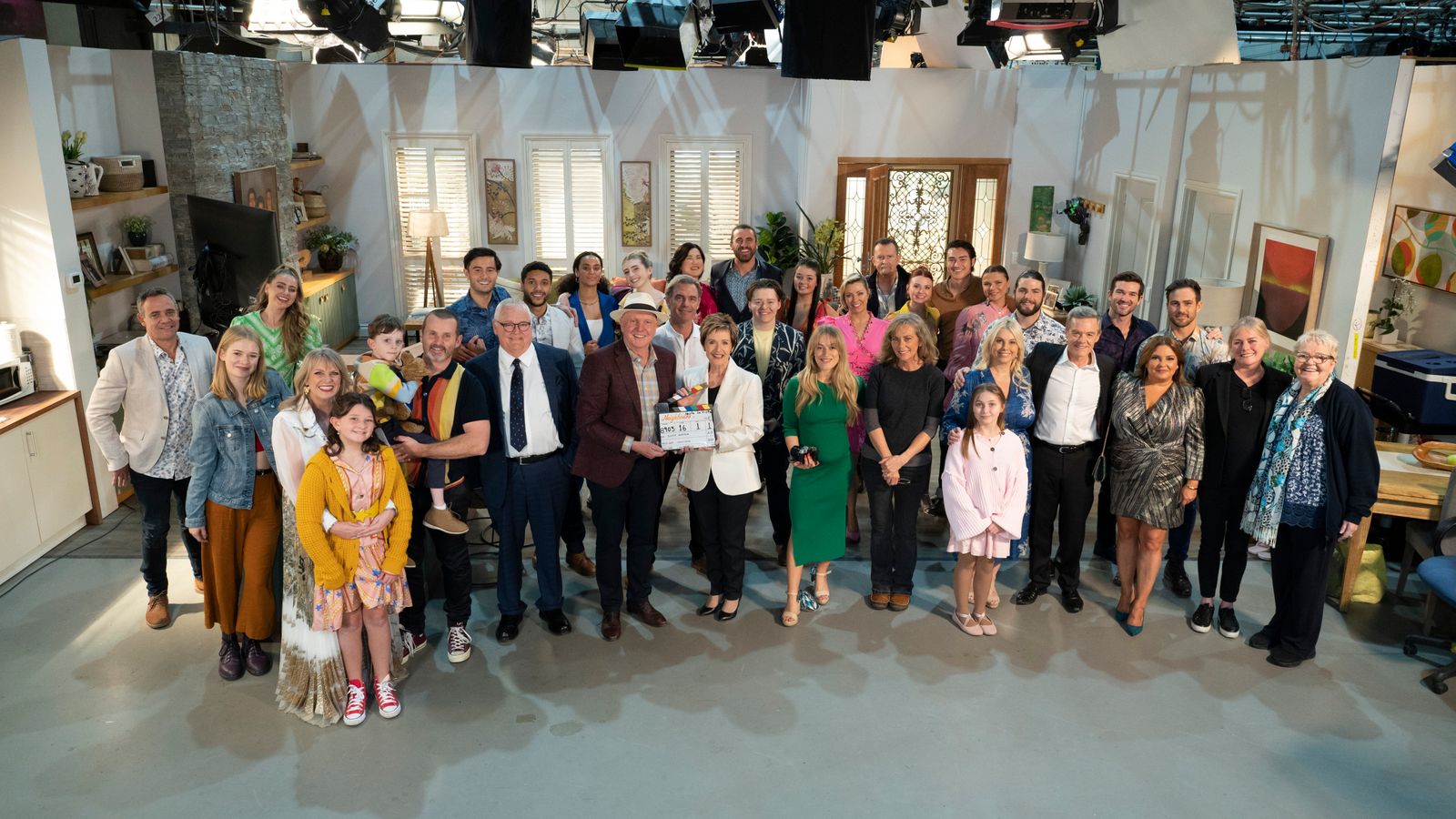 Neighbours cast and crew members have said goodbye to Ramsay Street after 37 years, with bosses sharing a farewell photo after wrapping on the last scene.

The Australian soap opera, which first aired in 1985, will air its final episodes in August after being axed earlier this year.

A photo from the last day on set shows fan-favourite characters including Karl and Susan Kennedy, Paul Robinson and Jarrod “Toadfish” Rebecchi.

While Scott and Charlene Robinson – Jason Donovan and Kylie Minogue – are not featured in the picture, they are set to appear in the final episodes after being confirmed to return along with several other old Erinsborough faces.

“We all knew this day was coming but until we were here in this moment when the very last scene was filmed, it was hard to express how we would all feel.

“Of course, it is sad and tears were shed, but we’re also enormously proud. Thirty-seven years is an incredible achievement and that should be celebrated.

“We’ve also been incredibly touched by the response from our viewers all over the world. Neighbours is more than a TV show to many people. They see us as part of the family and we feel privileged to have been invited into their homes, and I know the legacy of Neighbours will live on for many years.”

Dr Karl Kennedy star Alan Fletcher – the show’s longest-serving actor – told Sky News in a recent interview that saying goodbye to the show would be “emotional”.

Neighbours has followed the lives of those living and working in the fictional Melbourne suburb of Erinsborough – and helped launch the careers of stars including Margot Robbie, Russell Crowe, Natalie Imbruglia, Guy Pearce, Liam Hemsworth, Holly Valance and of course, Minogue and Donovan.

Memento star Guy Pearce, who started his career playing Mike Young in the soap, is among the returning stars reprising roles for the finale, and shared photos reuniting with the cast and crew in recent days.

Other 1980s stars who will make a comeback include Peter O’Brien, who appeared in the show’s first episode as Shane Ramsay, Ian Smith who played Harold Bishop, Mark Little as Joe Mangel and Paul Keane, who played Des Clarke.

And among those returning from the Noughties era are Chris Milligan who played Kyle Canning, Morgan Baker as Callum Rebecchi, Natalie Bassingthwaighte who played Izzy Hoyland and James Mason as Chris Pappas.

From the show’s latest era, Olympia Valance will return as Paige Smith alongside Jodi Anasta as Elly Conway, Zoe Cramond who played Amy Williams and Kate Kendall as Lauren Turner.