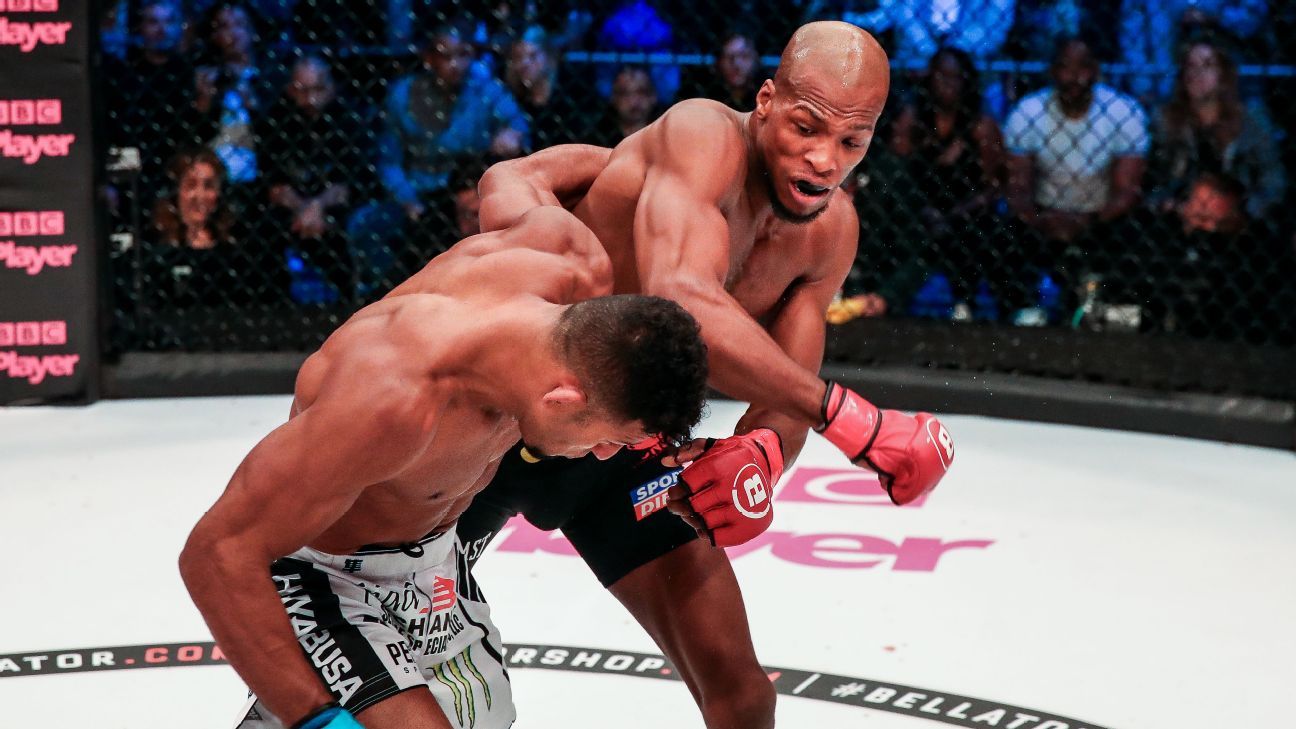 Bare Knuckle Fighting Championship has put together one of the most unique fight bookings of the year.

Page, a karate specialist, will remain with Bellator and is competing in this bout as a one-off with BKFC, Bellator officials confirmed with ESPN. Perry is a signed BKFC competitor.

Page, 35, is 2-0 as a pro boxer, having last competed in 2018. The England native is coming off a split-decision loss to Logan Storley in a Bellator interim welterweight title fight last month. Page, nicknamed “MVP,” was on a six-fight winning streak before that defeat.

“This will be one of the biggest fights of the year,” BKFC promoter Dave Feldman said in a statement. “MVP versus Platinum Perry is truly a fan’s fight. Two guys that come forward and have power in both hands.”

The moment Zelenskyy hears about tank delivery
The deadly assault draws painful parallels for Americans who are no strangers to videos of police violence
How the Supreme Court could soon change free speech on the internet
Starmer’s ‘radical’ promises have gone as he targets power – but we still don’t really know who he is
US general warns British Army no longer top-level fighting force, defence sources reveal