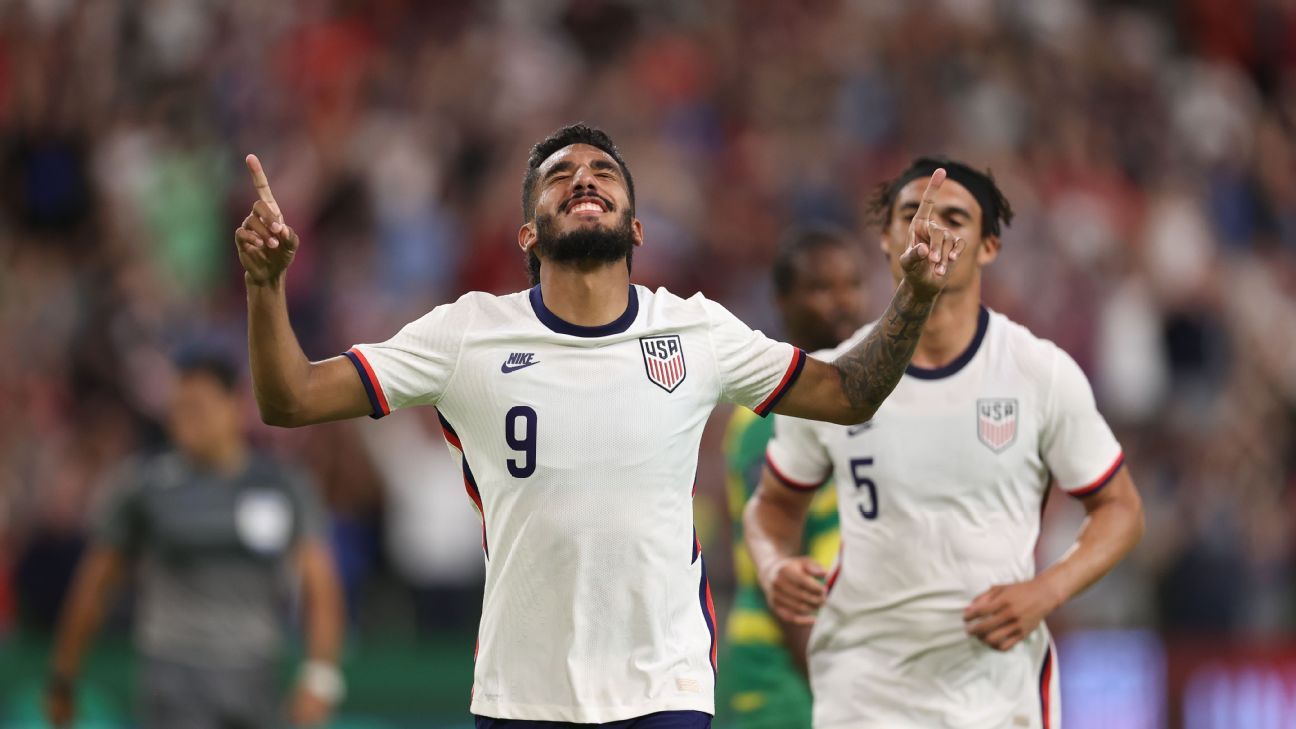 The United States men overcame a slow start with the help of four goals from Jesus Ferreira to earn a comfortable 5-0 win over Grenada on Friday night in its CONCACAF Nations League opener at Q2 Stadium in Austin, Texas.

Neither Christian Pulisic nor Tyler Adams dressed for the game against 170th-ranked Grenada, with U.S. coach Gregg Berhalter making eight changes from the team that drew 0-0 with Uruguay on Sunday.

– CONCACAF Nations League: All you need to know

Despite dominating possession and shots in the first half, the U.S. had little to show for it until Ferreira pounced on a loose ball in the area, beat his marker and struck a shot past Grenada keeper Jason Belfon to give his side a narrow advantage at the break.

Ferreira doubled the Americans’ lead shortly after half-time, beating Belfon at his far post with a tidy finish from Paul Arriola‘s well-weighted through ball opening up the Grenada defense.

Berhalter’s side went up three before the hour mark as Ferreira sealed his hat trick with a lovely curling shot into the top corner and Arriola pushed the score to 4-0 with a close-range shot assisted by Luca de la Torre soon after.

The joint leading scorer in Major League Soccer wasn’t done, though, as Ferreira scored his fourth and easiest goal of the night from a tap in with De la Torre again providing the assist.

Besides being a World Cup showcase for the FC Dallas star, the win also stretched the USMNT’s unbeaten run at home to 26 matches, tying the previous record set between 2013-15.

Next up for the U.S. — which plays no more home matches before the start of the World Cup — is another Nations League test, this time on the road against El Salvador on June 14.

At the World Cup in Qatar, the U.S. opens Group B against 18th-ranked Wales on Nov 21, plays No. 5 England four days later and close the first round against 21st-ranked Iran on Nov. 29.

Information from the Associated Press was used in this story.

Why is the UK economy predicted to perform so badly?
Who will go to the Super Bowl? Our guide — including picks — for 49ers-Eagles, Bengals-Chiefs
Alec Baldwin charged with involuntary manslaughter over fatal shooting on Rust film set
Netanyahu vows to ‘strengthen’ West Bank settlements after shooting attacks
Diva bear can’t stop taking selfies on wildlife cam