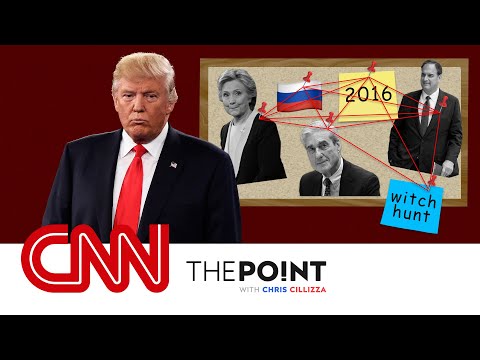 In today’s episode of The Point, CNN’s Chris Cillizza breaks down what’s next for the Durham probe.

==
After Sussmann trial defeat, what’s next for the John Durham probe?
Analysis by Marshall Cohen

Special counsel John Durham, the Donald Trump-era prosecutor hunting for wrongdoing in the Trump-Russia investigations, came up empty Tuesday after a federal jury returned a not guilty verdict in his first major case against a Hillary Clinton campaign lawyer.

The lawyer, Michael Sussmann, was acquitted on charges of lying to the FBI at a fall 2016 meeting where he passed along a tip about Trump’s ties to Russia. In many ways, the trial was a proxy battleground to relitigate the most heated moments of the 2016 election, and was a crucial test of Durham’s theory that Clinton allies broke the law with their anti-Trump opposition research.

Here’s a breakdown of what this means for Durham, and where the investigation is headed:

What’s the impact of the verdict?

The verdict is a significant blow to the Durham probe. After more than three years, Durham has racked up one guilty plea, one acquittal at trial and has one more trial scheduled for this fall.