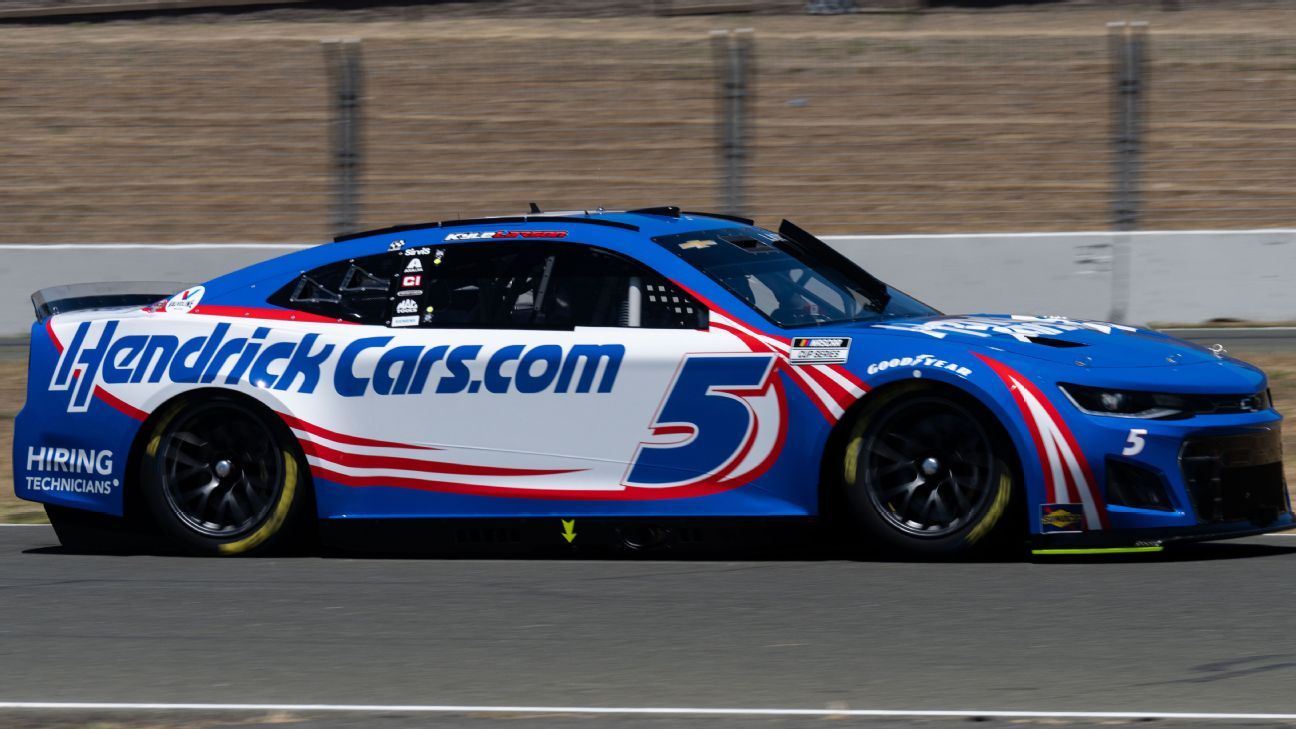 SONOMA, Calif. — Kyle Larson can’t be beaten lately in qualifying at Sonoma Raceway, and he hopes his recent superiority leads to a similar stretch of dominance in the race.

Larson will start on the pole for the fifth straight time in the NASCAR Cup Series race at his home track after edging Hendrick Motorsports teammate Chase Elliott on Saturday in qualifying on the hilly road course in wine country.

Larson, who turned a lap at 92.11 mph in his Chevrolet, has won four consecutive poles for the race at Sonoma since 2017. There was no race in 2020 due to the coronavirus pandemic, and NASCAR didn’t hold qualifying in 2021, but the Sacramento-area native still started up front alongside Elliott through the alternative formula used last year.

Larson capitalized last year by winning the race in overtime. The defending Cup Series champion even surprised himself this year with his surge to the front of the field on the difficult course that challenges drivers to quickly figure out its twists and quirks.

“I feel like I could have run quite a bit faster,” Larson said. “On my good lap, I made a pretty big mistake in Turn 4. I was surprised I ran the lap that I did, because it was such a big mistake.”

Elliott was a fraction of a second behind Larson, and Chris Buescher qualified an impressive third after missing last week’s race at Gateway because of a positive COVID-19 test. Michael McDowell finished fourth ahead of Tyler Reddick, while Cole Custer came home sixth.

The leaders were no surprise, given the circuit and circumstances: Larson won on three road courses last season, while Elliott has collected seven of his 14 career victories on road courses.

The Sonoma course has returned to the 1.99-mile Chute layout after racing with the longer Carousel turn in the previous two editions of the Cup Series race.

While certain drivers expressed clear preferences for both setups during the day, Larson said he didn’t particularly care which layout was used, feeling confident on both.