A bill to amend the Northern Ireland Protocol will be introduced in parliament today, despite claims that the move breaches international law.

The bill will allow ministers to override parts of the protocol, which was agreed by the UK and European Union to avoid a hard border between Northern Ireland and the Republic after Brexit.

Northern Ireland remains under some EU rules and there are checks on goods coming from Great Britain, effectively creating a border in the Irish Sea.

Hardline Brexiteers have said this undermines Northern Ireland’s place in the UK and Democratic Unionists have refused to enter power-sharing until the issue is addressed.

Foreign Secretary Liz Truss last month laid out the plan for legislation to override parts of the protocol, citing the need to respond to the “very grave and serious situation”.

She said the bill would preserve elements that were working, while fixing those that were not – the movement of goods, goods regulation, VAT, subsidy control and governance.

It could allow ministers to remove customs processes for goods moving within the United Kingdom and enable the frictionless movement of agri-food goods staying within the UK.

It could also see businesses in Northern Ireland given the ability to choose whether to follow UK or EU regulations, depending on who they are trading with.

But Britain has been warned that unilaterally pulling out of the protocol could put the wider Brexit deal at risk, provoking a trade war with Europe, while also breaching international law.

Brandon Lewis: We want to fix problems of Protocol

Northern Ireland Secretary Brandon Lewis insisted that the new bill is “lawful” and “correct” but there is likely to be some opposition from within Tory ranks.

According to the Financial Times, a note has been passed among those against the bill, saying: “Breaking international law to rip up the prime minister’s own treaty is damaging to everything the UK and Conservatives stand for.”

Read more:
What is the Northern Ireland Protocol and why does it matter?
Rob Powell: It will spark outrage – but picking a fight over Brexit moves an embattled PM onto safer territory

Mr Lewis told Sky News’ Sophy Ridge on Sunday: “What we’re going to do is lawful and it is correct.

“We will be setting out our legal position on this. People will see that what we’re proposing resolves the key issues within the protocol that don’t work.” 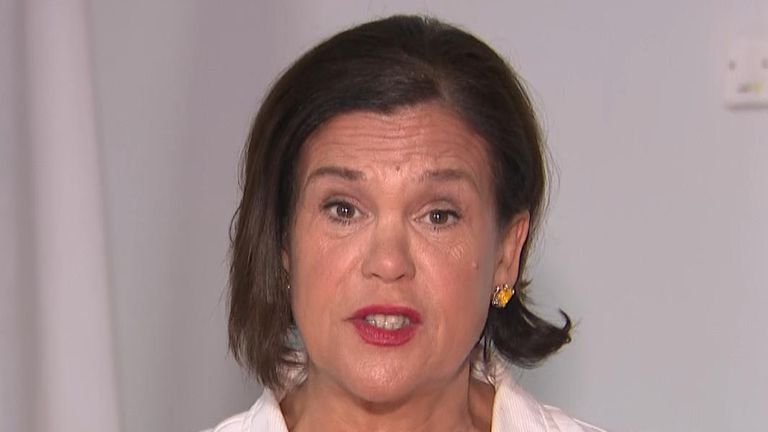 But shadow chancellor Rachel Reeves said: “This government seems to be developing a record for law-breaking and it is not one that the Labour Party can support.”

Downing Street has said it will share only “a summary” of the legal advice it received with the public.