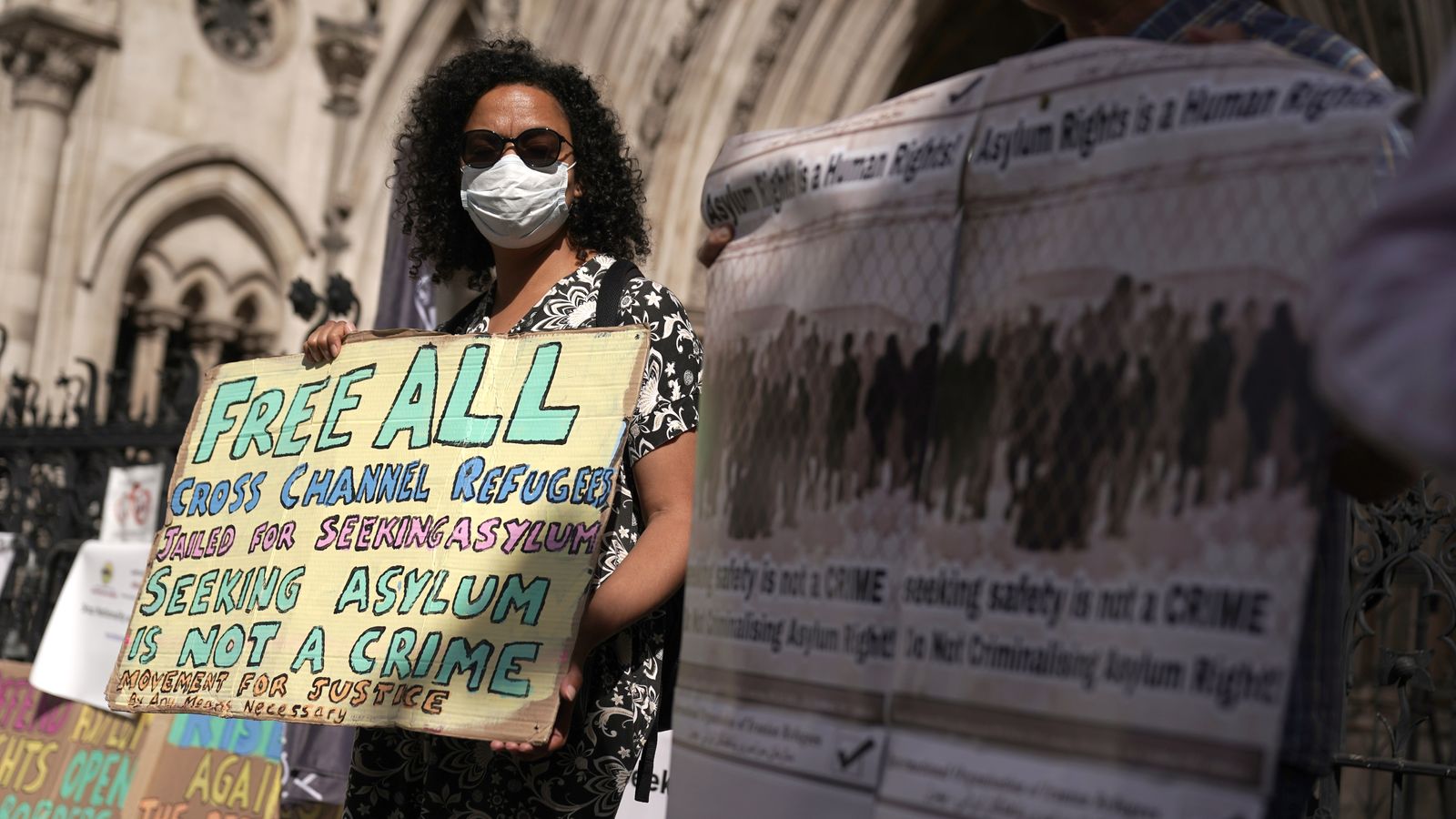 The Court of Appeal has ruled the first deportation flight taking asylum seekers to Rwanda can go ahead tomorrow.

Rights campaigners have argued that the government policy is inhumane and will put migrants at risk.

But officials have said the strategy will deter people from making dangerous Channel crossings from France in flimsy small boats run by smugglers.

The Home Office believes the removal plan is in the public interest and must not be stopped.

The latest legal challenge comes after the High Court ruled last week that the flight to Rwanda could go ahead.

The appeal court said it “cannot interfere” with the original decision.

Lord Justice Singh said “we consider that the judge produced a detailed and careful judgment which is all the more impressive in view of the time constraints under which he had to give it” in this “urgent and important case”.

The judges refused permission for an appeal to the Supreme Court against their decision.

The Public and Commercial Services union (PCS), which represents around 80% of Border Force staff, had brought Monday’s case, alongside charities Care4Calais and Detention Action.

A second case is currently being heard in the High Court after Asylum Aid, a refugee charity, applied for an urgent interim injunction to stop the government flying migrants to Rwanda.

Lawyers for the charity argued the procedure adopted by the government was unfair.

Downing Street has said that it remains the government’s plan for the flight taking asylum seekers to Rwanda to go ahead on Tuesday as planned.

The Prime Minister’s official spokesman said: “We certainly intend for there to be a flight tomorrow. That still remains the plan.”

As of Friday, around 130 people have been told they could be moved to Rwanda under the new scheme.

There are 11 people scheduled to be on tomorrow’s flight, although Lord Justice Singh suggested the numbers could now be in single figures.

He focused on the United Nations High Commissioner for Refugees’ (UNHCR) concerns about Britain’s asylum flights.

The UN refugee agency holds an unequivocal position that the flight should not proceed.

Mr Husain said it was “abundantly clear” the Home Office’s view that Rwanda is a “safe third country” for asylum claims “was predicated on a complete misunderstanding” of the views of the UNHCR.

He added that asylum seekers “must be seen as a particularly underprivileged and vulnerable population group”.

He also said there is evidence of risks to individuals citing a UNHCR example of protests by refugees in Rwanda against food ration cuts in 2018, adding that “12 individuals were killed, 66 were arrested and some remain detained”.

Therefore, the United Nations High Commissioner for Refugees is “concerned that persons of concern relocated from UK to Rwanda may be at significant risk of detention and treatment not in accordance with international standards should they express dissatisfaction through protests after arrival”.

Mr Husain told the packed courtroom that British law says it has “never been a criminal offence to arrive in the UK without relevant documents”.

Prince Charles is said to have privately called the government’s plans “appalling”.

But Boris Johnson has again defended the controversial policy, claiming the move is necessary to stop illegal people-smuggling rackets on either side of the Channel.