On 14 June 2017, a small flat fire spread rapidly up a west London tower block and engulfed the building in a raging inferno.

The Grenfell Tower fire left 72 people dead in what is remembered as one of the worst tragedies in the history of modern Britain.

Feelings of despair turned into anger in the days after the fire when it emerged there were serious problems with the safety of the building.

Tuesday marks the fifth anniversary of the tragedy, and a wide-ranging public inquiry into the disaster is due to end next month as activists continue to fight for justice.

The Metropolitan Police has been investigating the fire but cannot bring any criminal charges, such as corporate manslaughter, until the public inquiry has been completed.

Here, we take a look at the main things that have been learned in the inquiry so far.

The cladding firm knew of the fire risk

The reason the fire was able to spread so quickly up the 24-storey block was because it had been covered in flammable cladding during the refurbishment project that took place between 2012 and 2016.

The cladding had been provided by a firm called Arconic, whose former UK sales manager admitted to the inquiry in February 2021 that she knew the cladding could burn but did not warn customers.

Debbie French, who was sales manager between 2007 and 2014, said the company’s more flammable options were cheaper and therefore sold as part of a market strategy to increase the chance of securing contracts.

It was not just the cladding that burned

In September 2020, the inquiry heard combustible materials had been packed around the new windows during the refurbishment that “contributed to the speed at which the fire spread from the flat… to a multi-storey external fire”.

It emerged Mark Dixon, who ran the subcontracting firm SD Plastering that installed the material, had complained the works were giving him a “headache” and he needed to “find ways of making it easier and quicker”.

The gaps around the windows were supposed to be packed with non-combustible Rockwool insulation fibre. However, SD Plastering used combustible Celotex foam boards.

There were two types of combustible plastic foam insulation used on the outside of Grenfell Tower.

In November 2020, the public inquiry heard Celotex, which made the majority of the insulation, added a non-combustible material to its product to ensure it would pass a fire safety test in 2014.

It hid the material’s use from the fire test report, official certification bodies and even the company’s sale staff.

The material was also not mentioned in the marketing of the product that was advertised as “suitable for use” on high-rise buildings.

Meanwhile, the second company that provided insulation was Kingspan, which sold its products for use on high-rise buildings without a relevant large-scale fire test.

Its insulation passed a test in 2005 but Kingspan changed the product a year later.

The inquiry heard subsequently tested products turned into a “raging inferno” but Kingspan continued to sell its insulation using the 2005 test on the old material.

The refurbishment project that took place on the Grenfell Tower was undermined by “shockingly poor workmanship”, the inquiry heard in July 2020.

Fire barriers in the cladding system were installed upside down and the wrong way round.

Some were roughly cut and gaps were left.

The local authority building control officer responsible for inspecting the Grenfell Tower refurbishment had no previous experience of an overcladding project on an occupied high-rise residential building, the inquiry heard in September 2020.

John Hoban described himself as “heartbroken” over the disaster and accepted he made “serious failings” in his work.

He didn’t notice that cavity barriers had not been designed around the windows to stop flames spreading to the outside wall.

Mr Hoban also failed to recognise the cladding materials on the building were not suitable for use together on high-rise buildings.

Firefighters were not prepared

Firefighters who attended the blaze did not have training on how to best combat a cladding fire, the inquiry heard in 2019.

A report released after the first phase of the inquiry found there was a lack of training in how to “recognise the need for an evacuation or how to organise one” and incident commanders “of relatively junior rank” were unable to change strategy.

Sir Martin Moore-Bick, the inquiry chairman, also criticised the London Fire Brigade for how it implemented a “stay put” strategy, where firefighters and 999 operators told residents to stay in their flats for nearly two hours after the blaze broke out.

The strategy was rescinded at 2.47am, with Sir Martin saying lives would have been saved if the advice had ended about an hour earlier. 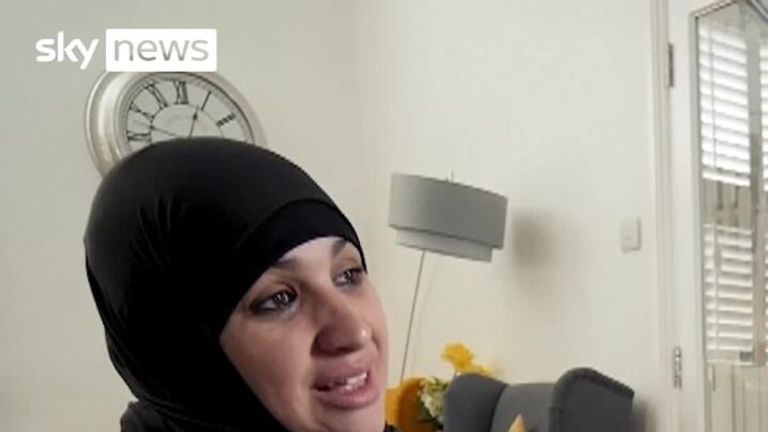 ‘I miss everything about Grenfell Tower’

In May 2021, the inquiry heard the head of housing at the Royal Borough of Kensington and Chelsea, the council that owns Grenfell Tower, failed to act on the recommendations put forward in the coroner’s report reflecting on a fire in Camberwell, southeast London, in 2009.

Six people died and at least 10 people were injured in the Lakanal House fire.

The coroner’s document included calls for landlords to ensure they had evacuation strategies in place.

It also called on landlords to ensure staff members involved in the procurement of refurbishment projects were adequately trained in understanding the fire-protection qualities of the materials used.

Blow to Putin as Germany confirms it will send Ukraine Leopard 2 tanks
Why is Rick Astley suing rapper Yung Gravy?
Politicians are not offering a comprehensive solution on how to fix the NHS
Asteroid 2023 BU Just Passed a Few Thousand Kilometres From Earth. Here’s Why That’s Exciting
Speakers call for overhaul of All-Party Parliamentary Groups