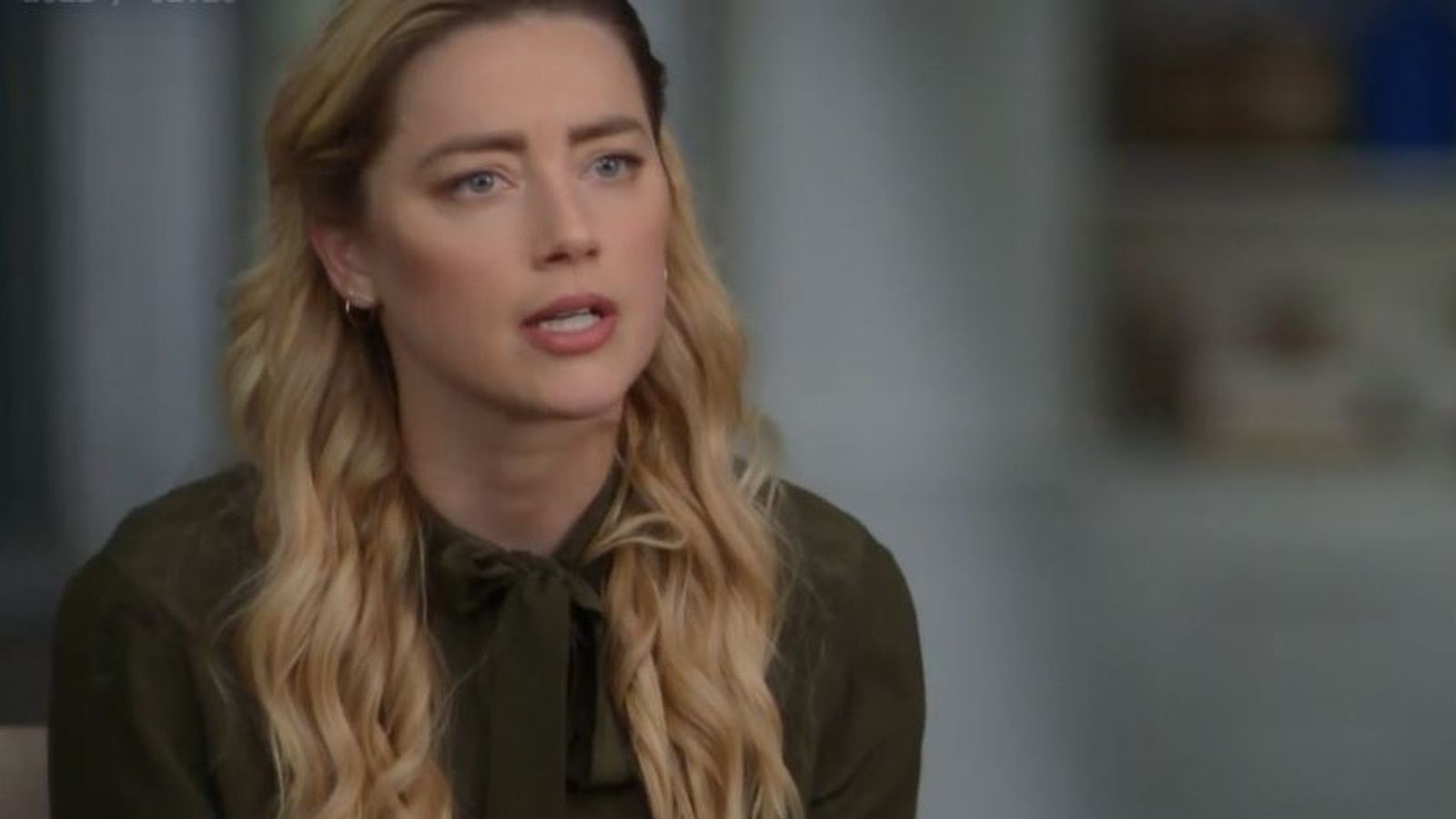 Amber Heard has said she realises she is not a “likeable” or “perfect victim” – and that she still has love for ex-husband Johnny Depp and has “no bad feelings or ill will towards him”.

The actress made the comments in the second half of an interview with NBC in the US, her first since Depp won his multimillion-pound libel trial against her.

Asked if she still has love for the actor, Heard replied: “Yes, absolutely. I love him. I loved him with all my heart and tried the best I could to make a deeply broken relationship work. And I couldn’t.

“I have no bad feelings or ill will towards him at all. I know that might be hard to understand. Or it might be really easy to understand if you have just ever loved anyone… It should be easy.”

However, Heard also admitted she fears she could be sued for defamation again by Depp by continuing to speak out following the verdict in court. Depp has strenuously denied her allegations of domestic abuse.

Asked whether Depp had achieved “total global humiliation” for her – as the court heard he wrote in a text message to a friend – the actress, 36, told journalist Savannah Guthrie: “I know he promised it.

“I testified to this. I am not a good victim, I get it. I am not a likeable victim. I am not a perfect victim. But when I testified I asked the jury to see me as human and here, his own words, which is a promise to do this, it seems as though he has.”

The Aquaman star was then asked if she is nervous about what she can and cannot say now, and responded: “Of course. I took for granted what I assumed was my right to speak.”

Addressing potentially being sued again, she said: “I am scared that no matter what I do, no matter what I say or how I say it, every step that I take will present another opportunity for silencing, which I guess is what a defamation lawsuit is meant to do.”

She also maintained her column on domestic abuse published in the Washington Post in 2018 – the article at the heart of Depp’s case against her – was not about her ex-husband, but about the “bigger cultural conversation” surrounding the #MeToo movement at the time.

“The op-ed wasn’t about my relationship with Johnny,” she said. “What the op-ed was about was me loaning my voice to a bigger cultural conversation that we were having at the time.”

Heard said it was “important” to not make the article about Depp “or to do anything like defame him. I had lawyers, teams of lawyers, review all the drafts of this”.

She said she never wanted Depp to be “cancelled” and lose his career over the article. “Of course not. It wasn’t about him.”

The actress also addressed evidence by a former employee of celebrity website TMZ, who testified during the trial that the publication had been tipped off about when she would attend a Los Angeles courthouse to file a restraining order against Depp following their break-up in May 2016.

“He certainly didn’t get tipped off by me or anyone in my [team],” she said. “Why would they? No. As I testified before, it had nothing to do with me.”

Heard’s latest comments were made in the second half of her two-part interview. In the first part on Tuesday, the actress admitted she and Depp were “awful to each other” and that she “made a lot of mistakes” – but claimed she “always told the truth”.

After six weeks of testimony, the court case came to an end on 1 June, with the jury finding that a 2018 article Heard wrote for the Washington Post, about her alleged experiences as a survivor of domestic abuse, was defamatory towards Depp.

Heard did win on one count of her counter-suit, successfully arguing that one of Depp’s attorneys defamed her by claiming her allegations were “an abuse hoax” aimed at capitalising on the #MeToo movement.

During his time on the stand in court, Depp denied abusing Heard and told jurors that his ex-wife’s allegations of domestic violence were “heinous and disturbing”.

He said he was “obsessed” with getting to the truth of what really happened during their relationship.

“I felt it was my responsibility to clear my name and my children of this horrid thing that they were having to read about their father,” he said. “My goal is the truth, because it killed me that people I’d met over the years… would think that I was a fraud and had lied to them”.

Later on in the trial, when asked what it had been like listening to Heard’s testimony, Depp said: “It’s insane to hear heinous accusations of violence, sexual violence, that she’s attributed to me, that she’s accused me of.

“I don’t think anyone enjoys having to split themselves open and tell the truth, but there are times when one just simply has to because it’s gotten out of control.”

He then paused before saying: “Horrible. Ridiculous. Humiliating. Ludicrous. Painful. Savage. Unimaginably brutal, cruel, and all… false. All false.”

After appearing in court for all the evidence, Depp was not there for the verdict, instead touring the UK with musician Jeff Beck.

Elaine Bredehoft, one of Heard’s lawyers, has said she plans to appeal.