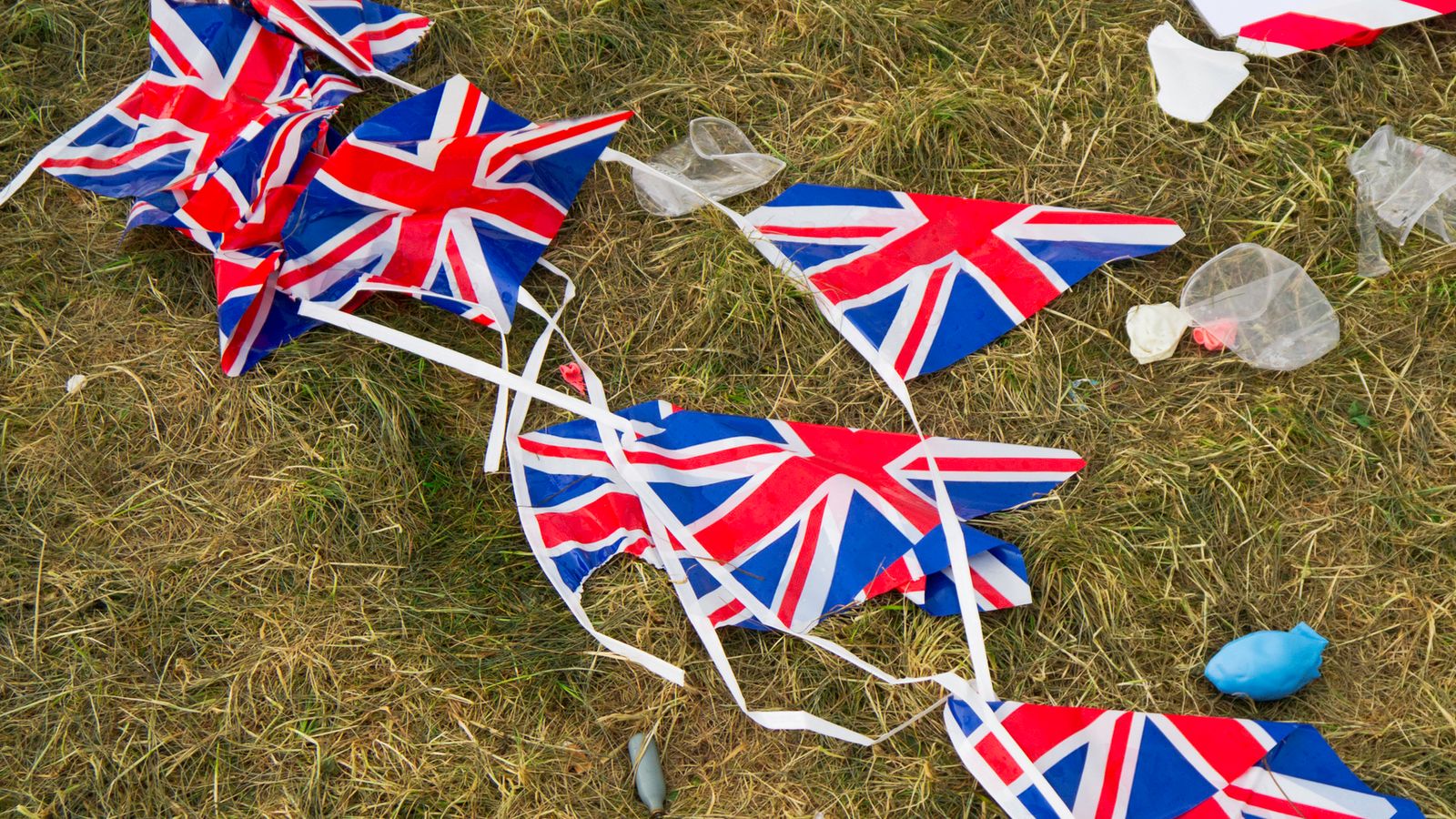 This month’s Platinum Jubilee was a celebration of permanence. Seventy years on the throne by the same Queen of the United Kingdom of Great Britain and Northern Ireland.

The Union Jack decked the streets as an emblem of that union, combining the crosses of the patron saints of England, Scotland and Ireland. There is no representation of St David on the flag – a reminder that Wales has often been an also-ran in the UK’s great constitutional debate.

The UK is still evolving today.

In Scotland, Northern Ireland and England, the ties that bind us together are under increasing stress. The national anthem hopes that the Queen will be “long to reign over us” but there is no God-given reason why she or her heirs will find themselves reigning over the same geographic or political entity.

Queen Victoria was an Empress. As the heads of government of that former empire head to Rwanda this weekend for their biannual CHOGM summit, they no longer attach the word “British” to the Commonwealth and only permit Elizabeth II to be its nominal head by invitation and not as of right.

At this summer’s Commonwealth Games in Birmingham, the nations which compose Team GB at Olympics will compete against each other, as they do in football internationals.

The identities GB and UK are relatively recent historical innovations. The Scottish and English monarchies combined in 1603. The Act of Union between the two countries came 100 years later. Northern Ireland came into existence a century ago when parts of the island of Ireland gained independence. Devolved governments were only established for Scotland, Wales and Northern Ireland during the Tony Blair government at the start of this century.

From Owen Glyndwr and Robert the Bruce to the IRA, none of these changes occurred without violence.

How Brexit has exacerbated the divisions

The task of holding the UK together falls to the UK government based in England and dominated by English politics because England overshadows the other nations. The English electorate accounted for 83.9% of the UK total at the last general election in 2019. 533 MPs in the Commons represent English constituencies compared to 117 from the other nations.

The second referendum on UK membership of the European Union in June 2016, six years ago next week, was brought about by turmoil in the English Conservative Party and splinters on the right of English politics.

The desire was to take back control, deemed to have been lost to the supranational power of the European Union. England and Wales voted to Leave, Scotland and Northern Ireland voted by bigger margins to Remain. The UK “Brexited” from the EU.

This clear divergence of opinion has exacerbated the divisions in the Union. 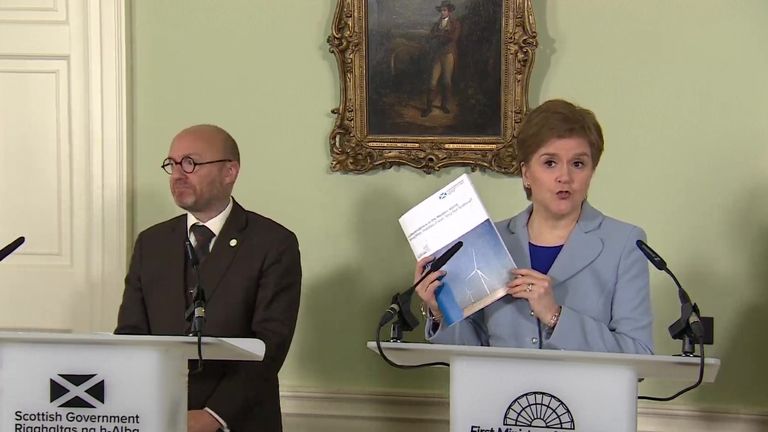 This week the SNP and Scotland’s First Minister Nicola Sturgeon rebooted their campaign for a second independence referendum with an online video predicated against “a damaging Brexit that Scotland overwhelmingly voted against”.

Meanwhile, power-sharing government in Northern Ireland has ground to a halt because of the inherent contradictions of the protocol agreed by Boris Johnson with the EU to “get Brexit done”.

The Belfast Agreement was endorsed on Good Friday 1998 by the British and Irish governments and most of the main political parties in Northern Ireland (the DUP only came on board later). The US and the EU were highly active in the background as guarantors. By common consent the rapprochement between the UK and the Republic of Ireland came about because they were both members of the EU. Recognition of the Council of Europe and the European Convention on Human Rights is included in the Treaty.

The UK has withdrawn from the EU and the UK government is proposing unilateral changes to the implementation of the protocol and, now because of its difficulties over sending migrants to Rwanda, to the ECHR as well. This government bridles at international agreements and adjudicators being able to impact on its actions even when they cross international borders.

The Northern Ireland protocol came about because the government in Westminster paid little attention to the requirements of the province during the Brexit negotiations. At the last minute, they attempted to square the circle.

Northern Ireland remains within the EU for trading purposes, thereby avoiding the need for a “hard border” between North and South but inevitably creating some kind of trade border with the island of Great Britain, because it is now in a different trade block (having chosen to leave the EU).

Unionist parties are entirely justified in saying that a border separating Northern Ireland from the rest of the UK is a violation of the Good Friday Agreement’s pledge of mutual respect for both communities, that that each could identify with either Ireland or the UK without obstructions. But the practicalities of Brexit make that an impossibility.

Sinn Fein, which stands for a united Ireland, is now the largest party in both Ireland and Northern Ireland. Both nations hold elections by proportional representation – anathema to Westminster’s Conservatives whose majoritarian hegemony depends on a divided opposition in a first-past-the-post system.

Meanwhile the SNP is arguing that sticking with the smaller union of the UK, long shorn of the glories of Empire, is now depriving Scotland of the benefits of membership of a bigger union with Europe. Its new campaign argues that smaller nations within the EU are richer, happier, and fairer than the UK.

Boris Johnson’s “Project Love” answer is more government from the centre and pointing out that Scotland does comparatively well from the coffers of the Her Majesty’s Treasury.

Is patience in unity running out?

Opinion polls show clearly that there are no majorities as yet for a breakaway in either Northern Ireland or Scotland. There are sound financial reasons for that, even though the minority separatist sentiment is rising in Wales too.

Meanwhile English voters, especially Conservatives, are losing patience; they tell surveys they are indifferent whether Northern Ireland or Scotland stay or go.

Read more from Adam Boulton:
The slow death of prime ministers and what waits for Boris Johnson

When the UK was a member, the EU was a glue which helped to hold the Union together. It has always opposed separatist movements within its member states, while encouraging a “Europe of the Regions” and over sixty languages, as a federal insurance policy.

There is no sign of any practical moves against the UK by the EU, but it is an uncomfortable fact that supporting the Union is no longer in the EU’s strategic interest – especially if Scotland or a United Ireland, say, are potential member states.

It would be unwise to bet on all the home nations still being part of this United Kingdom, as currently constituted, at the platinum anniversary in 70 years’ time.

Adam Boulton is writing a column every Friday for Sky News

Ukraine War: What difference will western tanks make?
Rising public support for unions despite widespread strikes, Sky News poll suggests
Chancellor to dismiss ‘gloom’ about economy – but set to resist calls for tax cuts
‘I was sad for the institution’: Nancy Pelosi speaks out about McCarthy speaker vote
House Speaker McCarthy spoke with Musk about making Twitter ‘fair on all sides’