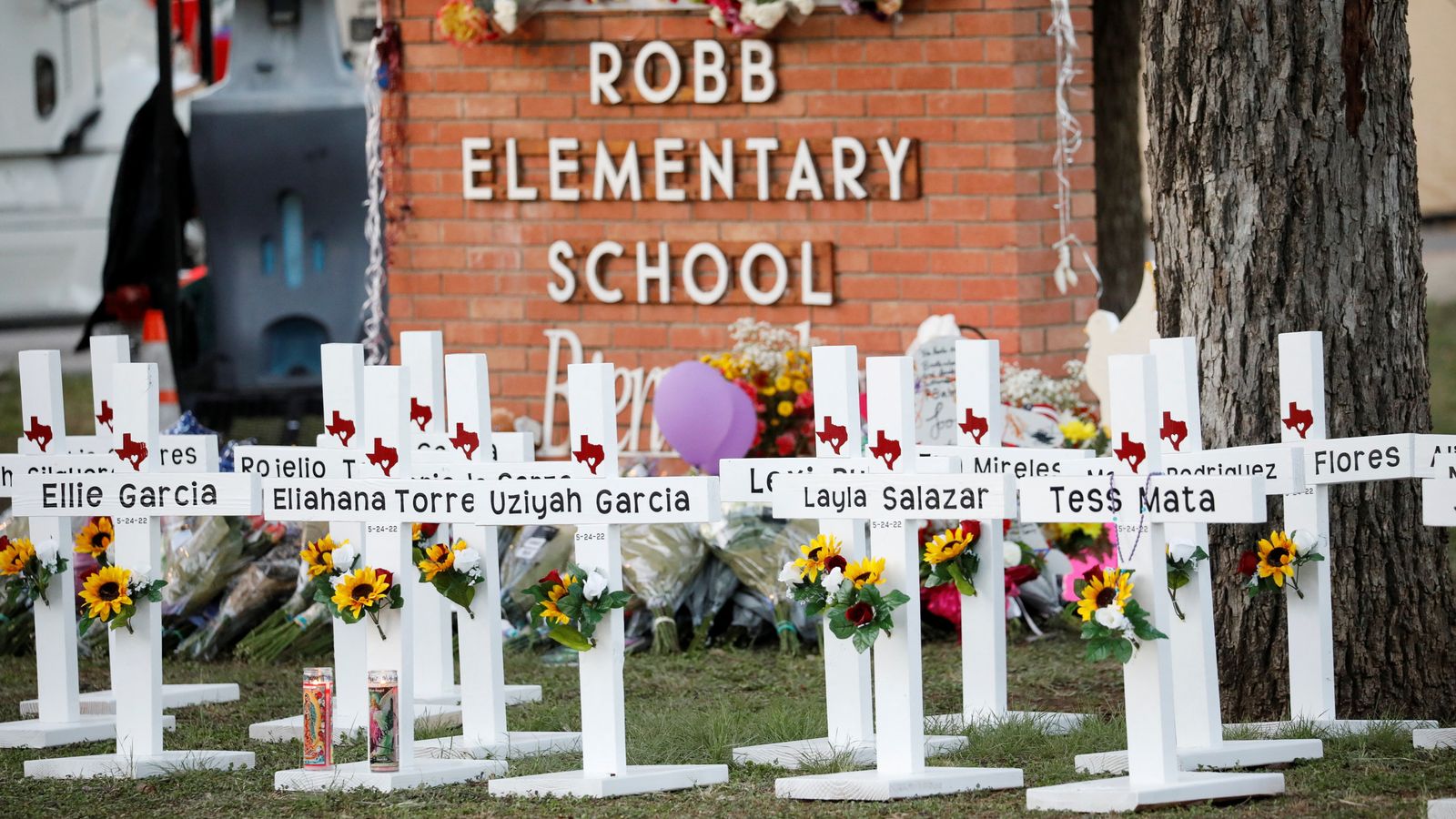 A police officer armed with a rifle hesitated when he had an opportunity to shoot the Uvalde school gunman, it has been reported.

The unidentified city officer, who was carrying an AR-15-style weapon, apparently paused because he feared hitting children, a senior sheriff’s deputy told The New York Times.

Another officer from a different department – the Uvalde school district police force – arrived early but drove past the gunman, not seeing him in the school car park, officials said.

Salvador Ramos, 18, killed 21 people, including 19 children, at Robb Elementary School in Texas on 24 May. He is not believed to have left a manifesto or a note explaining his actions.

Police did not confront him for more than an hour, even as anguished parents urged them to enter the school.

Any attempt to take out the moving gunman would have been difficult, he added. Had the officer opened fire and hit a bystander – especially a child – he could have faced a criminal investigation.

Chief Deputy Rios told the newspaper: “My understanding, after talking to several officers that were there, was that the gunman engaged two City of Uvalde officers when they got there, outside the building.”

The officers, including the one with a rifle, took cover behind a patrol car.

Recounting a conversation, Chief Deputy Rios said: “I asked him, ‘Why didn’t you shoot? Why didn’t you engage?’ And that’s when he told me about the background.

“According to the officers, they didn’t engage back because in the background there was kids playing and they were scared of hitting the kids.

The Uvalde Police Department, whose officer is said to have had the gunman in his sights, did not respond to a request for comment, The New York Times said.

Mr Rios said he had shared his information with a special Texas House committee investigating the school massacre.

Representative Dustin Burrows, who chairs the committee, has defended a decision to interview witnesses in private and not reveal its findings so far.

A teacher who survived the school shooting has said he will never forgive the police for taking over an hour to enter his classroom after the gunman first opened fire.

Arnulfo Reyes, a third and fourth grade teacher who taught in room 111, was shot in the lung and the back by Ramos.

Memphis ‘Scorpion Unit’ under scrutiny after Tyre Nichols’ death
24 star Annie Wersching dies at the age of 45
Stormzy announced as latest performer for Brit Awards 2023
Kanye West a ‘danger to my children’, David Baddiel says
British teenage extremist whose videos were linked to two mass murders in US jailed