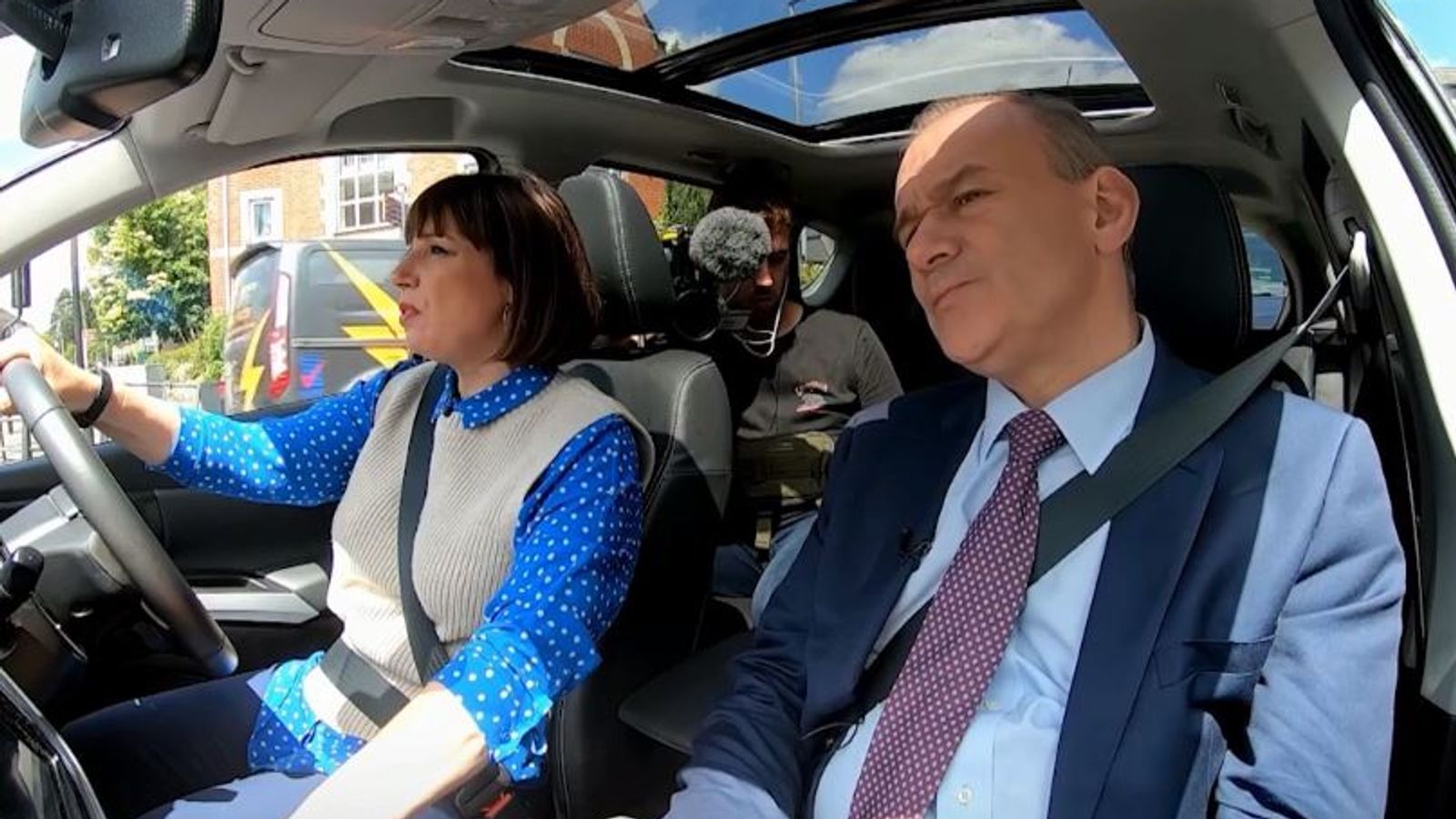 The sun is blazing in Taunton and Lib Dem leader Ed Davey has his shirt sleeves rolled up as he leaflets in the Blue Wall town of Somerset.

And they are right to be feeling sunny: after being routed by the Tories in the 2015 general election – losing all but eight of their 57 parliamentary seats – the Lib Dems stormed home in last month’s local elections, taking 46% of the vote and winning control of Somerset council.

After years in the wilderness, this part of England is finally becoming fertile ground for a Liberal Democrat fightback.

The big test will come this week when the Lib Dems try to win Tory stronghold Tiverton and Honiton in Thursday’s by-election. The Lib Dems once held 10 seats in this part of the world before suffering a total South West wipeout in 2015 after losing all 10 parliamentary seats.

It would be a huge win – and surprise – if Mr Davey can overturn a 24,000 Tory majority and take this seat. The party says it would be the biggest such margin ever overcome in a by-election, but insists it is in their grasp, after internal polling circulated suggested the party was only marginally trailing the Conservatives, on 46% support against the Lib Dems’ 44%.

This emerging battleground has been dubbed the Blue Wall – parliamentary constituencies in the south of England, which have traditionally voted Conservative, but are generally opposed to Brexit and could be vulnerable to gains by either the Lib Dems or the Labour Party.

Two recent by-elections have borne out this possible trend, with the true blue Buckingham constituency Chesham & Amersham turning Lib Dem in June 2021, followed by a win in North Shropshire in December that year, as the Lib Dems overturned a Tory majority of 23,000 in the second-largest swing from the Tories to the Lib Dems (or its predecessors) in a by-election since 1945.

Now the Lib Dems are hoping to do it again.

Mr Davey thinks the revival of the Lib Dems is down to a number of factors. There’s the long detoxification of the Liberal Democrat brand so tarnished by the coalition years (I suggest to Mr Davey the Lib Dems have gone back to being a protest party, he replies that it’s rather the Lib Dems are once again a “community politics party”).

But the Lib Dems are undoubtedly benefitting from the Boris Johnson government’s failures too, be it from the long-running turmoil and damage done by the partygate affair, or Mr Johnson’s focus on those Red Wall seats in the north and Midlands.

“I’ve talked about the Blue Wall seats after the Chesham and Amersham victory and there was this sort of metropolitan blue wall we are talking about, and now there is a rural blue wall as we go into those conservative heartlands,” Ed Davey tells me over a cup of tea in the Piccalilli Line Cafe in Taunton.

“There is no doubt, we hear it on the doorsteps wherever we are, they feel the Conservative Party has taken them for granted and that’s partly…that they feel like they are focussing on elsewhere in the country, and have forgotten other parts of the country.”

There is certainly a whiff of mid-term government blues and frustration over the economy as we chat with people enjoying the sunshine in Taunton’s shopping centre. Kimmy tells me she’s always voted Conservative before but might not do so now. “I just don’t think they haven’t done a particularly grand job so far.”

Another Conservative supporter tells me something similar: “I just think they are terrible at a national scale. I think they have completely misunderstood what ordinary people want, and what they need in terms of the cost of living crisis. I mean look around, people are really struggling.”

Amanda, a Lib Dem voter, thinks Tiverton next door could turn yellow this time around. “It is very blue around here, but I think even true blues are getting fed up with what’s going on, just with the lies… it’s not good.”

For Mr Davey this by-election could be a symbol of bigger things, as protest votes add up to parliamentary seats and the Lib Dems become a force once more in national politics after being so badly burnt in the 2015 general election.

And part of that for the Lib Dem leader is a pledge to potential switchers that there will be no coalition with the Conservatives, which he clearly emphatically rules out. “I have made it very clear, I will not put the Conservatives into government again. I will not allow Boris Johnson to be PM.”

As for Keir Starmer, the Lib Dem leader is less clear, refusing to rule out going into coalition, or another deal with the Labour Party, saying this (repeatedly).

“I am making it clear that we will put forward Liberal Democrat policies, and the more Lib Dem MPs we have we will fight for those. It may be a minority government, who know what will be.”

For all the focus on the Red Wall and Labour’s fightback after 2019, the Blue Wall is now another emerging frontier that threatens to catch Mr Johnson’s big majority in a pincer movement.

“The Blue Wall is critical to the geography of British politics at the next election,” observes Mr Davey, who says the Lib Dems are “taking on the Tories in their heartlands”.

On Thursday, the prime minister will face battles on two key electoral fronts – the Blue Wall in Tiverton and Honiton, and the Red Wall in Wakefield, and he could well lose both, which will only serve to further rattle agitated MPs.

It also raises a question in my mind about whether this ‘progressive alliance’ between the Lib Dems and Labour will build in the run-up to the 2024 general election.

Mr Davey won’t do any business with Mr Johnson but he left me with the distinct impression that he would deal with Sir Keir.