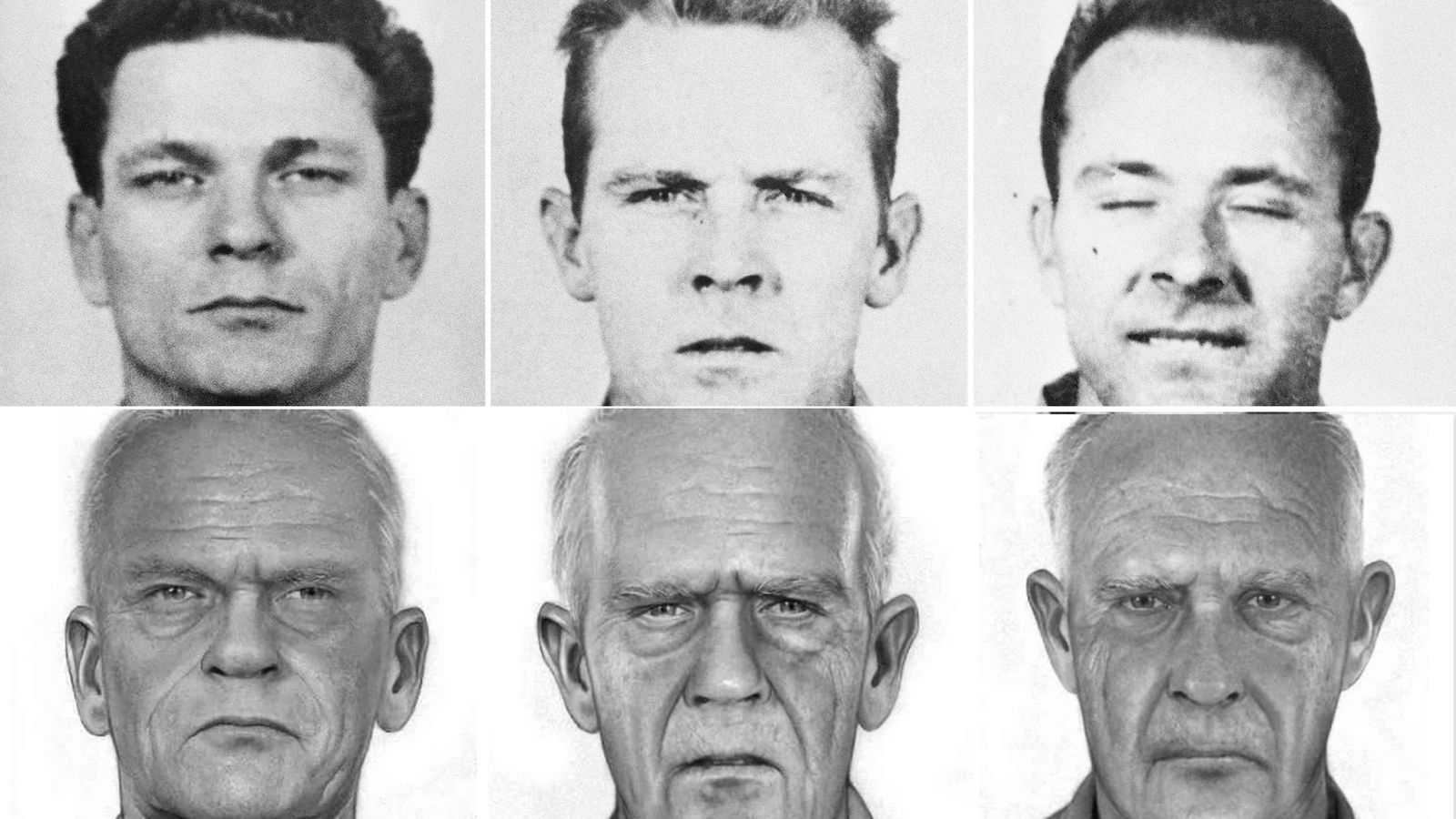 Sixty years ago, three men pulled off the escape of a lifetime by digging their way out of Alcatraz. Now, the US Marshals Service has released images of how the criminals may look now.

In 1962, Frank Morris, John Anglin and his brother Clarence managed to tunnel their way out of the infamous prison in San Francisco Bay, before boarding a raft fashioned out of World War Two-era raincoats.

To hide their escape, the three men had built dummy heads made of plaster, flesh-toned paint and real human hair, which they stored inside a hollow space above the cell block.

They used kitchen utensils, old tools and other objects to dig through the prison’s drain system, ending up on the building’s roof, where they climbed passed guards and onto their boat.

Hours later, officials noticed they were missing and the prison was placed on lockdown while an intensive search was carried out.

All three men had been sentenced to serve time in Alcatraz after being convicted of bank robbery, burglary and various other crimes.

The case, which inspired the 1979 film Escape from Alcatraz featuring Clint Eastwood, has left many wondering what happened to Morris and the Anglin brothers.

Some believe all three men drowned during the escape, while some evidence suggests they made it across in their boat.

Within two days of the escape, a packet of letters sealed in rubber and related to the men was recovered.

Later, some paddle-like pieces of wood and bits of rubber inner tube were found in the bay, according to the FBI.

A homemade life-vest was also discovered washed up on Cronkhite Beach, but no other items were found.

In 2011, Mike Dyke of the US Marshals said he had evidence a raft may have been recovered near Alcatraz on Angel Island the day after the escape, and a car was stolen the night of the jailbreak.

The FBI officially closed its case on 31 December 1979, and turned over responsibility to the US Marshals Service.

For the 17 years the FBI worked on the case, it said “no credible evidence” emerged to suggest the men were still alive.

Home to criminals like Al Capone, George ‘Machine Gun’ Kelly and Robert Stroud, the infamous prison closed in 1963 after being used for more than three decades.

The US Marshals Service has called on anyone with information about the escapees to get in touch, saying their ongoing investigation “serves as a warning to fugitives”.

“Regardless of time, we will continue to look for you and bring you to justice,” it said.