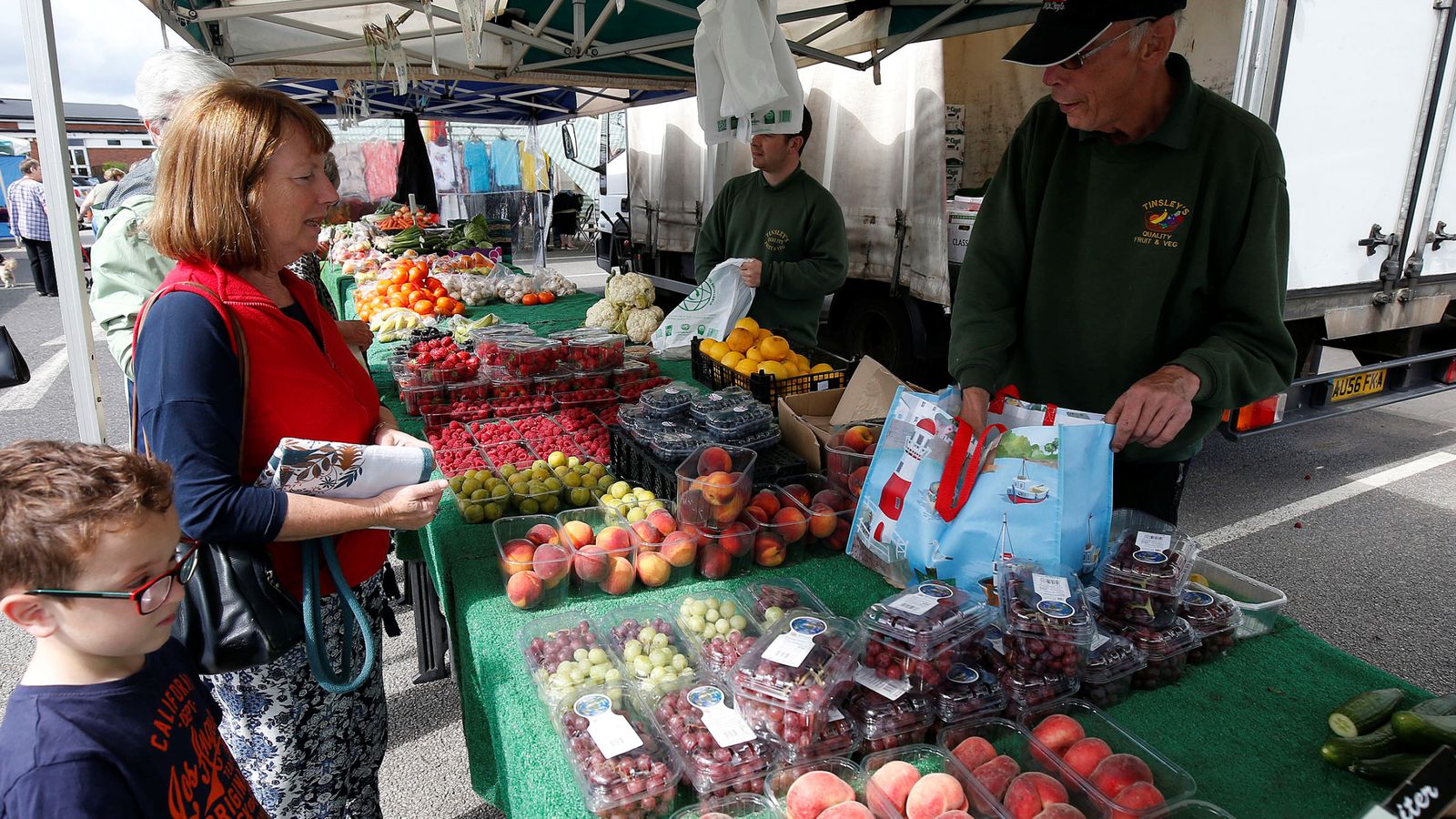 The rate of inflation has risen to a fresh 40-year high of 9.1% in May, according to the latest official figures.

The update, from the Office for National Statistics (ONS), represents a slight uptick on the 9% figure of the previous month – driven upwards by April’s unprecedented rise in the energy price cap.

The ONS said: “Rising prices for food and non-alcoholic beverages, compared with falls a year ago, resulted in the largest upward contribution.”

In monthly terms, consumer prices were up 0.7% in May.

Chancellor Rishi Sunak said: “I know that people are worried about the rising cost of living, which is why we have taken targeted action to help families, getting £1,200 to the eight million most vulnerable households.

“We are using all the tools at our disposal to bring inflation down and combat rising prices – we can build a stronger economy through independent monetary policy, responsible fiscal policy which doesn’t add to inflationary pressures, and by boosting our long-term productivity and growth.”

Economists expect the rate to lurk within the 9%-10% range in the coming months before leaping again in October when the next adjustment to the energy price cap is implemented.

The latest estimates by industry data specialist Cornwall Insight suggest that households on so-called default tariffs could have to pay an extra £1,000-a-year on average.

Read more:
‘I can’t take it anymore’ – We asked Britons how the crisis is affecting them
Food inflation to accelerate over summer and prices to stay high
Scramble for value ranges as grocery inflation hits highest level since 2009

That would bring the energy bill for a typical household up to almost £3,000 where it would be expected to remain for the winter months.

Wholesale gas costs are continuing to mount amid Russia’s war in Ukraine and Western sanctions to punish President Vladimir Putin.

That effort to force a climbdown has sparked an international scramble for supplies to meet demand, especially ahead of the winter months.

In its latest update, the Bank of England forecast that inflation would top 11% in the autumn as it raised Bank rate for a fifth successive time and signalled further action ahead.