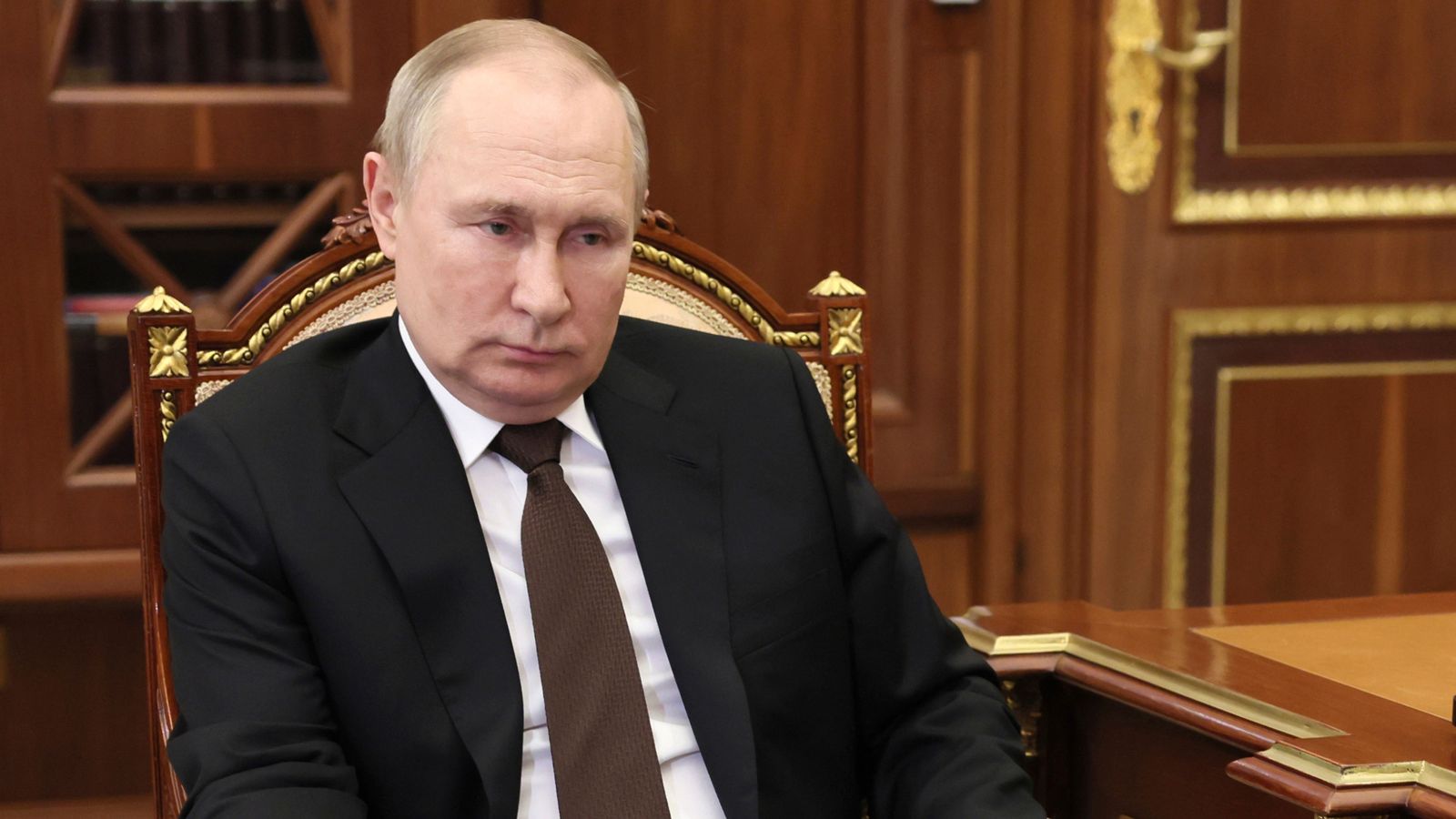 Vladimir Putin was “playing hockey” at the weekend, the Kremlin has said, dismissing rumours the Russian president may be suffering from a secret medical illness.

Barely a day has passed without fresh speculation about the health and welfare of the Russian leader since his country’s invasion of Ukraine.

His spokesman Dmitry Peskov on Monday told NBC News: “I can tell you one thing that yesterday, I know, in the afternoon, actually he played hockey. It’s about yesterday, he was playing hockey, and then think about his health by yourself.”

Observers have speculated about how the Russian leader has looked during meetings – including whether he is limping, shaking at times, gripping the table in pain – or that he has a puffy face which could show evidence of steroid use, or even botox due to being famously vain.

Mr Peskov has called the rumours about the president’s health ridiculous and denied several times that he’s terminally ill, as has been suggested in some reports.

Pressed by NBC News senior international correspondent Keir Simmons to address the rumours once and for all, Mr Putin’s spokesman also pointed to the president’s lengthy speech at the St Petersburg International Economic Forum last week to dispel widespread speculation about his health.

He said Mr Putin spoke for three-and-a-half hours, before taking part in a panel discussion.

“Just think, if an unhealthy man can perform like that,” he said.

With the war now in its 17th week, Russian attacks have largely been focused on eastern Ukraine with the declared aim of “liberating” the Luhansk and Donetsk regions which jointly make up the Donbas.

Russian-backed separatists control part of the regions and the Russian president wants them entirely in pro-Russian hands.

If his forces capture Severodonetsk, it would give Moscow control of the whole of Luhansk – and would be his biggest victory in the invasion so far.

Giving an update from a pocket of resistance that has held back the broader Russian offensive in the Donbas, Serhiy Hayday, the Luhansk governor, said Russian forces controlled most of Severodonetsk, apart from the Azot chemical plant, where more than 500 civilians, including 38 children, have been sheltering for weeks.

The road connecting Severodonetsk and Lysychansk to the city of Bakhmut was under constant shell fire, he added.

Rodion Miroshnik, an official in the self-styled separatist administration of the Luhansk People’s Republic said on Telegram: “The hours to come should bring considerable changes to the balance of forces in the area.”

But according to British intelligence, Ukrainian forces have hit back at Russia in the Black Sea.

President Putin’s navy has been “largely neutralised” by Ukrainian coastal defences in its ability to control a swathe of the Black Sea, the UK’s Ministry of Defence said.

“The target of the attack was almost certainly the Russian naval tug Spasatel Vasily Bekh, which was delivering weapons and personnel to Snake Island in the north-western Black Sea.

“The destruction of the Russian vessel on a resupply mission demonstrates the difficulty Russia faces when attempting to support their forces occupying Snake Island.

“This is the latest in a series of Russian vessels, including the cruiser Moskva, to be damaged or destroyed by Ukraine during the conflict.”

The United States and its European allies have provided weapons and financial assistance to Ukraine but avoided direct involvement in the conflict.

Tesla plans to ramp up Giga Shanghai production after surge in orders, report says
Love Island stars welcome their first child
Aptera’s clever new community funding program prioritizes your SEV delivery the more you invest
Why is the UK economy predicted to perform so badly?
UK economy to fare worse than any country in developed world, including Russia, this year – IMF