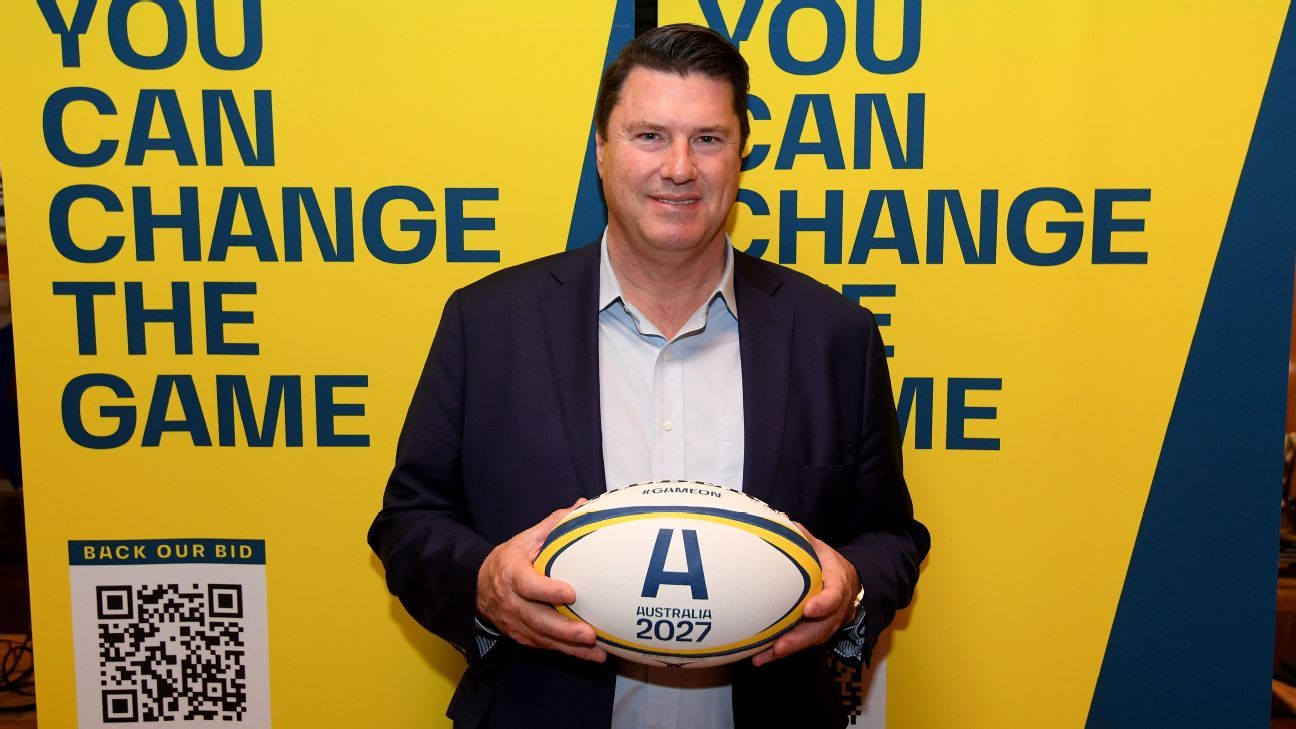 Rugby Australia chairman Hamish McLennan has doubled down on comments that his organisation could walk away from Super Rugby, saying it is a 50/50 call, while also describing the reaction stemming out of New Zealand as “hilarious”.

McLennan dropped a huge bombshell last Thursday when he revealed that “all bets were off” when it came to the future of Super Rugby Pacific beyond next year, insisting Australia had to reassess its future within the competition in the search for the best outcome for the game at home.

The comments generated enormous reaction on both sides of the Tasman, with support and condemnation coming in largely equal measure, with allegations it was nothing more than a cash grab, being a popular discourse in New Zealand.

Speaking from France, McLennan acknowledged that, but said he had no apology for publicising a process that simply had the best interests of Australian rugby at heart.

“It’s been quite controversial, but really for the board of Rugby Australia and our key stakeholders, we all felt it was a good time to reassess our position because we’ve won the World Cup in Australia in ’27 and we needed to look at what’s right for us,” McLennan told radio station SEN.

“So it needs to just be noted that initially we wanted a longer term arrangement with [NZR] on Super Rugby, they only wanted two years, and as the wheel turns we’ve sort of looked at our position and decided now’s the time to reassess because we are looking at doing, potentially, a private equity deal.

“And in Australia if you look at the AFL and the NRL, they operate as domestic competitions, so if we were to replicate what they do we will have more players playing in an Aussie competition which ultimately will probably rate better. So anyway we’re looking at our position and making sure that we make the right decision going forward.”

While Australian rugby operates in a significantly different ecosystem to the long established AFL and NRL competitions, McLennan’s comments around retaining players in Australia are timely given Guy Porter’s selection in Eddie Jones England squad, which arrived in Perth on Wednesday.

Porter and fellow Australian Harry Potter on Saturday were part of the Leicester team that won the English Premiership at Twickenham, the former Sydney University duo having headed offshore in search of greater professional opportunities.

McLennan also pointed to the vastly superior ratings of Super Rugby AU in 2021 — over 400,000 people tuned into the final between the Reds and Brumbies on Nine Gem and more than 40,000 fans flocked to Suncorp Stadium — compared with those for Super Rugby Pacific this year as a reason why RA was investigating a domestic only competition from 2024.

But that would seemingly go against the wishes of Wallabies coach Dave Rennie who on Monday reaffirmed his desire for trans-Tasman play to continue, and McLennan, too, acknowledged the high-performance angle that regular matches against New Zealand provided.

“It’s really a 50/50 call, we need to look at the money, the ratings, we’ll sit down with our broadcast partner and then we’ll make our decision,” McLennan said. “But if we go local only, a domestic only competition, there’s a lot of people saying that we’ll be in a position where we can create more top-tiered clubs and have more people playing the game, versus playing New Zealand, who have some of the world’s best players. So there is obviously a high-performance angle when we do trans-Tasman, but often what you see is that our ratings go down when that happens.

“So we need to look at all of the issues and assess what’s right for us as well as the financial dollars. So the aspect of that is that if it’s all local then we keep everything, so we can have more players in a broader competition that will rate better versus playing the Kiwis where the ratings will obviously be less, but you’re coming up against the best players in the world week in, week out.

“We just need the time to assess what’s right for rugby in Australia.”

McLennan said that RA’s rugby committee of chief executive Andy Marinos and former Wallabies Daniel Herbert and Phil Waugh had been working through the detail of what a domestic-only competition might look like and that it could even include an international aspect through Fijian or Japanese teams.

For it to be viable, the RA chairman said it would however need to be expanded from the five-team Super Rugby AU of 2020/2021 to at least eight teams and possibly 10.

There is also the ongoing consideration of private equity, where RA has suitors in both Silver Lake — who recently struck a $[AU]181m deal with NZR — and CVC, who have invested in the Six Nations and United Rugby Championship.

As for criticism flowing from New Zealand — which included former All Blacks Jeff Wilson, John Kirwan and Mils Muliaina on Sky Sport’s The Breakdown — McLennan said the hypocrisy was “hilarious”.

“I’ve copped a lot of heat over this, but at the end of the day it’s water of a duck’s back, it doesn’t worry me,” McLennan said. “New Zealand’s done what’s right for them for years and years and years. And don’t forget these were the guys who said to us just two years ago ‘we’re going to create a competition and you can have just two teams’, which would have destroyed our game.

“So we’re actually taking a step back, saying ‘Rugby Australia needs to do what’s right for it’; it’s interesting as the wheels turned and we’re playing better, we’ve got the World Cup, New Zealand’s saying ‘you can’t leave us, you’ve got to play us’ and they really don’t like the fact that we’re pushing back. It’s really quite hilarious in many cases, because they made life so difficult for us two years ago.

“And all we’re doing is saying ‘ahead of the World Cup we want to see what’s right for us,’ and actually beyond that because we’ve got a golden decade of rugby coming up. And we know that the AFL and the NRL goes domestic only and they do really really well out of it, and the calibre of the footy is excellent. And so if we have more players playing in a competition here, we can make a fist of it and I actually think the standard will be really good.

“And just remember at Test level, you really only need to get 15 guys on the paddock at any given time. So if we’ve got an expanded [domestic] competition that’s performing locally, we’re confident that with our high performance structures that we’re putting in that we’ll be able to make it work.”