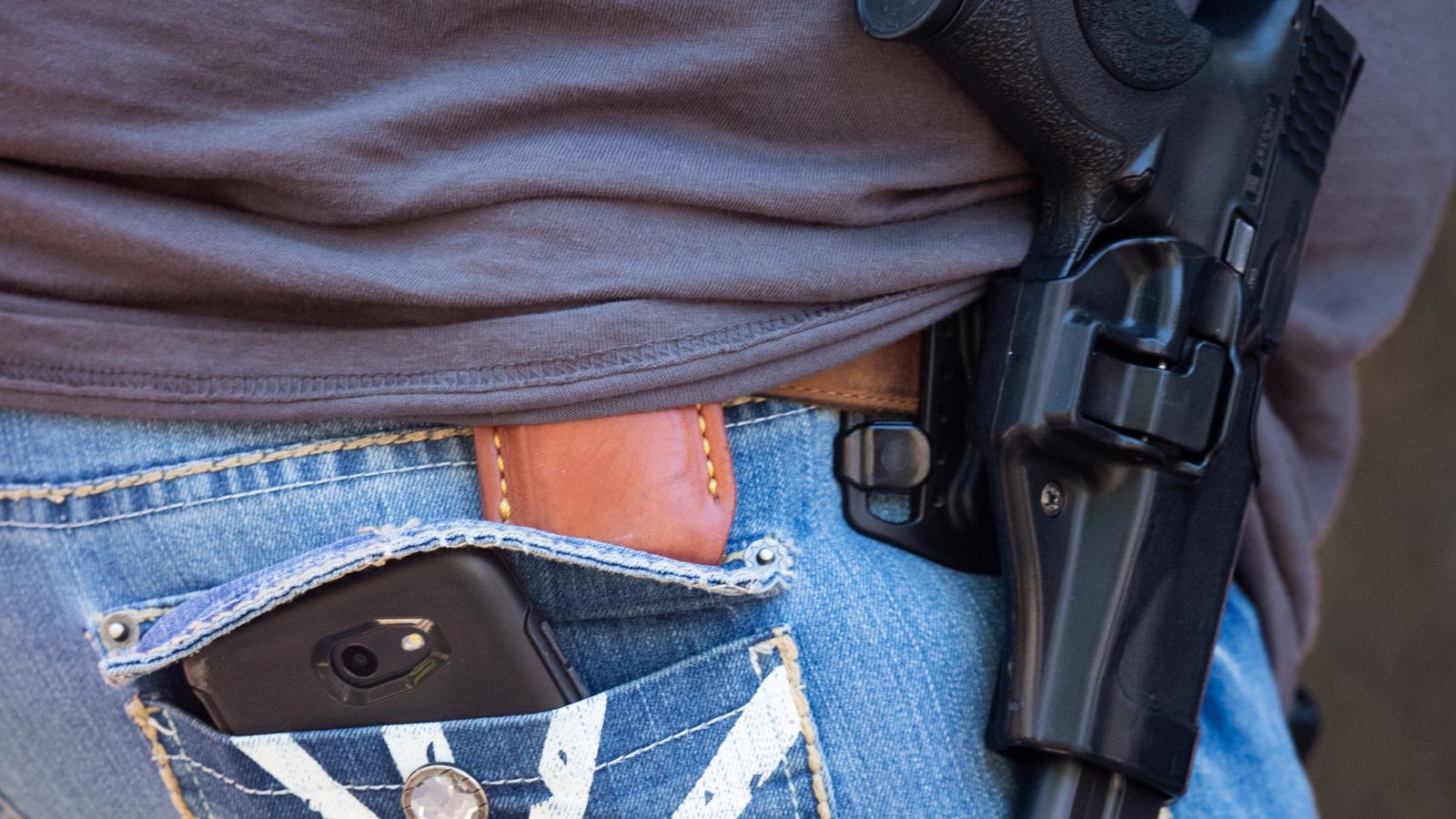 The US Supreme Court has ruled that the Constitution gives people the right to carry a gun outside their home, in a significant new ruling for gun rights.

The decision is expected to allow more people to legally carry firearms in some of America’s biggest cities – such as LA, New York and Boston – and is the court’s first major decision on gun rights in more than a decade.

It comes as Congress is working on changes to gun laws following shootings in Texas, where 19 children and two teachers were murdered, and in Buffalo, where 10 people were killed at a supermarket.

The Supreme Court justices quashed a New York law – in place since 1913 – that required people to show a particular need in order to get a licence to carry a concealed gun in public.

They said it violated the Constitution’s Second Amendment right to “keep and bear arms”.

New York Governor Kathy Hochul called the decision “absolutely shocking” and said she was “sorry this dark day has come.”

President Biden, whose administration had urged the court to keep the status quo, said he was disappointed.

The powerful gun group, the National Rifle Association, called it a “monumental win for NRA members and for gun owners across the country”.

People can legally carry a gun in public in much of the US, but it is more difficult in some states.

In New York, “proper cause” has to be shown when applying for an unrestricted concealed-carry licence. This includes showing an actual, rather than a speculative, need for self defence.

California, Massachusetts, New Jersey, Hawaii, Maryland and Rhode Island have similar laws that are now likely to be challenged.

Supporters of the New York law had argued that a change would lead to more guns on the streets and violent crime.

But the court concluded that the Constitution protects “an individual’s right to carry a handgun for self defence outside the home”.

He added: “We know of no other constitutional right that an individual may exercise only after demonstrating to
government officers some special need.”

The ruling was split 6-3, with the conservative justices backing the change and the liberal members dissenting.

The Supreme Court last ruled on gun rights in 2008 and 2010 when it said the Second Amendment enshrined the right to keep a gun inside the home.

Current efforts to tighten laws after the horror of Uvalde and Buffalo are set to be the most significant for decades – but still modest due to resistance from Republicans and gun rights’ groups to infringing on the Second Amendment.

Its proposals include tightening background checks for gun buyers convicted of domestic violence or significant crimes as juveniles.

Tougher changes backed by Democrats, such as a ban on assault-style weapons or high-capacity magazines, have been excluded from the bipartisan bill.

Intel’s horrible quarter revealed an inventory glut and underused factories
China’s North Pole plunges to freezing temperatures at -53C
What is Scorpion, the now disbanded police unit at the centre of Tyre Nichols’ death?
Flybe: Will I get a refund for my flight?
Tesla releases new software update with Auto Steering Wheel Heat and Sentry Mode lighting