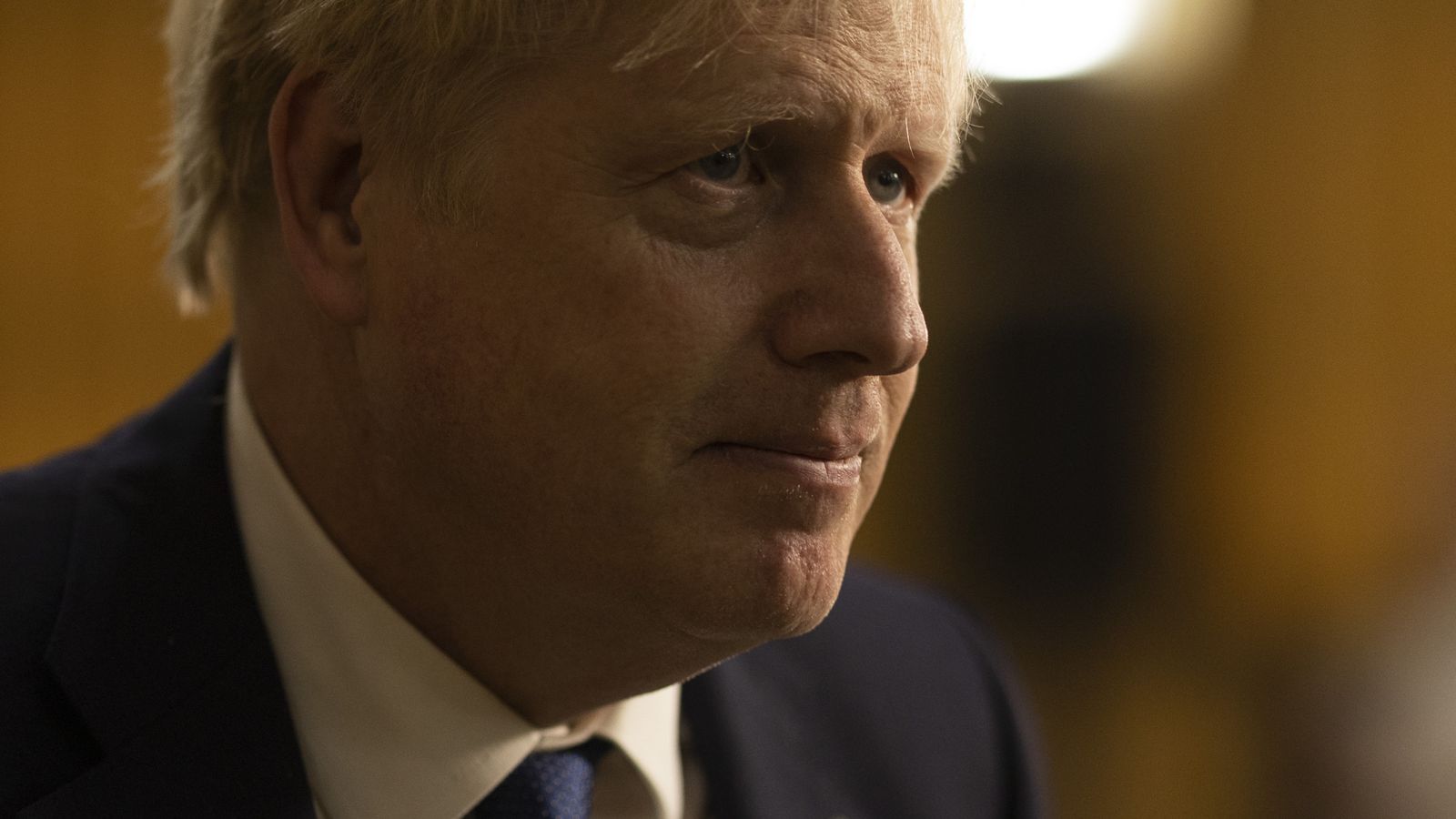 Two by-election defeats, the resignation of his party chairman with the parting shot that Conservative grassroots “deserve better than this”, and his colleagues back home openly discussing how to change party rules for another confidence vote – none of it seems to bother Boris Johnson.

As MPs back in the UK talked – publicly and privately – about how voters had sent the Conservative Party and its prime minister a clear message that things needed to change, Mr Johnson appeared content to plough on as he is, urging his MPs to remember his “golden rule”: “Focus on what we’re doing, what we’ve been elected to do, to help take the country forward.”

So far so predictable.

The prime minister is renowned for hating to apologise, show contrition or admit culpability – characteristics that his admirers and detractors love and loathe in equal measures.

So, his admission in our Sky News interview on Saturday that he had “stuffed up” was a rare moment of candidness from a typically inscrutable politician.

When he tried to put the by-election losses down to people having a “democratic safety valve of letting off at governments”, I put it to the prime minister that much of the criticism was directly about him.

To which he replied: “That’s right.”

“What I certainly think is that if you look at the by-elections, people were absolutely fed up about hearing about things that I’d stuffed up, endless churn of stuff.

Ukraine war an ‘economic problem that we don’t need’

But that was about as much self-reflection as the PM was prepared to make as he moved on to talk about the economy and his desire to stand up to Russia’s aggression on the world stage.

With his eye on the G7 and NATO, he fleshed out what he meant by “Ukraine fatigue” as he urged fellow leaders not to give up on the fight.

“Everybody is looking at this and too many countries are saying this is a European war that is unnecessary. It is an economic problem that we don’t need and so the pressure will grow to encourage, coerce maybe the Ukrainians to a bad peace,” Mr Johnson said.

He went on to say that if Vladimir Putin “gets away with the naked conquest of other people’s territory, the read-across for every single country here is absolutely dramatic”.

Read more:
Oliver Dowden has jumped – but will others follow?
PM ‘living in parallel universe, says ex-Tory MP
By-election losses will seep like poison slowly into the Tory bloodstream

A Russian aggressor not respecting international borders would bring a “long-term disaster”, argued the prime minister.

Mr Johnson is clear he will stand full square behind President Volodymyr Zelenskyy in trying to fend off any demands for Ukraine to offer up territorial concessions to Russia in return for the end of this war.

It is these conversations that are likely to dominate the rest of the prime minister’s eight-day trip, as his flies to the G7 summit in Bavaria on Saturday night and then on to NATO.

At both these gatherings, the UK will be pressing Europe to set a deadline for importing Russian gas, discussing the next steps on sanctions, how to help export grain from Ukraine, and considering what further military and economic support might be afforded to the country. 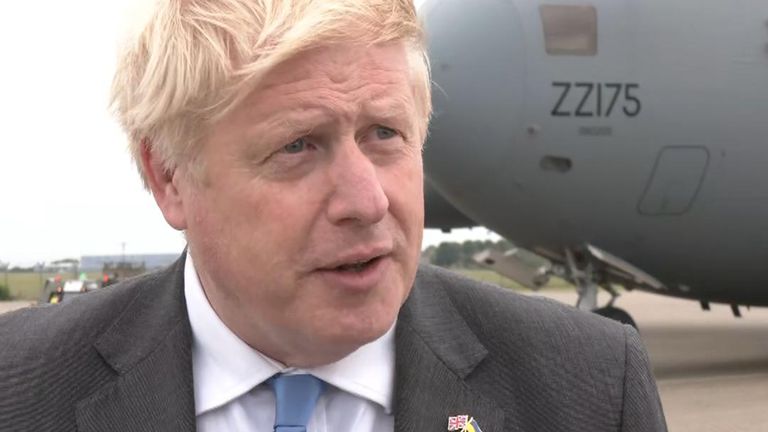 PM said last week he was worried about ‘Ukraine fatigue’

Will the government cut taxes next year?

But, as the prime minister acknowledged this weekend, as he sought (for most of the time at least) to lay the blame of election losses on mid-term blues and the cost of living crisis, people are looking to the government to help ease the squeeze on their incomes.

On that, the prime minister told me “of course we will do what we can” when I pressed him on whether the public could expect tax cuts next year.

But on public sector pay, he was less forthcoming about the prospect of bigger pay rises for workers to help offset soaring inflation.

Millions of public sector workers, already struggling with price rises, will be braced for real-terms pay cuts should wages go up 2-3% with inflation – already running at 9.1% – and forecast to hit double-digit figures in the autumn.

To put that in context, the average pay growth in the private sector at the moment is 8%.

But the PM refused on Saturday to commit to higher pay settlements against this difficult economic backdrop, as he warned of the risk of an inflationary spiral.

Brushing off the by-election defeats and the rumbling party revolt, reignited once more in the past 48 hours, are then only part of the problems he faces when he returns home.

A summer of possible strike action, pressure to help with bills and cut taxes, and all the while these difficult and contested decisions made in the pressure cooker of a prime minister who is still very much on the ropes.

Flybe collapses and cancels all flights, with hundreds of jobs lost
24 star Annie Wersching dies at the age of 45
2.3m households missed an essential payment in January, data reveals
Rising public support for unions despite widespread strikes, Sky News poll suggests
No 10 insists UK economy is strong despite IMF warning it will fare worse than any other in developed world – including Russia