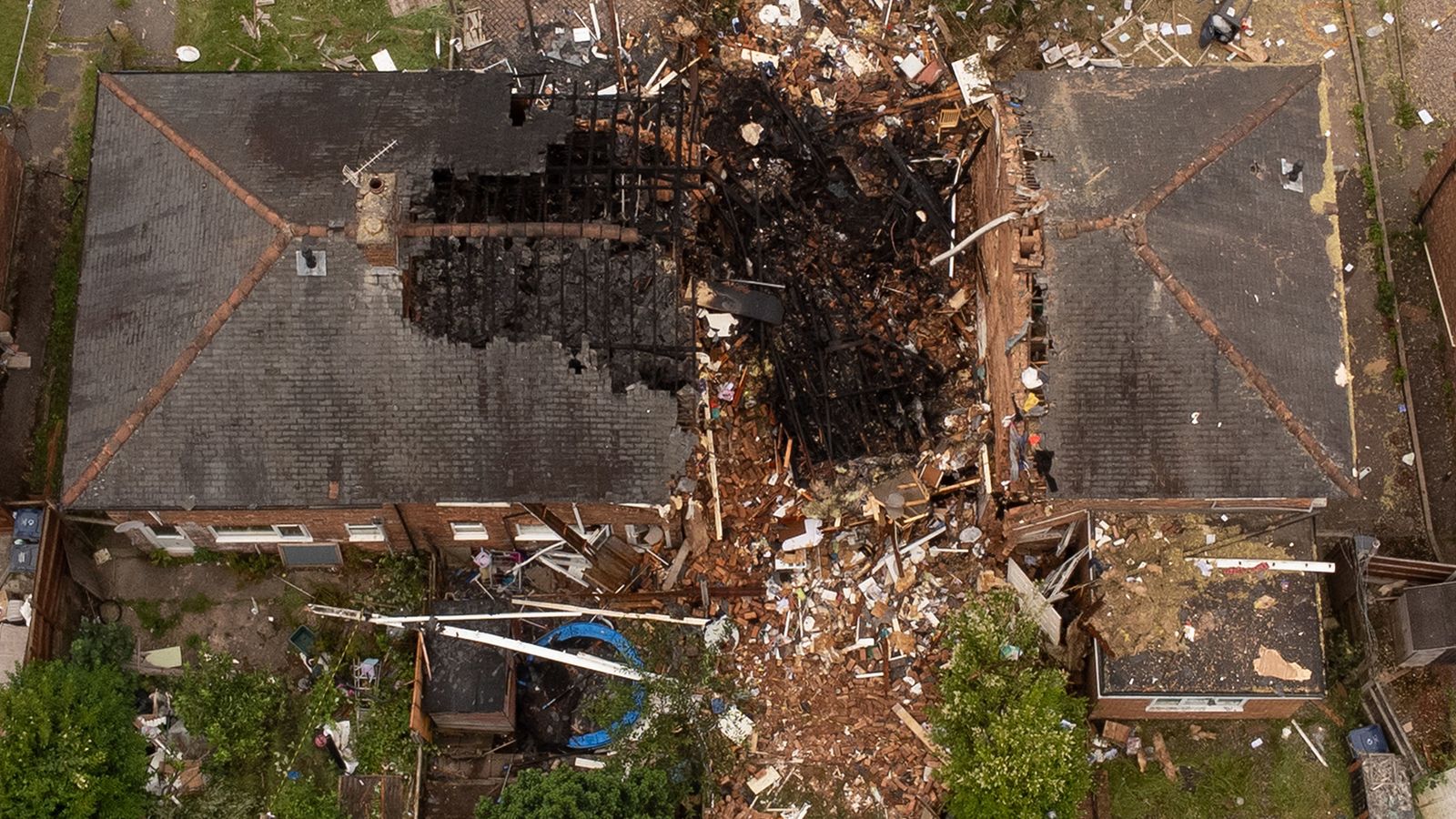 A woman has been found dead after a suspected gas explosion saw a house destroyed in Kingstanding, Birmingham last night.

West Midlands Fire Service said: “We’re very sad to confirm that a woman has been found dead at the scene of last night’s explosion in Kingstanding.

“Our thoughts and sympathies are with everyone affected.”

A mid-terraced house was destroyed and several others were significantly damaged as well as nearby cars after the blast at around 8.30pm last night.

Four other men suffered minor injuries and were assessed by ambulance crews, but were discharged at the scene.

The cause of the fire is not yet known.

Residents described to the PA news agency how they clambered past flaming debris, through dust and rubble, shortly after the blast, and pulled an injured man alive from the ruins of the house.

One man, who declined to give his name, said: “Everyone was watching, the house was on fire, nobody was going in, so we could see a way in – so we went in the house, me and about a dozen others.

“There was a guy in the back (of the house), we could hear the guy screaming, but he was trapped up against the fridge in the kitchen.

“The dust from the loft insulation was burning around us.

“We managed to get to him, and pull him out – I still have his blood on my jeans.

“We got him out, he ended up coming out on a mattress.

“But he was saying there was a woman in the house.”

WMFS said it was working with West Midlands Police, West Midlands Ambulance Service, Cadent Gas and the National Grid to manage the incident.

Six fire crews, three ambulances, five paramedic officers and a National Inter-Agency Liaison officer were among the resources sent to the scene.

Rick Payne, a city councillor for the ward, heard a “massive explosion” while watching television shortly after 8.30pm, and walked across to Dulwich Road to see what had happened.

He said: “I recognised that as probably most likely to be a gas explosion.

“The house itself, where the explosion occurred, has physically been destroyed. Houses either side have, partially. Then the houses further along the street have been damaged collaterally from the blast.”

Backstage With… Joe Cornish on his first TV project since The Adam And Joe Show
What is Scorpion, the now disbanded police unit at the centre of Tyre Nichols’ death?
Ukraine War: Will Germany send tanks to Ukraine?
Who will go to the Super Bowl? Our guide — including picks — for 49ers-Eagles, Bengals-Chiefs
Tory chairman Zahawi sacked over tax affairs row