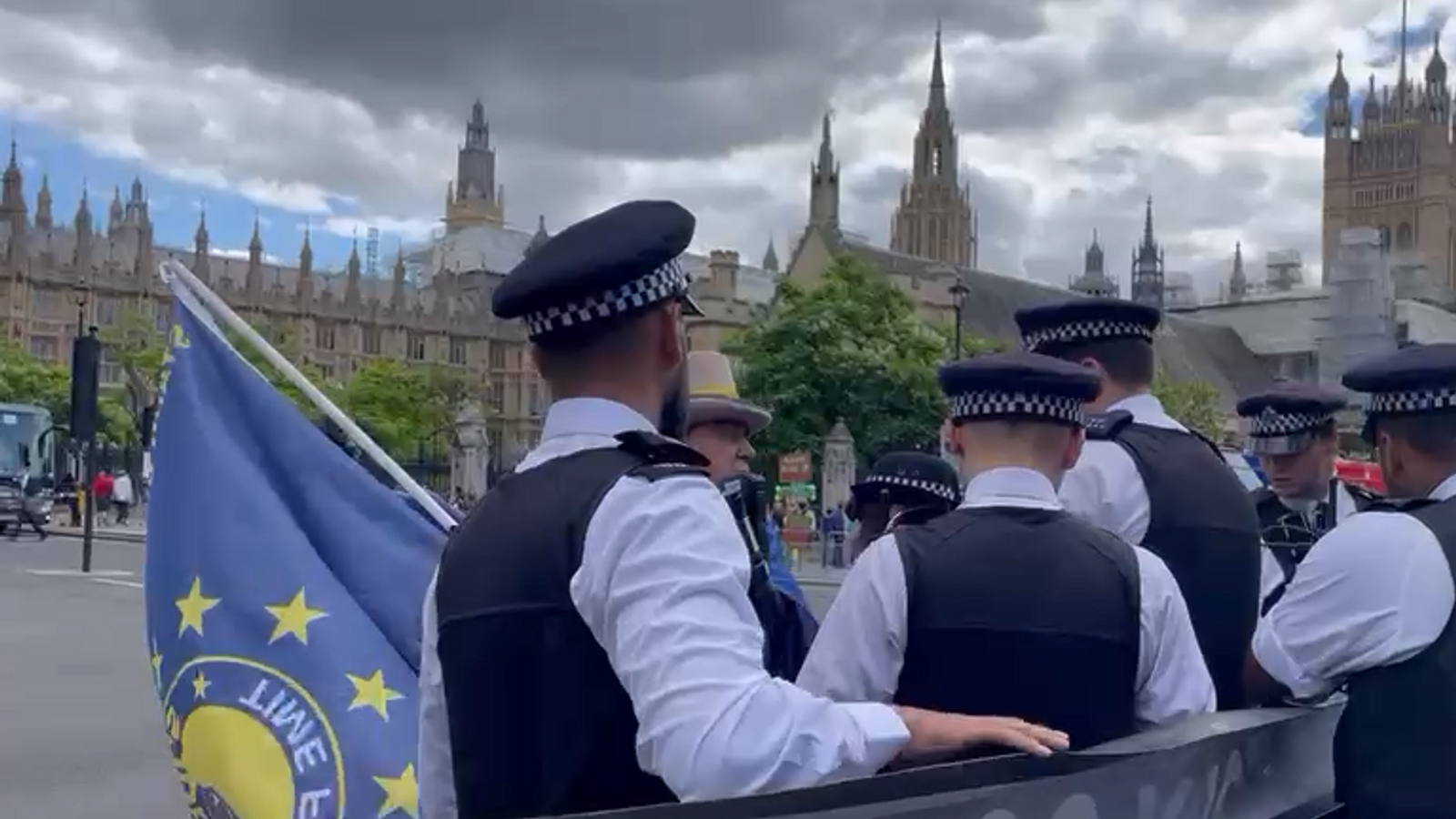 An anti-Brexit protester has had his amplifiers seized from him outside Parliament in line with new laws that came into force on Tuesday.

Steve Bray, known as the “Stop Brexit Man”, was demonstrating in Westminster when police took the equipment.

Under the Police Crime Sentencing and Courts Act, noisy protests are forbidden in a designated area outside the Houses of Parliament.

Social media videos showed Mr Bray struggling with offers and telling them “hands off” as they took his kit, with one responding: “You’ve already been warned not to turn it on.”

In another video posted on the protester’s Twitter account, a police officer was heard telling Mr Bray he would be summoned to court to get his amplifiers back, while other officers could be heard warning him he could be arrested if he continued to use speakers to play music.

The action by police was welcomed by former minister and Conservative MP Andrea Leadsom, who tweeted: “Steve Bray has spent six years screaming abuse through a loudhailer at me and many others as often as he saw us for the ‘crime’ of trying to fulfil the democratic decision of the UK to leave the EU.

“This action by the police to stop his violent protest is very welcome.”

But Labour MP and former shadow justice secretary Richard Burgon condemned the new law, adding: “For years, Steve Bray has protested outside the building my office is in. It’s loud and, at times, annoying – just as protests should be!

“It’s another sign of the creeping authoritarianism of this government that the new anti-protest laws are being used to target such protests.”