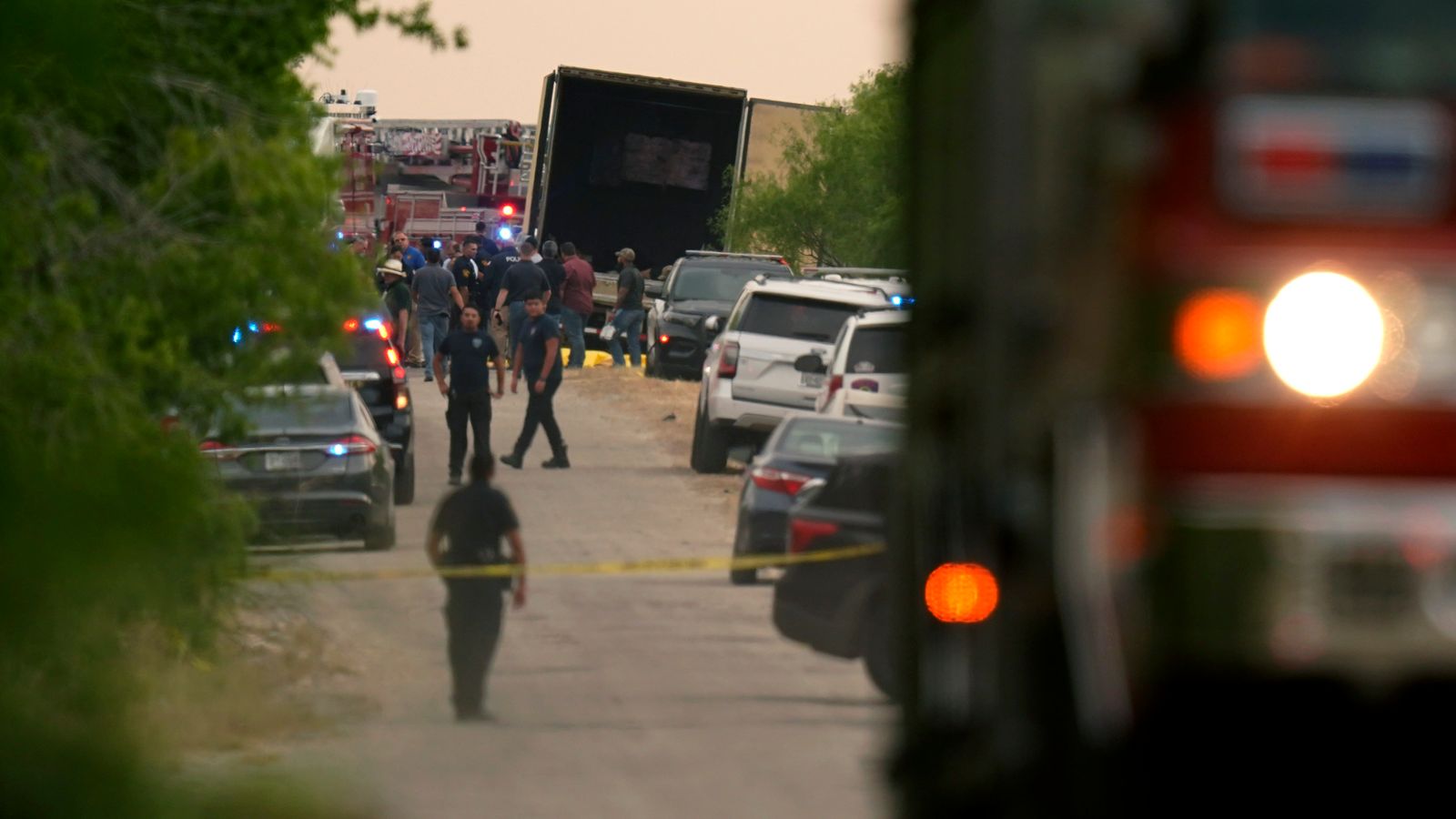 At least 40 people have been found dead inside a lorry in Texas, the state’s governor Greg Abbott has confirmed.

Citing a source close to the investigation, San Antonio’s WOAI TV said the dead were believed to be migrants and the truck was found next to railroad tracks in the city’s Southwest Side neighbourhood.

Mr Abbott, a Republican politician, confirmed in a Twitter post that at least 42 people were found dead inside the truck, adding: “These deaths are on Biden.

“They are the result of his deadly open border policies.”

So far there has been no official comment from the San Antonio police.

The Secretary of Foreign Affairs for Mexico said that a consul is on its way to the neighbourhood, adding that the nationalities of the deceased are unknown.

“Tragedy in Texas. Reportedly suffocated in trailer box,” he wrote on Twitter.

San Antonio Police haven’t confirmed anything officially but told Sky News that a news conference will be held.

Archbishop Gustavo, a Catholic priest in San Antonio lamented the tragedy so soon after the Uvalde shooting, writing on Twitter: “Lord have mercy on them. They hoped for a better life. Lord after Uvalde and now this, help us! We need you! So many people suffering. God, God, God.”

There has been no indication as to what may have caused the deaths, but temperatures in San Antonio, which is about 160 miles (250 km) from the Mexican border, hit a high of 103F (39.4C) on Monday with high humidity.