The Russian missile strike on a Ukrainian shopping centre amounts to a war crime, according to the G7.

On Monday, two air strikes in the city of Kremenchuk left at least 18 people dead and dozens injured.

President Volodymyr Zelenskyy said shortly after the attack that more than 1,000 civilians were inside the mall at the time of the strike.

“We stand united with Ukraine in mourning the innocent victims of this brutal attack. Indiscriminate attacks on innocent civilians constitute a war crime.

“Russian President Putin and those responsible will be held to account.”

The G7 leader’s comments come after Mr Zelenskyy described the attack as “one of the most daring terrorist acts in European history”.

“A peaceful city, an ordinary shopping centre, inside – women, children, ordinary civilians. Before the announcement of the air alert, there were about a thousand people (inside),” he said.

“Only completely heartless terrorists, who should have no place on earth, can strike missiles at such an object. And this is not a mistaken hit by missiles, this is a calculated Russian strike at this shopping centre.” 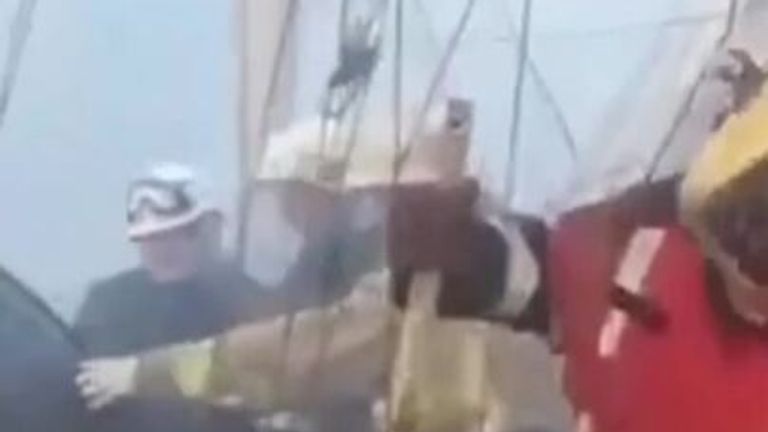 No military targets near the mall

Dmytro Lunin, the governor of the Poltava region, insisted there was no military target nearby that Russia could have been aiming at.

Video footage reportedly from inside the building moments after the attack showed scenes of panic as people ran through masses of debris to get out.

One person shouted “is there anyone there?”, while another called out for his mother, as smoke covered the area and shoppers appeared dazed.

A rescue operation was underway and nine of the wounded were in a serious condition, said Kyrylo Tymoshenko, the deputy head of the Ukrainian presidential office.

Kremenchuk, which is the site of Ukraine’s biggest oil refinery, lies on the Dnipro river in the region of Poltava.

Mr Zelenskyy stressed the shopping centre target presented “no threat to the Russian army” and had “no strategic value”.

He accused Russia of sabotaging “people’s attempts to live a normal life, which make the occupiers so angry”.

On the same day as the attack, the Ukrainian president spoke with the G7, saying that he wants the war to be over by the start of winter and urged Western leaders to send more military support.

Tuesday marks the final day of the G7 summit, with leaders moving to Madrid for the NATO summit.

G7 leaders are expected to announce an agreement to pursue a price cap on Russian oil, before turning their attention to the NATO summit. 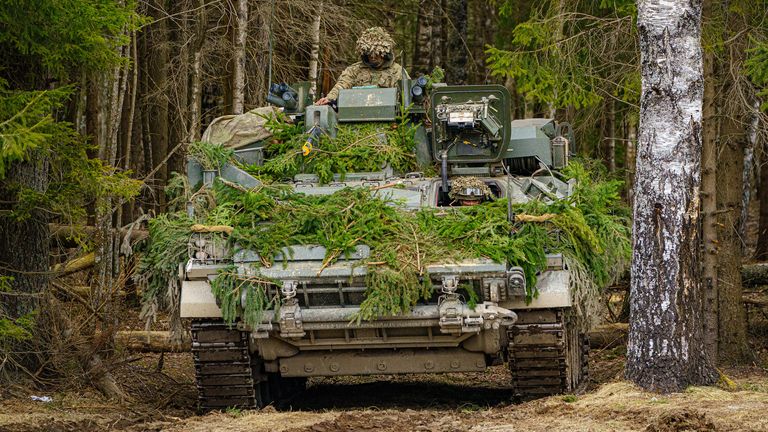 NATO’s Secretary-General Jens Stoltenberg said on the eve of the summit that the alliance will agree to a new assistance package for Ukraine.

The military alliance also placed 300,000 troops at high readiness, with the number of forces in the Baltic states and five other frontline country increased “up to brigade levels”.

That would amount to “the biggest overhaul of our collective defence and deterrence since the cold war,” he said.

The rapid-reaction NATO Response Force currently numbers up to 40,000, and the proposed change amounts to a broad revision in response to Russian militarisation.

Under the plans, NATO will also move stocks of munitions and other supplies farther east, a transition due to be completed in 2023.

Read more:
The lessons the MoD is learning from Ukraine and what it means if the UK went to war with Russia
Zelenskyy says he wants war over by winter before conditions make fightback more difficult

Meanwhile, the Foreign Secretary, Liz Truss, warned against an “uneasy peace” in Ukraine that would mean the country giving up land it has lost to Russia since 2014.

In an interview with Die Welt, La Repubblica and El Pais, Ms Truss said the West should provide “all the equipment”, training and “all the support we can” to Kyiv.

“What we cannot have is some uneasy peace, where Russia is still present in Ukraine; that is not going to work.

“We know what happened in 2014 with the Minsk agreements, ultimately, Russia regrouped and came back for more afterwards, so we cannot allow that situation to happen again,” she said.

The King’s Quest: When will LeBron pass Kareem?
Man escapes feared Russian agency, reveals what Russian spies are saying
How to watch all the big films nominated for Oscars and BAFTAs
House Speaker McCarthy spoke with Musk about making Twitter ‘fair on all sides’
Djokovic wins Australian Open a year after he was deported over COVID vaccine row