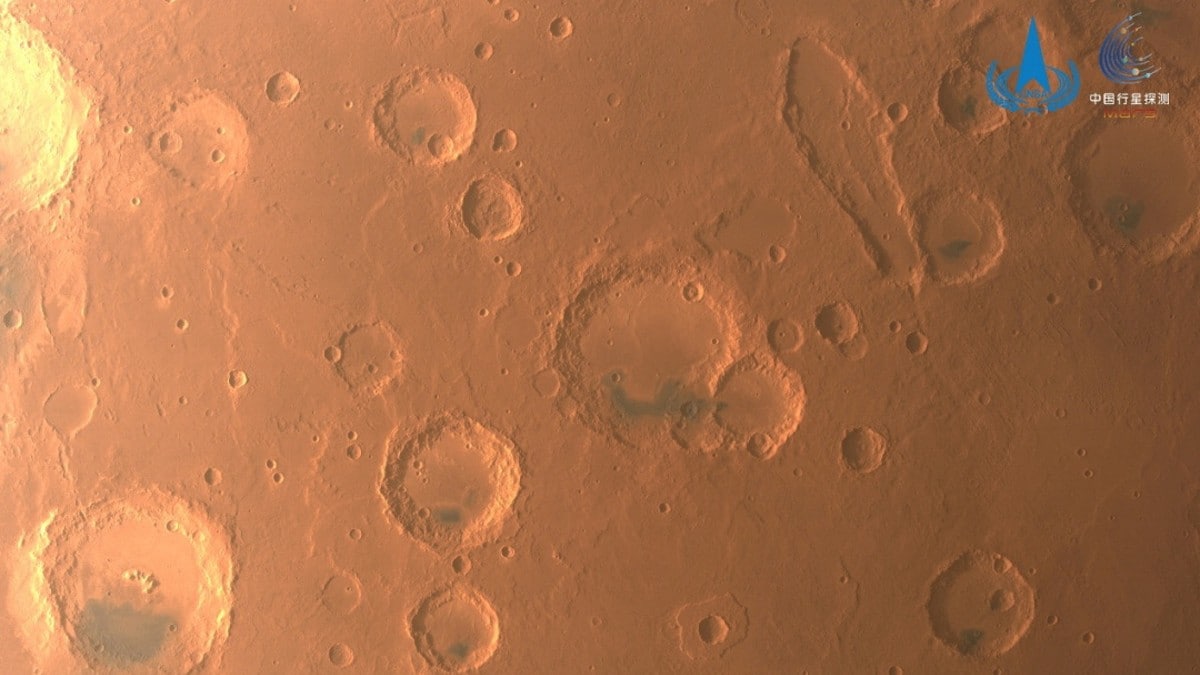 An uncrewed Chinese spacecraft has acquired imagery data covering all of Mars, including visuals of its south pole, after circling the planet more than 1,300 times since early last year, state media reported on Wednesday.

China’s Tianwen-1 successfully reached the Red Planet in February 2021 on the country’s inaugural mission there. A robotic rover has since been deployed on the surface as an orbiter surveyed the planet from space.

Among the images taken from space were China’s first photographs of the Martian south pole, where almost all of the planet’s water resources are locked.

In 2018, an orbiting probe operated by the European Space Agency had discovered water under the ice of the planet’s south pole.

Locating subsurface water is key to determining the planet’s potential for life, as well as providing a permanent resource for any human exploration there.

Other Tianwen-1 images include photographs of the 4,000km long canyon Valles Marineris, and impact craters of highlands in the north of Mars known as Arabia Terra.

Tianwen-1 also sent back high-resolution imagery of the edge of the vast Maunder crater, as well as a top-down view of the 18,000-metre Ascraeus Mons, a large shield volcano first detected by NASA‘s Mariner 9 spacecraft more than five decades ago.

‘I told her how much I loved her’: Husband of Dame Deborah James on her last moments
Coronavirus: Wales scraps next summer’s GCSE, AS and A-level exams
Elon Musk challenges Twitter CEO Parag Agrawal to a debate on bots
The Length of Earth’s Days Has Been Mysteriously Increasing, and Scientists Don’t Know Why
China’s ambassador to the UK summoned over Taiwan ‘escalation’