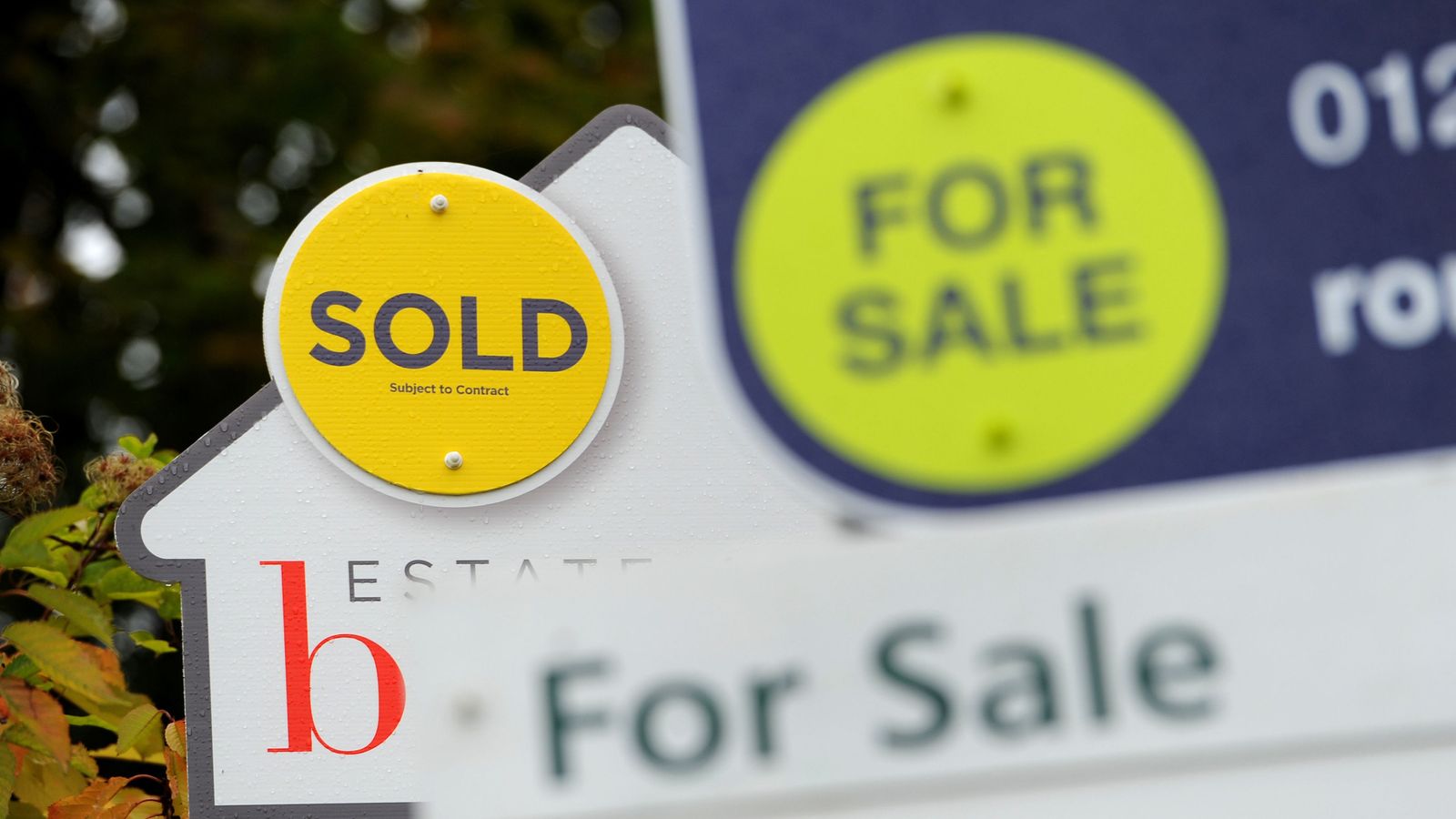 A closely-watched measure of the UK housing market has reported a “surprising amount of momentum” despite the mounting cost of living crisis, with prices hitting a new record.

The Nationwide study covering June showed the annual rate of house price growth easing back for the third month in a row, to 10.7% from 11.2% in May.

That was despite a 0.3% rise month-on-month, the mortgage lender said, which took the average cost of a property to a new high of £271,613.

Its chief economist Robert Gardner said of the conflicted market: “There are tentative signs of a slowdown, with the number of mortgages approved for house purchases falling back towards pre-pandemic levels in April and surveyors reporting some softening in new buyer enquiries.

“Nevertheless, the housing market has retained a surprising amount of momentum given the mounting pressure on household budgets from high inflation, which has already driven consumer confidence to a record low.”

He pointed to high employment as supporting activity but buyers are facing a raft of higher bills, with inflation hitting a 40-year high driven mainly by rising costs for things such as energy, fuel and food.

The Bank of England has raised the Bank rate five times in a bid to curb some of the inflationary pressures facing the country.

That tightening has forced up borrowing costs, with mortgage customers on standard variable and tracker deals facing a higher burden alongside those seeking a new fixed rate.

Mr Gardner continued: “Part of the resilience is likely to reflect the current strength of the labour market, where the number of job vacancies has exceeded the number of unemployed people in recent months.

“Furthermore, the unemployment rate remains close to 50-year lows. At the same time, the stock of homes on the market has remained low, which has helped to keep upward pressure on house prices.”

He concluded: “The market is expected to slow further as pressure on household finances intensifies in the coming quarters, with inflation expected to reach double digits towards the end of the year.”