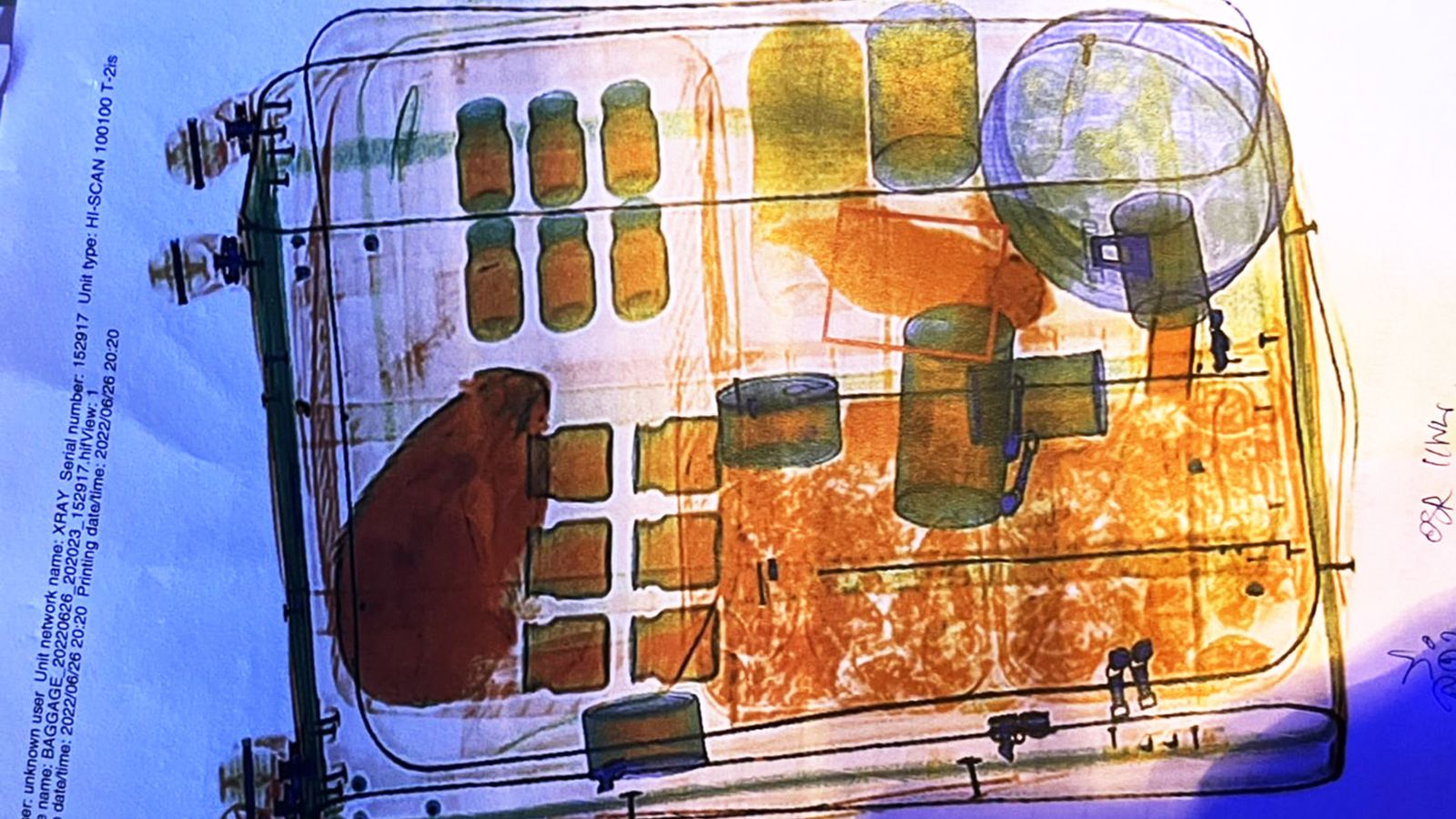 Two women have been arrested after trying to smuggle 109 live animals out of Thailand in their luggage.

The pair were trying to board a Thai Airways flight to India, and suspicions were raised following what was meant to be a routine X-ray inspection.

Both have been arrested and charged with violations of Thailand’s Wildlife Preservation and Protection Act, Customs Act, and Animal Epidemic Act.

The incident happened at Bangkok’s Suvarnabhumi Airport on Monday.

According to Traffic, a non-governmental organisation that monitors the trade of wild animals, such incidents are a “serious and growing” problem.

“It comprises the fourth-largest illegal trade worldwide after arms, drugs and human trafficking, and frequently links with other forms of serious crime such as fraud, money laundering, and corruption,” a March 2022 report warned.

Common motivations for wildlife smuggling include their use for food, traditional medicines, artefacts, fashion and exotic pets.

Between 2011 and 2020, Traffic’s research claims more than 70,000 wild animals – including their body parts or derivatives – were discovered at Indian airports.

And Chennai International Airport, where the arrested pair were travelling, had the highest number of wildlife seizure incidents in the country.

Politicians are not offering a comprehensive solution on how to fix the NHS
Met Police says two to three officers will face charges every week for months
Djokovic wins Australian Open a year after he was deported over COVID vaccine row
Church’s progress on same-sex marriage will be ‘glacial’, archbishop tells Sandi Toksvig
The ‘tear-gassed’ Palestinians trying to stop Israeli settlers occupying their land