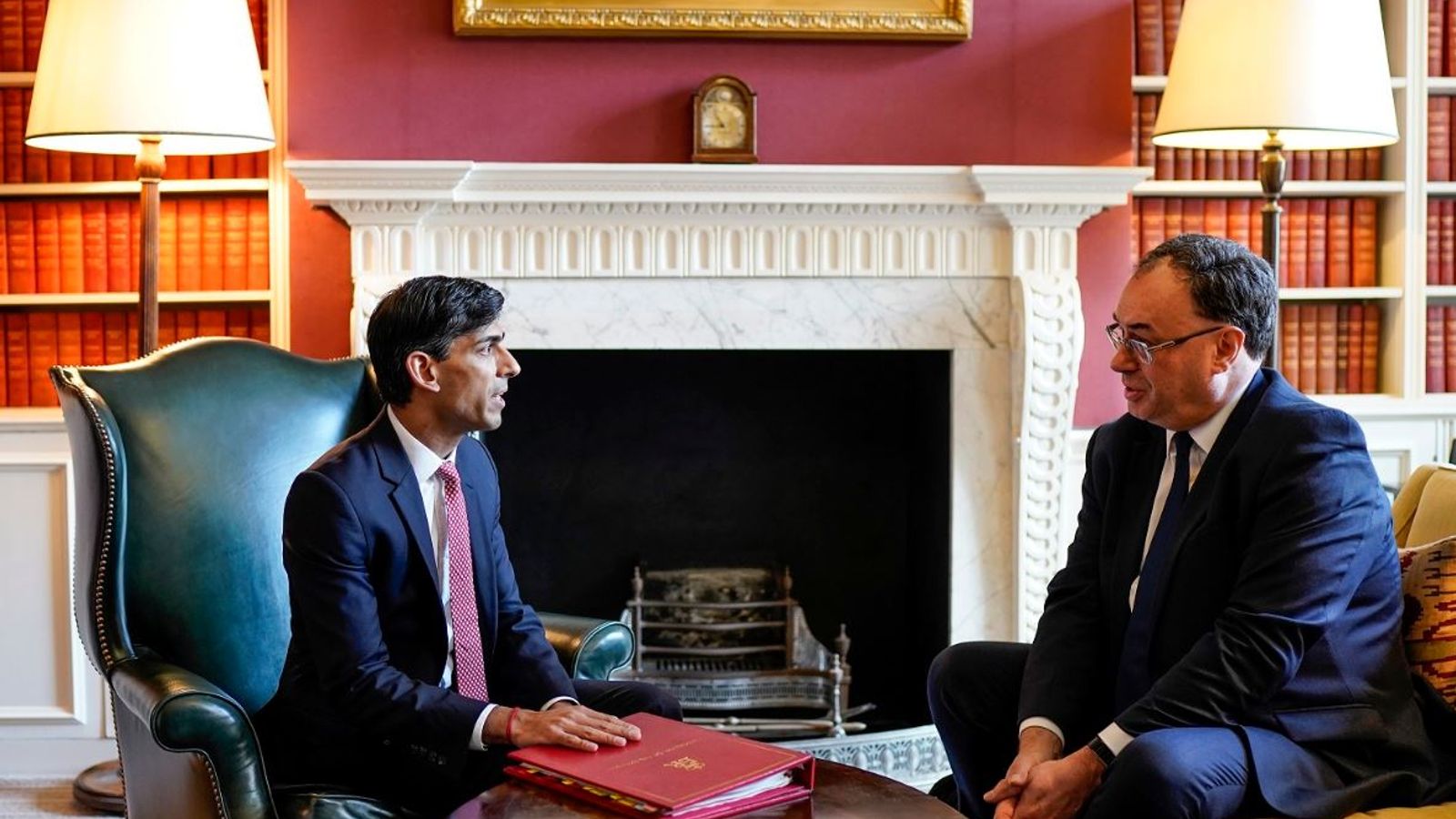 The governor of the Bank of England is opposing plans drawn up by the Treasury that would allow ministers to overrule financial watchdogs on key areas of City regulation.

Sky News has learnt that Andrew Bailey has expressed disquiet about a so-called ‘call-in power’ that will be included in the Financial Services and Markets Bill, which is due to be introduced this year.

The clause, which is designed only to be invoked in circumstances where ministers believe it would be in Britain’s national interest to intervene, has exposed tensions between the Treasury and the Bank, according to a City executive who has been briefed on the issue.

Mr Bailey is said to believe that the existence of the call-in power would undermine perceptions of the Bank’s independence, although the bill would have no bearing at all on its interest rate-setting autonomy.

One ally of the governor said the issue could yet be resolved amicably but that Mr Bailey might need “further reassurance” about the circumstances in which the new mechanism would be triggered.

The new power to overrule the Prudential Regulation Authority (PRA) would be held in reserve, akin to the Treasury’s ability to ‘electrify’ the ring-fence that was introduced to safeguard depositors at Britain’s major retail banks in 2019.

It would rarely, if ever, be used, according to one source.

If it was invoked, any attempt to overrule regulators’ decisions would be expected to need parliamentary approval, they added.

One example of where the new call-in power could be invoked would be in relation to the Solvency-II insurance industry reforms being drawn up by the Treasury, but which are meeting a degree of resistance from the PRA.

Ministers have pledged that the overhaul will free up tens of billions of pounds for insurers to invest in UK infrastructure projects.

During a meeting this week, however, insurance executives told Rishi Sunak, the chancellor, and John Glen, the City minister, that they were concerned about the PRA’s attitude towards the reforms.

Mr Sunak is expected to outline details of the new bill in his annual Mansion House speech later this month, as the Treasury seeks to accelerate changes to the City rulebook which can deliver a post-Brexit ‘dividend’.

Unveiled in the Queen’s Speech in May, the bill’s most prominent components hailed by the Treasury involved a commitment to preserving access to cash; revoking EU financial services law and replacing it with a UK-centric approach; and updating the objectives of industry regulators, including the Financial Conduct Authority, to include economic growth and international competitiveness.

The amendments to watchdogs’ objectives has triggered opposition from critics who argue that a focus on competitiveness risks undermining the primary duty to promote financial stability.

The bill also includes reforms to UK capital markets regulation to promote investment, as well as new protections for consumers who become the victims of scams.

“We are reforming our financial services sector now we have left the EU to ensure it acts in the interests of communities and citizens, creating jobs, supporting businesses, and powering growth across all of the UK,” Mr Glen said when the bill was unveiled in May.

There are, however, no immediate plans to scrap aspects of EU-wide legislation such as the bonus cap, with the cost-of-living crisis making it politically unpalatable to remove restrictions on bankers’ pay.

The Bank of England declined to comment on Saturday, while the Treasury said: “As announced in the Queen’s speech, the forthcoming Financial Services and Markets Bill will enhance our position as a global leader in financial services, capitalise on the benefits of Brexit by cutting EU red tape and promote a competitive marketplace which spurs investment to deliver for individuals and businesses.

“The Bill will be introduced when parliamentary time allows.”