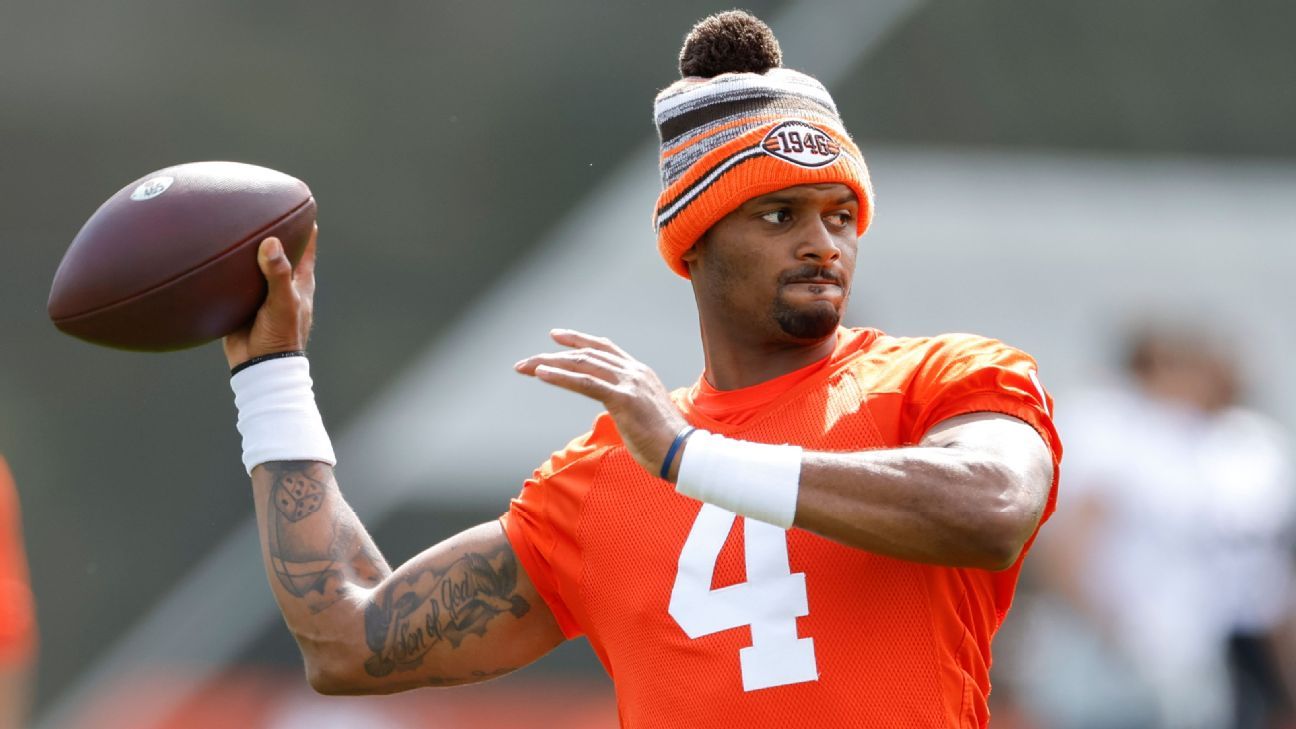 AUSTIN, Texas — Attorneys for multiple women suing Deshaun Watson over allegations of sexual misconduct are seeking the documents from the NFL’s investigation into the former Houston Texans quarterback.

According to the motion filed Friday by the women’s attorneys, Tony Buzbee and Cornelia Brandfield-Harvey, the legal team seeks any and all reports and files from the NFL’s investigation into Watson, including recorded interviews, witness statements and communications. The notice of intention to take deposition by written questions also asks for photographs and “any other type of documents in your files and/or documents regarding the investigation of Deshaun Watson.”

Watson, who was later traded to the Cleveland Browns, has denied any wrongdoing and vowed to clear his name.

A hearing with NFL disciplinary officer Sue L. Robinson, a retired judge, ended Thursday in Delaware. According to ESPN’s Dan Graziano, Robinson asked for post-hearing briefs, which will be due the week of July 11.

There is no set timeline for Robinson’s decision. A source told Graziano that Robinson is expected “to take her time,” although she is expected to rule before the Browns open training camp late next month on whether the 26-year-old violated the league’s personal conduct policy and whether to impose discipline.

The NFL has been pushing for a suspension of at least a year, according to Graziano, who reported that both sides engaged in multiple attempts to reach a settlement while the hearing was still happening, but remain unable to agree.

Last month, Watson settled 20 of 24 lawsuits accusing him of sexual misconduct when he played for the Texans.

Information from The Associated Press was used in this report.

Police search around-the-clock for suspect in brutal kidnapping
Avis has new T&Cs for renting its EVs, and they’re a little weird
One of UK’s most wanted arrested in Morocco over Essex drive-by shooting
CNN fact-checks McCarthy’s ‘highly misleading’ claims about Pelosi
24 star Annie Wersching dies at the age of 45