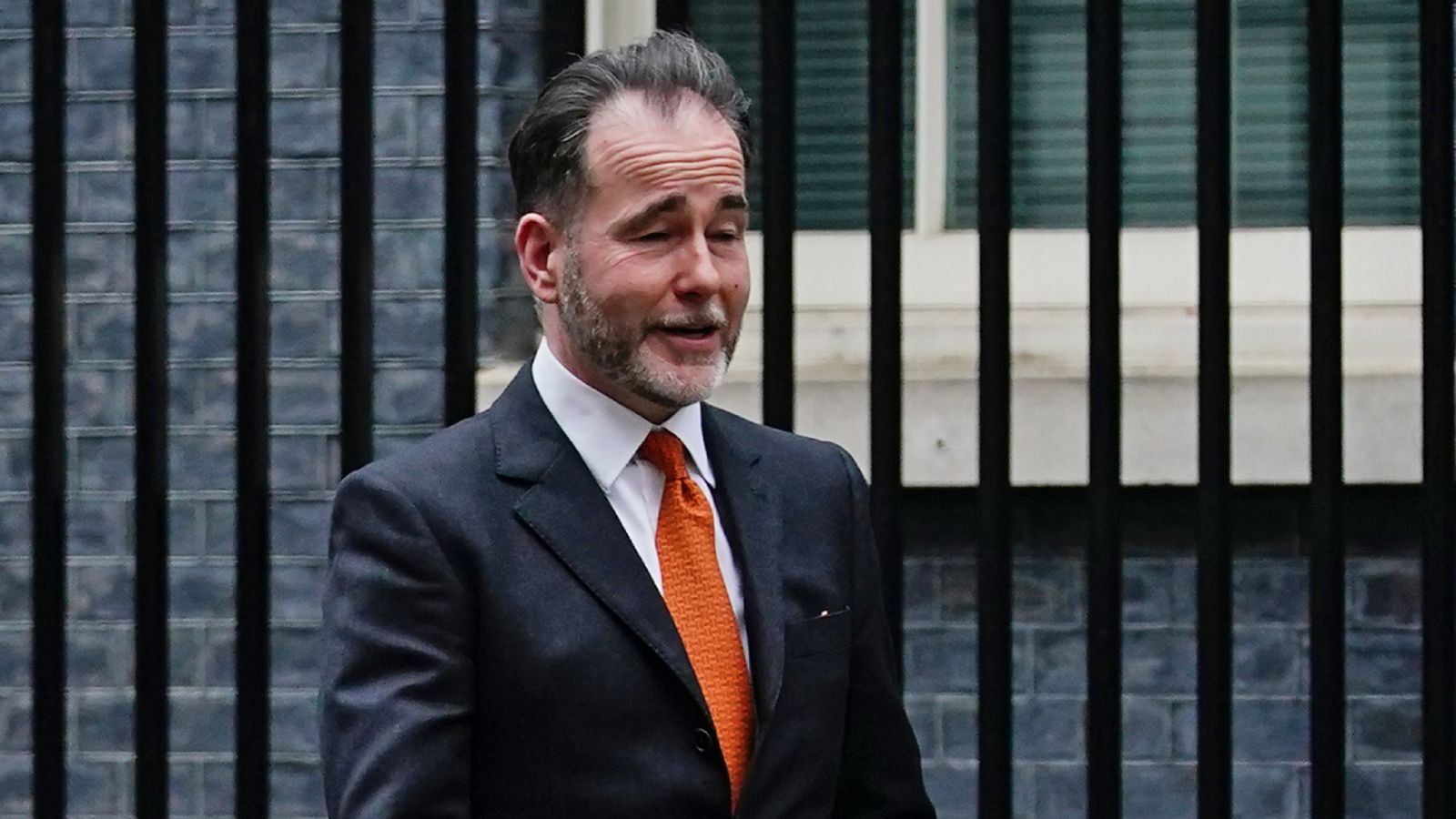 Boris John made the “choice he thought was best” in appointing Chris Pincher to government and was “not aware of specific claims” about the Tory MP, a cabinet minister has insisted.

Speaking to Sky News’ Sophy Ridge On Sunday programme, Work and Pensions Secretary Therese Coffey also rejected the idea there was a “problem with Conservative men”, following a string of sexual misconduct scandals.

Meanwhile, Labour has moved to ramp up the pressure on the prime minister over the latest controversy, arguing the ruling party “repeatedly chooses to do what is politically expedient over what is right”.

Mr Pincher quit as Conservative deputy chief whip after he was accused of drunkenly groping two men at a private members’ club in London this week.

Mr Johnson only bowed to demands to remove the whip from his ally, meaning he is now sitting in the Commons as an independent, after an official investigation was launched.

The prime minister has faced questions over how much he knew about Mr Pincher’s behaviour when he made him deputy chief whip in February.

Former adviser Dominic Cummings said Mr Johnson had referred to the MP “laughingly in No 10 as ‘Pincher by name, pincher by nature’ long before appointing him”.

Fresh allegations emerged about Mr Pincher’s behaviour as the Tamworth MP said he was seeking “professional medical support” and hopes to return to represent his constituents in Staffordshire “as soon as possible”.

Defending the appointment of Mr Pincher, Ms Coffey, “I think the prime minister made the choice he thought was best for the interests of the government in order the help get government business through.”

“I am aware that the prime minister was not aware of specific claims that had been made,” she added.

But shadow business secretary Jonathan Reynolds told Ridge: “I think we’ve got to acknowledge what the consistent problem is and it is a Conservative Party that repeatedly chooses to do what is politically expedient over what is right.

“It’s clear from what we know this morning that Chris Pincher should never have been put back into the whips’ office.”

Mr Reynolds was reminded of former Labour MPs accused of sexual misconduct and was told his party is not “squeaky clean”.

He replied: “As well as being shadow business secretary, I am a member of the Labour Party’s national executive committee – I have the humility to know, yes, we have problems, I’m often a person who has to respond and deal with those.

“But I can tell you what we don’t have is what I observe in the Conservative Party, which is the repeated decision to make the wrong decision if that’s in whatever short-term interest they perceive they have.”