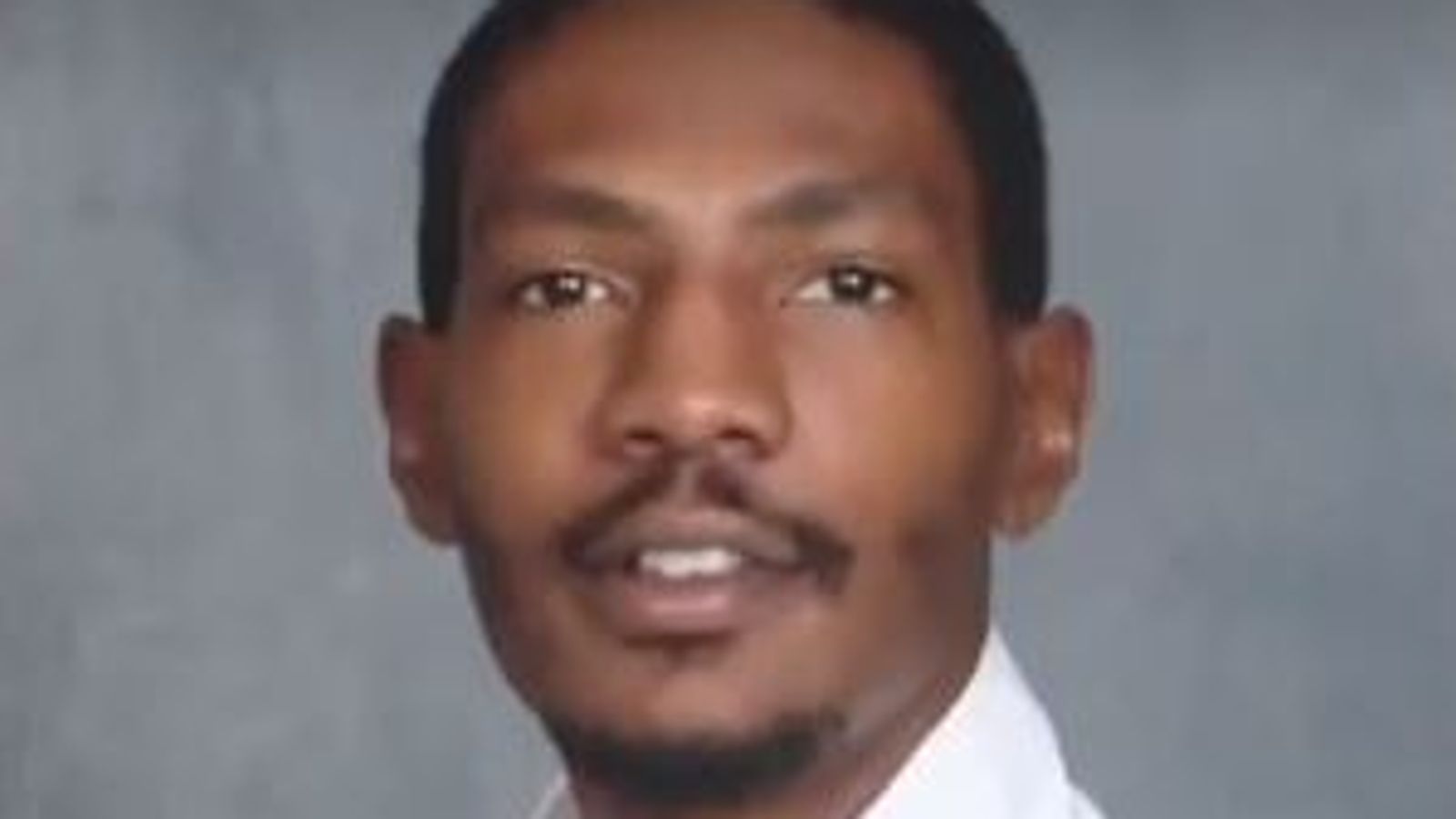 Police have released bodycam footage showing the moment a black man was shot up to 60 times after he fled a traffic stop.

Eight police officers in Akron, Ohio, were involved in the shooting of Jayland Walker, 25, last week after a pursuit by car and on foot.

Police say they believed Walker was armed at the time he was shot, but the family’s lawyer said his team has not seen any evidence Walker fired a weapon and that police body-camera footage showed him running with his back to officers when they gunned him down.

Officers played multiple videos at a news conference, one of which they said shows a gunshot being fired from the car driven by Walker who was being chased by police.

Walker jumped out of the car and ran away from the authorities, the video showed.

Police say it appears he was turning toward officers, who at the time believed he had a weapon.

A gun was later recovered from his car.

The attorney for the Walker family, Bobby DiCello, had cautioned that the video was “brutal,” in comments published on Saturday by the Akron Beacon Journal.

“He is just in a down sprint when he is dropped by – I think the count is more than 90 shots,” DiCello said.

“Now how many of those land, according to our investigation right now, we’re getting details that suggest 60 to 80 wounds.”

Speaking at a press conference moments before police bodycam footage of the fatal incident was shown, Mayor Daniel Horrigan said: “I know this is a sombre occasion for all of us and for the entire city. The city mourns with you.

“The video you are about to watch is heartbreaking and it’s very tough to watch and I have a number of questions myself.”

A lawyer for Walker’s family said his relatives feared that protests in response to the killing could turn violent.

In its initial statement last week, Akron Police Department said its officers “attempted to stop a vehicle for traffic violation” around 12.30am on Monday.

The force said the driver refused to stop and officers gave chase, with the police reporting “a firearm being discharged from the suspect vehicle”.

Police said Walker jumped out of his moving car and officers continued their chase on foot.

“Actions by the suspect caused the officers to perceive he posed a deadly threat to them,” the force said.

“In response to this threat, officers discharged their firearms, striking the suspect.”

He was pronounced dead at the scene.

The shooting was the latest in a spate of killings of black men by law enforcement in the US, including the 2020 murder of George Floyd in Minneapolis that ignited global protests.