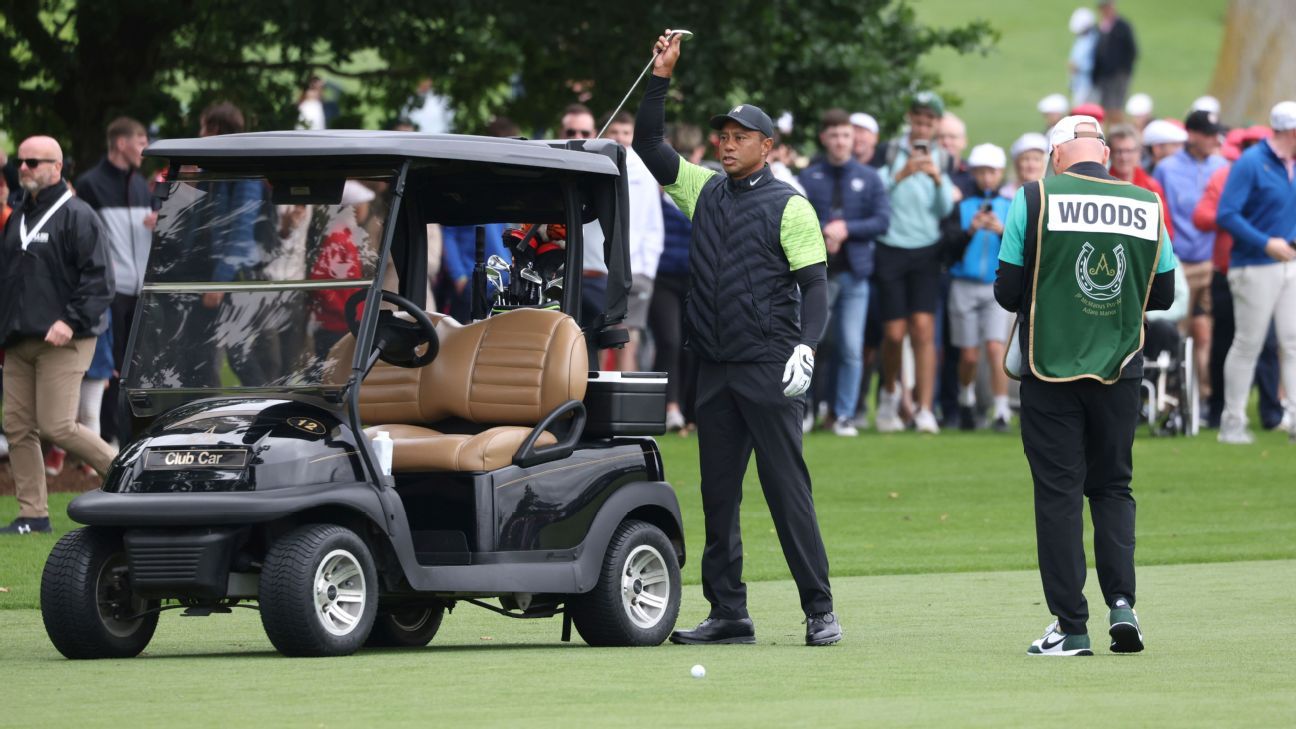 Tiger Woods was back playing competitive golf Monday, shooting a 5-over 77 at the star-studded JP McManus Pro-Am at Adare Manor in Limerick, Ireland.

Woods sits in a tie for 43rd in the 50-player field. Xander Schauffele, coming off a win at the Travelers a week ago, sits in first after an opening, bogey-free 64.

For Woods, the event is a tuneup to next week’s Open Championship at famed St. Andrews in Scotland. Woods hasn’t played since withdrawing following the third round of the PGA Championship, where he struggled in cooler temperatures while shooting a 79, then pulled out hours later. It was just his second tour event since he was seriously hurt in a car crash in February 2021; Woods also competed in the Masters, finishing 47th. He opted to skip last month’s U.S. Open, saying he needed to give his body more time to heal and get stronger.

On Monday, Woods was 5 over on the front, with a double bogey at the par-4 second. He went birdie-bogey-eagle-bogey to start his back side en route to the 77. The eagle on the par-5 12th came on a chip-in from the front side of the green.

Woods has now played eight competitive rounds this year (although Monday’s was unofficial). He’s shot 77 or higher in four of them, and overall he’s a combined 30 over.

Leona Maguire, the LPGA Tour member from Ireland and the only woman in the field, was at even par.

Insolence of Russian troops in Kherson appears to confirm officers have fled, source says
Households massively underestimating how much energy bills will rise, with some thinking they will fall
NASA’s Artemis 1 Space Launch System Moon Rocket Rolls Out for Launch on August 29
Labour to call for energy price cap freeze amid cost of living crisis
No. 1 Swiatek rankled by US Open’s tennis balls