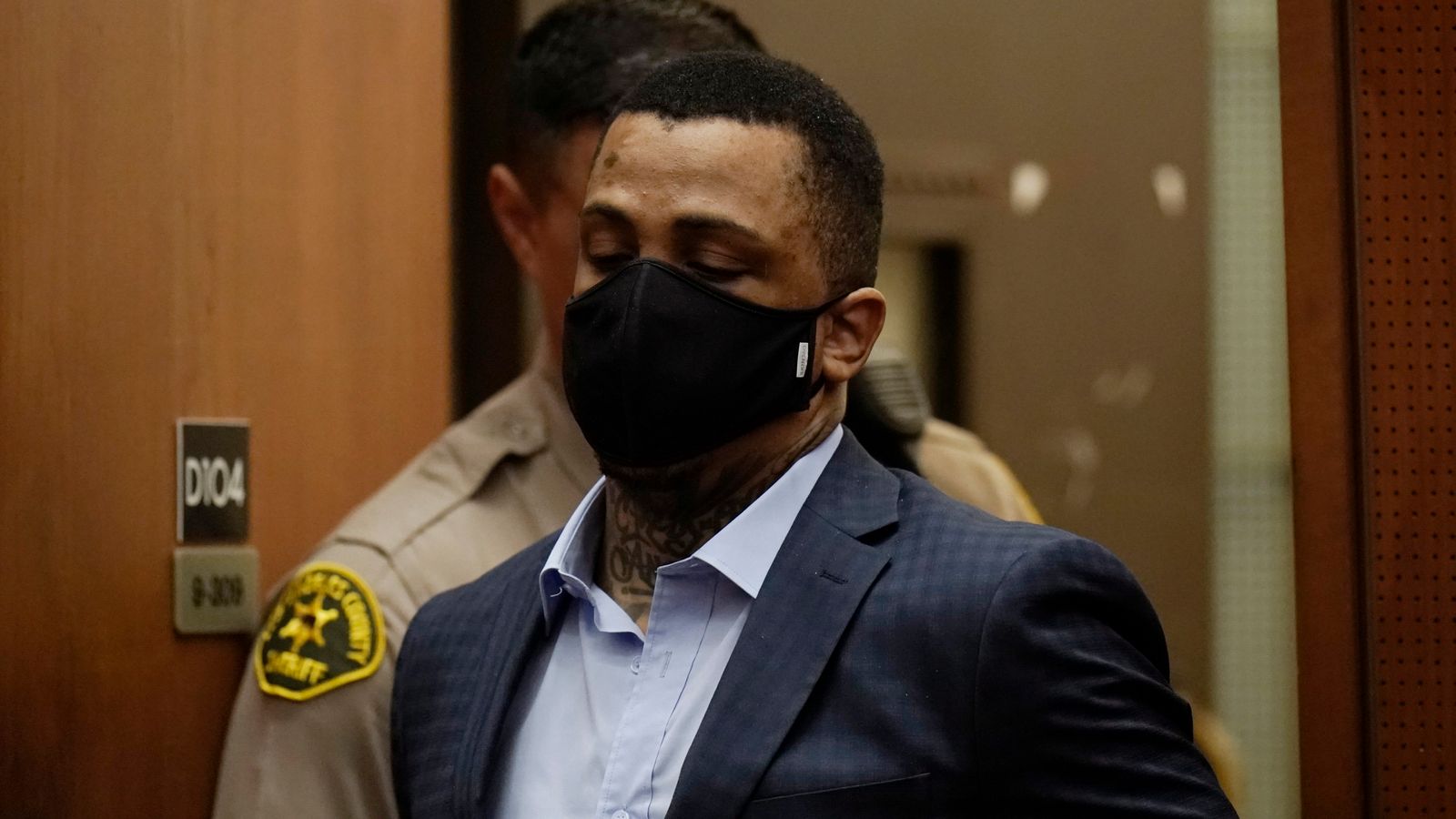 A 32-year-old man has been found guilty of first-degree murder over the 2019 shooting of rapper Nipsey Hussle.

Holder, wearing a blue suit and face mask, did not react when the jury delivered its verdict after about six hours of deliberation.

Holder and Hussle had known each other for years, having grown up in the same South Los Angeles street gang.

The shooting came after a conversation between them and two others about rumours that Holder was an informant for authorities.

The evidence against Holder included witness reports, and nearby surveillance cameras that captured his arrival at the scene, the shooting, and his departure.

His lawyer Aaron Jansen did not deny he was the gunman but said jurors should find him guilty of voluntary manslaughter – not murder.

Mr Jansen said accusing Holder of being an informant had prompted a “heat of passion”, adding: “This is a provocation that stirs up rage and powerful emotion”.

But Deputy District Attorney John McKinney said others involved in the conversation had been calm, meaning this could not have been the motive.

The time between the conversation and the shooting was more than enough for Holder to plan the killing – a requirement for first-degree murder, Mr McKinney added.

Hussle – whose legal name is Ermias Asghedom – was 33 when he was gunned down outside his clothing store in Los Angeles, having just released an album which earned him his first Grammy nomination.

The father of two was shot at least 10 times, the court heard.

He was a beloved member of the south Los Angeles community, where he owned several businesses.

He was also an advocate against gun violence and had been due to meet Los Angeles law enforcement to discuss ways to stop gang violence.